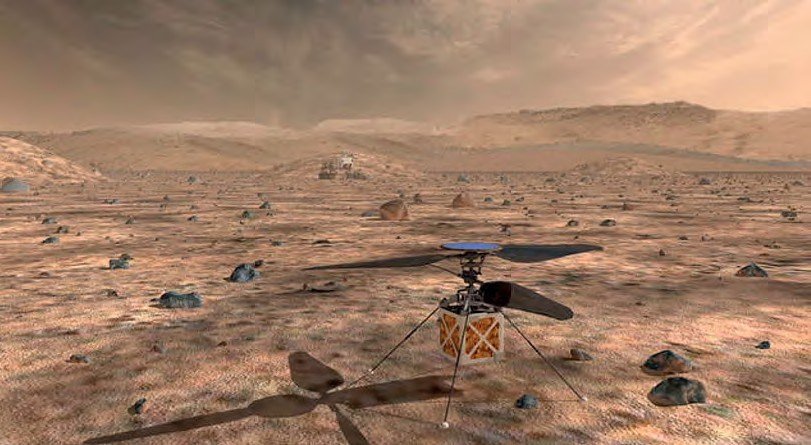 The Mars Helicopter will travel with NASA’s Mars 2020 rover, currently scheduled to launch in July 2020, to demonstrate the viability and potential of heavier-than-air vehicles on the Red Planet. JPL-Caltech/NASA

Unmanned systems developer AeroVironment is collaborating with NASA to manufacture an autonomous rotary-wing vehicle to fly on Mars. The Mars Helicopter will travel to the Red Planet with NASA’s Mars 2020 rover mission and will demonstrate the viability of using heavier-than-air vehicles there.

With Mars several light minutes away, there is no way to control the mission in real time, so the Mars Helicopter will fly autonomously. The low atmospheric density means the system will fly at an Earthequivalent altitude of 100,000ft; twin counter-rotating blades will bite into the thin atmosphere at almost 3,000rpm, about ten times the rate of a helicopter on Earth.

AeroVironment has tested subscale prototypes of its subsystems on representative engineering development models. The company is currently building flight versions ready for integration into the vehicle by JPL, which will install the completed Mars Helicopter into the Mars 2020 rover for its ride to a yet-to-bedetermined Martian landing site; the launch is due in July 2020.