Vladimir Trendafilovski provides an update on the status of the Ukrainian Navy’s single aviation unit – the 10th Naval Aviation Brigade at Kul’bakino air base near Mykolayiv – which has recently received new rotary and fixed-wing equipment. 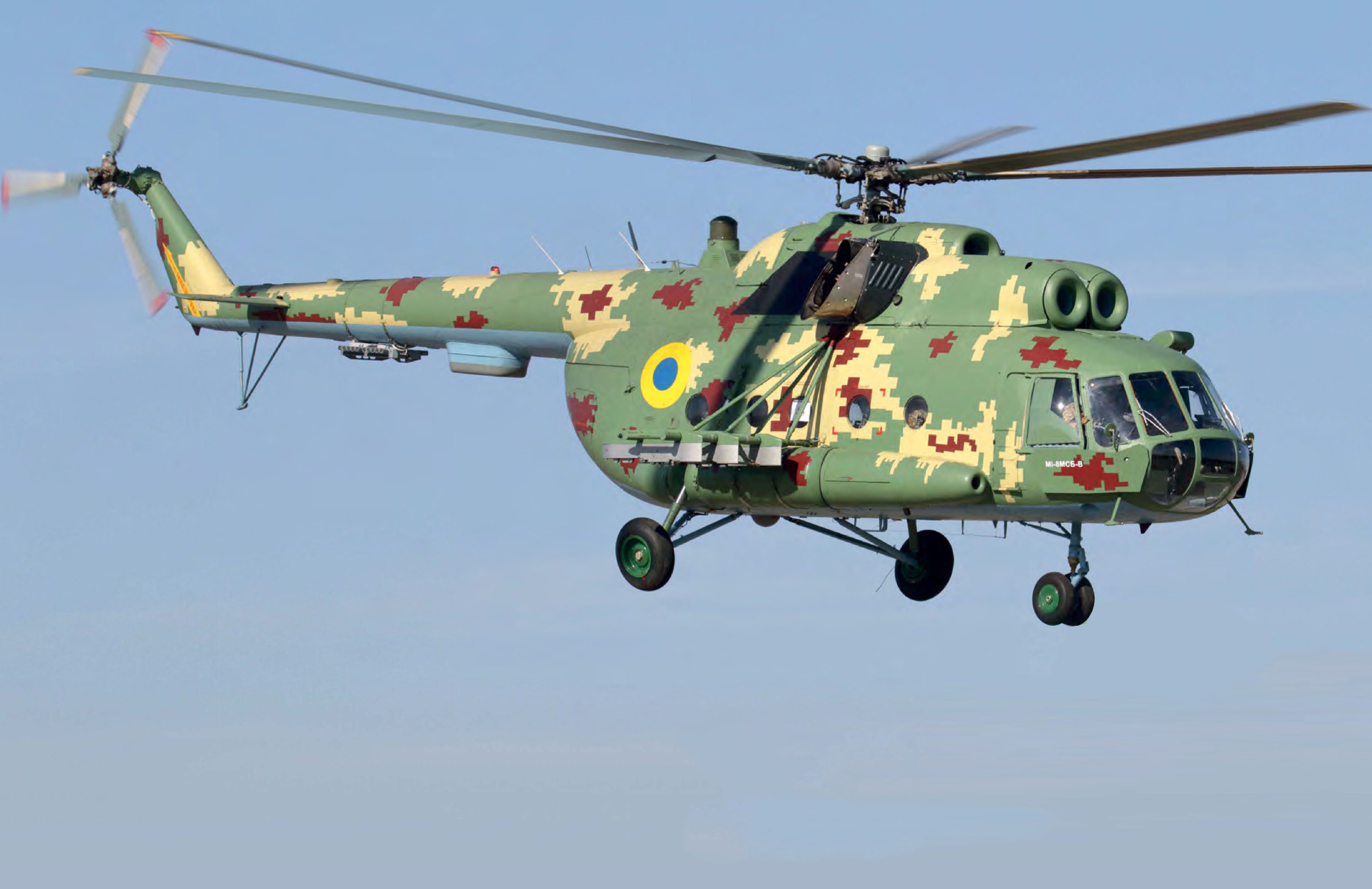 Mi-8MSB-V ‘43 Yellow’ during a regular training flight at Kul’bakino in mid- September last year, a month after delivery. Note the two weapons racks, with three pylons each (for gun pods, rocket pods and bombs) – as found on the Mi-8MT. Also notable are the armour plates around the cockpit (additional armour is fitted to the floor and cockpit seats), as well as the characteristic new ASh-01V exhaust gas diffusion system for the engine exhausts – seen here in its stowed position to reduce drag (it can be deployed rapidly by the pilots when necessary). The KT-01AV jammer is immediately behind the main rotor and a pair of KUV 26-50-02 chaff/flare dispensers is fitted below the tail boom.
All photos Sergey Smolentsev unless stated