Operated by the US Customs and Border Protection for over three decades, the Black Hawk is the largest, most powerful helicopter used in airborne law enforcement anywhere in the world. The latest additions to the fleet will be 10 former US Army HH-60Ls. 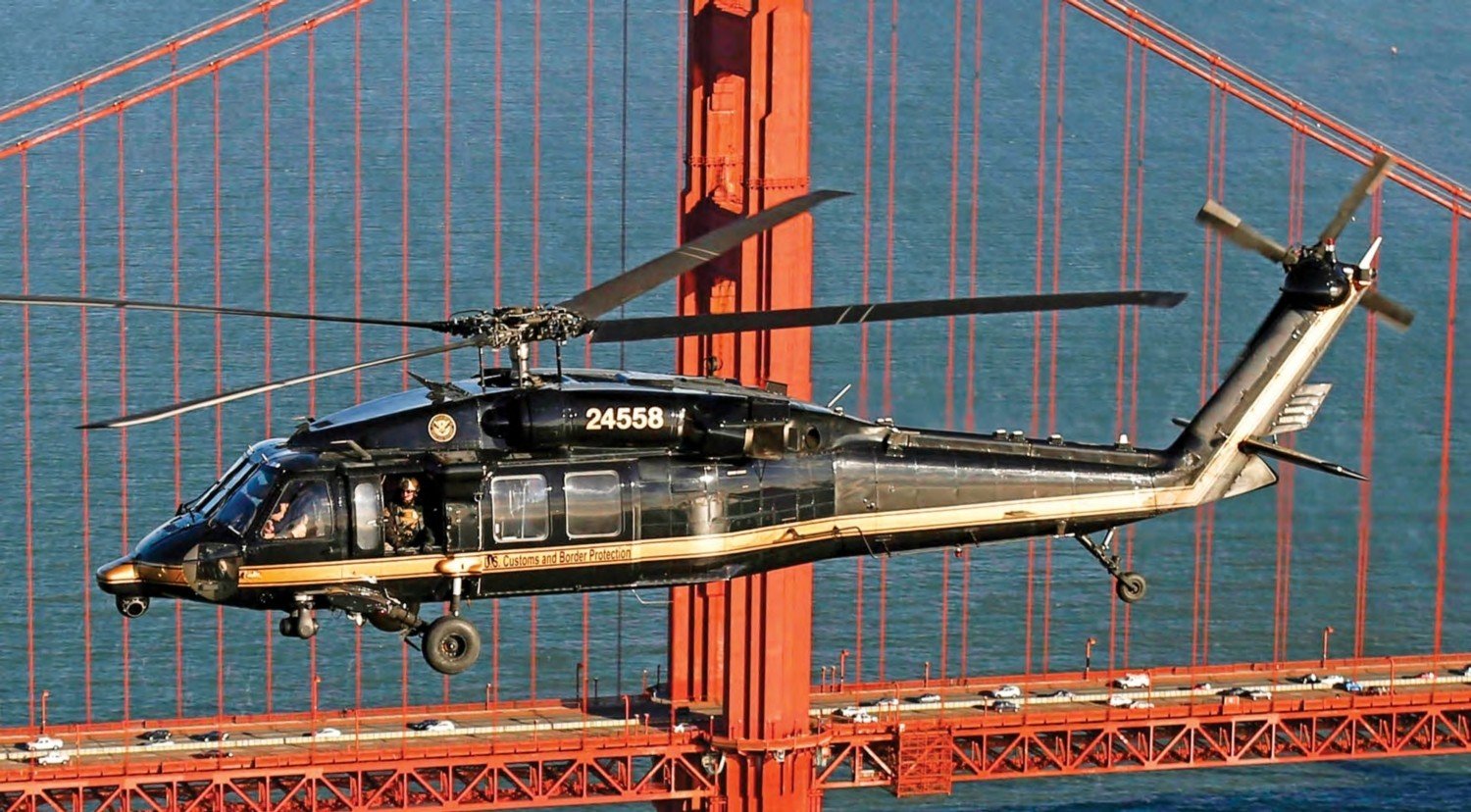 UH-60L 24558 (US Army serial 86-24558) flies over the Golden Gate Bridge in San Francisco, California, on February 1, 2016. The Black Hawk is one of six US Customs and Border Protection UH‑60As that were upgraded to the later UH-60L configuration.
US CBP/ Glenn Fawcett

US CUSTOMS AND Border Protection (CBP)’s Air and Marine Operations (AMO) and its predecessor, the US Customs Service, have operated the medium-lift Black Hawk helicopter since receiving a first Sikorsky UH-60A in early 1983. The AMO currently operates a fleet of 10 UH-60As, six UH-60Ls and four UH-60Ms, which serve as longrange, all-weather, tactical aircraft.