ANNOUNCING THE results of the Russian aircraft industry on December 28, Deputy Prime Minister responsible for the defence industry Dmitry Rogozin said 139 aircraft and 214 helicopters were delivered to the domestic and export markets in 2017. These numbers included 31 aircraft and 64 helicopters to the civilian market. Rogozin also said 930 aircraft engines were made.

However, according to known preliminary data, only 121 aircraft were delivered, meaning Rogozin’s numbers probably include aircraft that underwent major overhaul and upgrade.

In 2017, the Russian Ministry of Defence received three upgraded strategic bombers, two Su-27SM(3) fighters and an unknown number of MiG-31BM interceptors (probably about a dozen).

In recent years, Russian aircraft production peaked in 2014, when UAC produced 158 aircraft: 125 for the military (103 for the Russian MoD and 22 for export) and 33 for commercial customers. Helicopter production reached its peak in 2012 when 290 helicopters were built in Russia.

Little of significance occurred in the Russian commercial aircraft sector last year. The only type currently in series production is the Sukhoi Superjet regional airliner made by the Komsomolsk-on- Amur plant, deliveries of which are steady. The only other significant commercial aircraft event in 2017 was the maiden flight of the Irkut MC-21 narrow-body airliner on May 28.

Further decline will occur after 2020 once the existing contracts are fulfilled, and new orders from the Russian MoD will be much smaller. Only the procurement of upgraded Su-34M tactical bombers will continue in significant numbers. Expectations after 2020 include contracts for 24-36 MiG- 35 fighters, the first batches of Su-57 new-generation fighters and Tu-160M2 strategic bombers. In 2017, Russian Aerospace Forces also received two An- 148-100E passenger aircraft used as staff transports, built in Voronezh, and three Diamond DA42T light trainers, assembled in Yekaterinburg from kits delivered from Austria. These are the first of 35 DA42T aircraft, which the Aerospace Forces intend to use for transport pilot training.

Contrary to expectations, no new Il-76MD-90A aircraft were produced last year. The contract signed in October 2012 was for 39 aircraft worth RUB 3.6 billion each. According to the schedule, about 15 aircraft were to be completed by the end of 2017, but, production stopped after the delivery of only two aircraft. The Aviastar-SP factory in Ulyanovsk complained about the significant increase in production costs and subcontractor pricing, and claimed it was losing RUB 1 billion producing each aircraft.

The company warned that continued production “may lead to the bankruptcy of the plant”. The contract is now being renegotiated, after which the Russian MoD will probably agree to a smaller number of aircraft for the same total value.

In more uplifting news, a prototype of the new Il-78M-90A tanker aircraft rolled out from the Ulyanovsk facility’s production hall in November and made its maiden flight on January 19. The Russian MoD is expected to place an order for 31 new tankers. 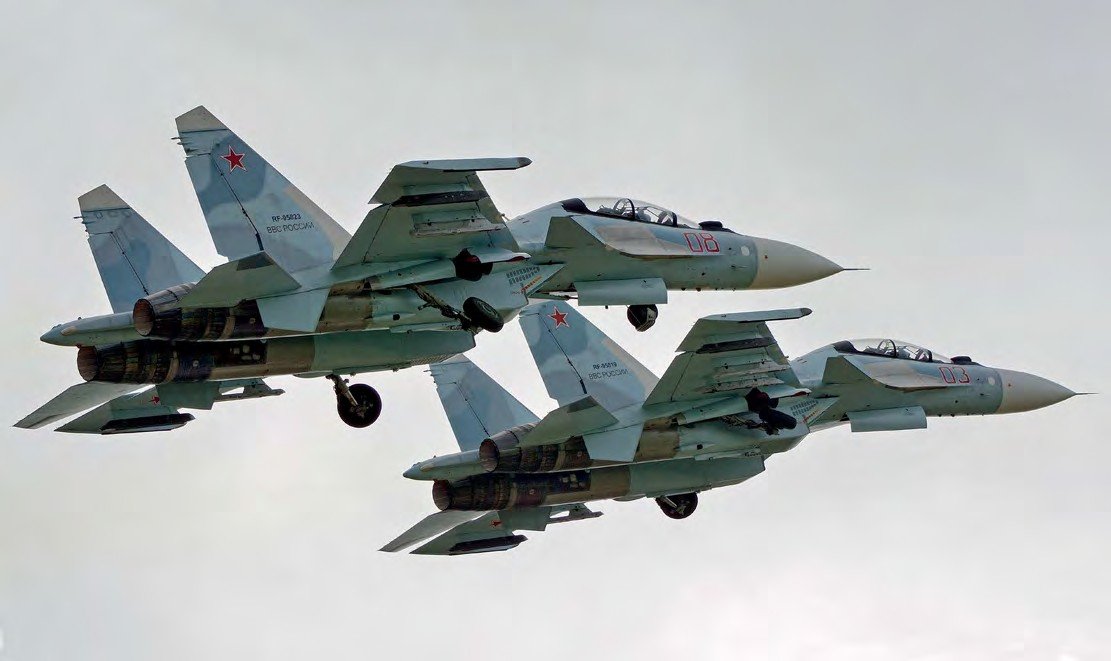 In December 2017, the Russian Ministry of Defence received its 100th Su-30SM. Piotr Butowski 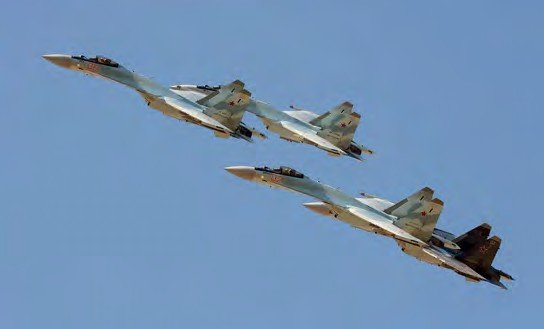 Deliveries of the Su-35S Flanker E continue, ten were delivered to the Russian Air and Space Force and ten to the Chinese People’s Liberation Army Air Force. Piotr Butowski 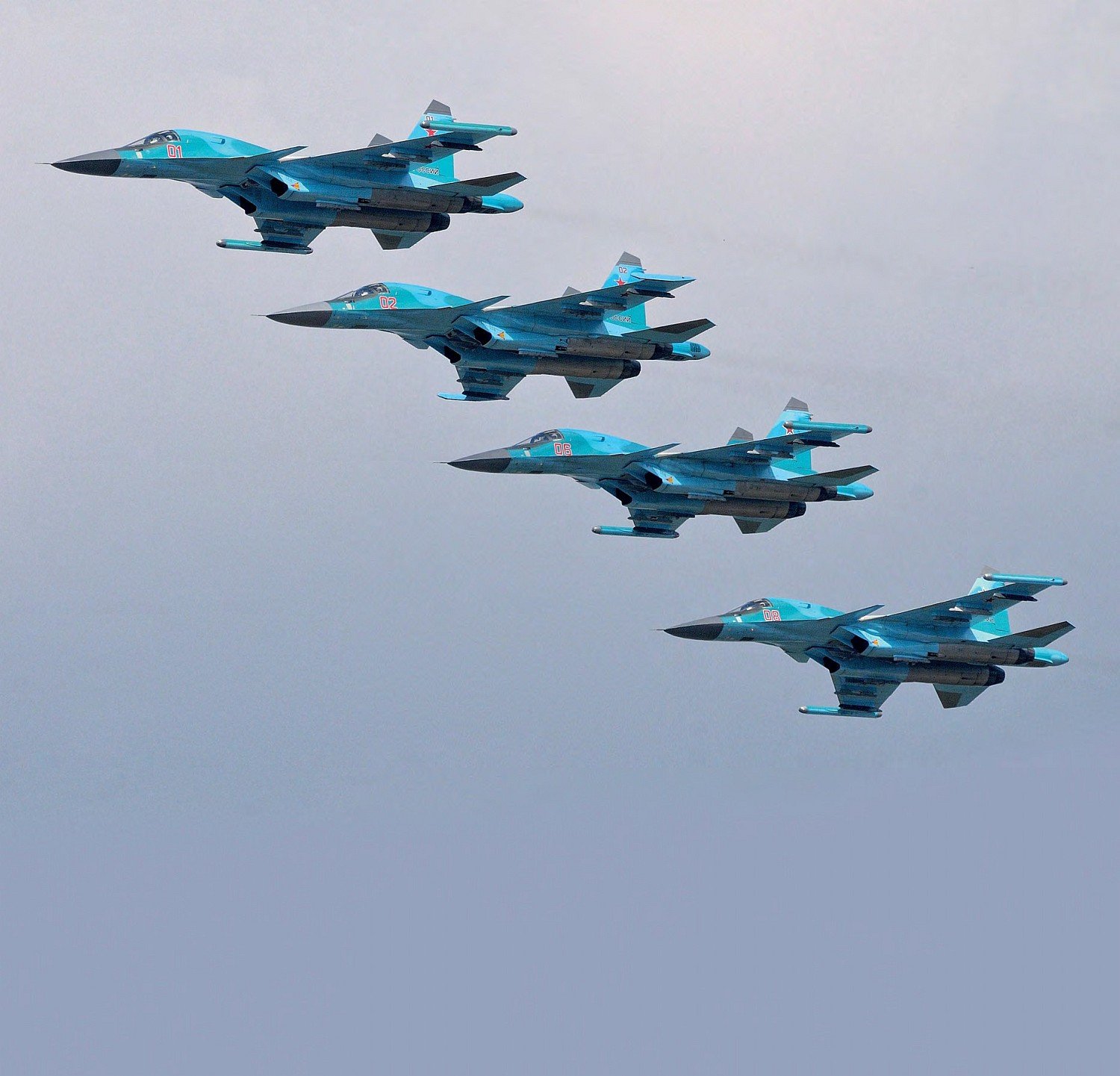 China received 10 Su-35 Flanker E fighters as part of a contract for 24; the initial four were delivered in 2016 and the remaining ten will be delivered this year.

Detailed data for the individual types of Russian helicopters delivered are not yet known, but the greatest difficulties affected the Mi-8 transport helicopter produced in Kazan and Ulan-Ude, the primary product of the Russian rotorcraft industry. Of the 214 helicopters delivered in 2017, only a reasonably accurate estimate can be made, at a little over 100 Mi-8 helicopters (including Mi-17s, Mi-171s and Mi- 172 export versions) versus 200 delivered in recent years.

After 2016, Russian helicopter production dropped by 35% compared to 2012. To address the situation, the state came to the aid of the most-affected plants at Kazan and Ulan-Ude, launching a medical rescue programme and ordering 23 Mi-8s and six Ansat helicopters in December 2016. All 29 helicopters were delivered in 2017. The Russian MoD purchased ten more Ansat-U training helicopters last June, which had all been delivered by the end of the year. Consequently, Russian helicopter production rebounded in 2017.

Manufacturers of attack helicopters, the Rostvertol plant at Rostov-on-Don (Mi-28N and Mi-35M) and the Progress plant at Arsenyev (Ka-52) are both implementing large deliveries for Russia and export customers. Rostvertol has a backlog of several dozen Mi-28Ns for the Russian MoD and 42 Mi-28NEs for Algeria (deliveries to Algeria began in May 2016). Rostvertol is also implementing an order for 12 Mi- 35M helicopters from Nigeria. Last year, another four Mi-35Ms were delivered to Pakistan and deliveries of Mi-35Ms began to Mali, though the number of helicopters involved is unknown.

The Progress plant at Arsenyev is implementing a large order for 146 Ka-52 helicopters for the Russian MoD (about 100 have been already delivered, including 12 in 2017), and the first export order for Egypt involving 46 Ka-52Es. Export deliveries began in the second half of 2017 and 15 helicopters were scheduled for delivery to Egypt by the year’s end.