Uruguay’s naval air arm has been operating the Turbo Mentor on training and lightattack duties since 1981. As Ernesto Blanco Calcagno reports, the two survivors are still busy despite a lack of spares and operational budget.

Mentor on training and light 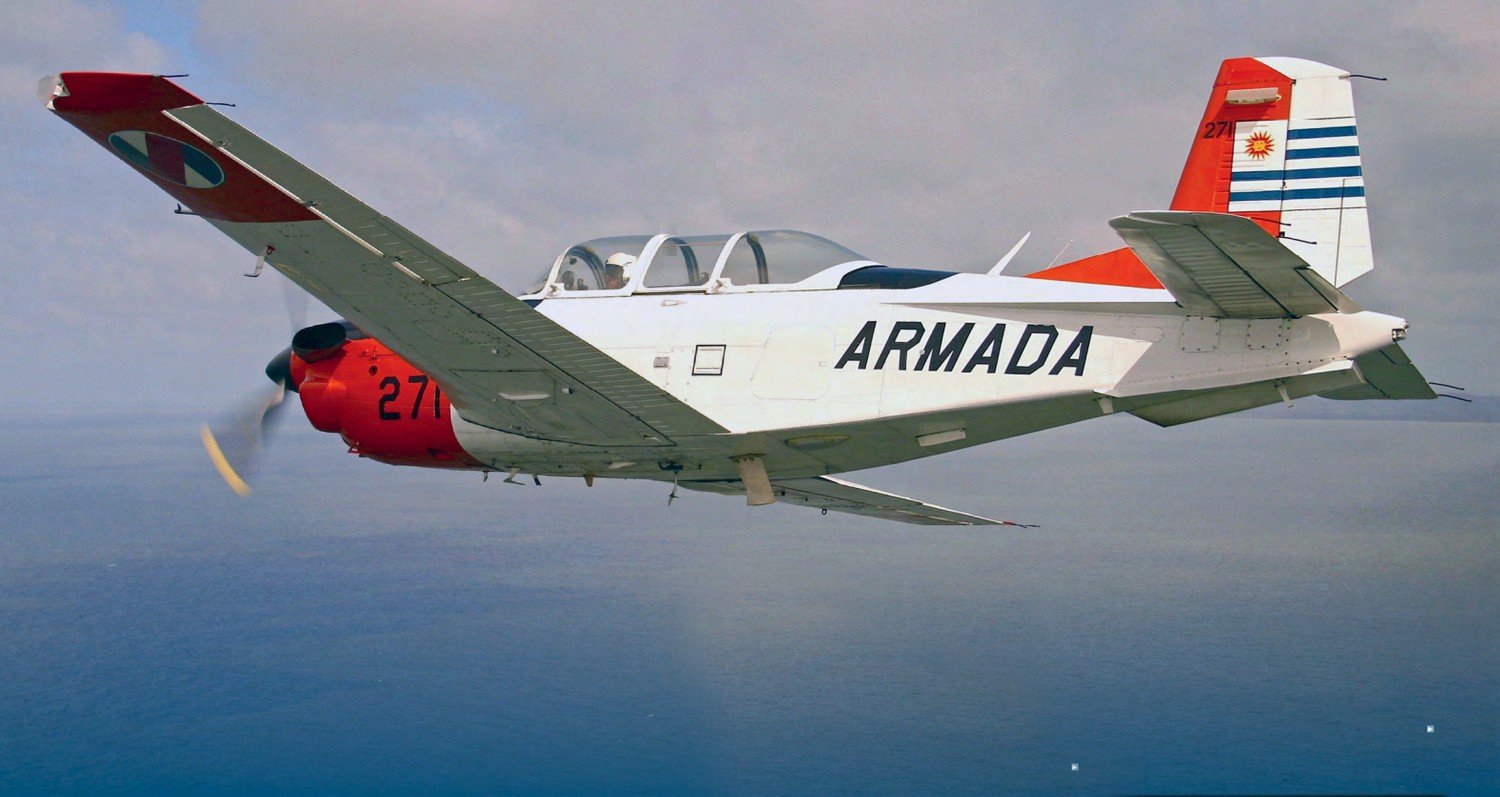 THE AVIACIÓN Naval Uruguaya (ANU, Uruguayan Naval Aviation) received three Beechcraft T-34C-1 Turbo Mentors on April 15, 1981. On the 28th they were assigned to the Escuela de Aviación Naval (ESANA, Naval Aviation School), at the ANU’s main station, Base Aeronaval No 2 (BAEN 2, Naval Air Station No 2) Capitán de Corbeta Carlos Curbelo, co-located with an international airport, Aeropuerto de Punta del Este, on Laguna del Sauce in eastern Uruguay. They were serialled as Armada 270, 271 and 272 (in the manufacturer’s numbering system, GM 82, 83 and 84, respectively). Armada 270 survived only until March 22, 1982, when it was destroyed in a fatal training accident.