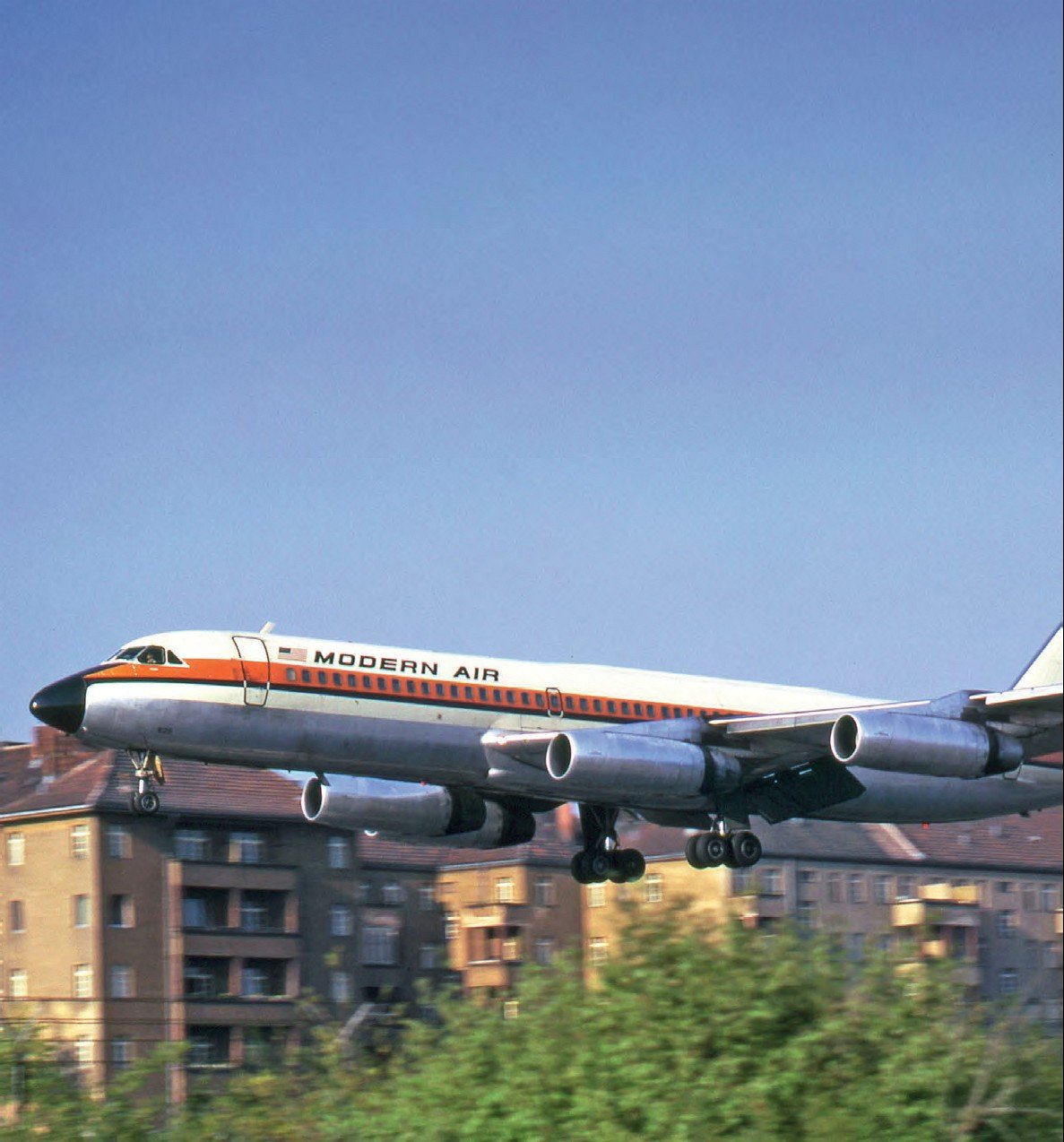 On a crew training flight in April 1974, Modern Air CV‑990‑30A-8 N5625 makes an approach to Berlin-Tempelhof. This was one of two examples acquired from Brazilian carrier VARIG during 1972. RALF MANTEUFEL
WORDS: BEN DUNNELL

It was, shall we say, a publicity stunt very much of its time. A special Father’s Day charter, the almost exclusively male passengers served by stewardesses clad in partially transparent uniforms. Even in 1970, it pushed the boundaries of acceptability. Yet, despite the fact he hadn’t been told, the boss of Modern Air Transport didn’t much care. Morten S. Beyer could not have bought such (ahem) exposure.