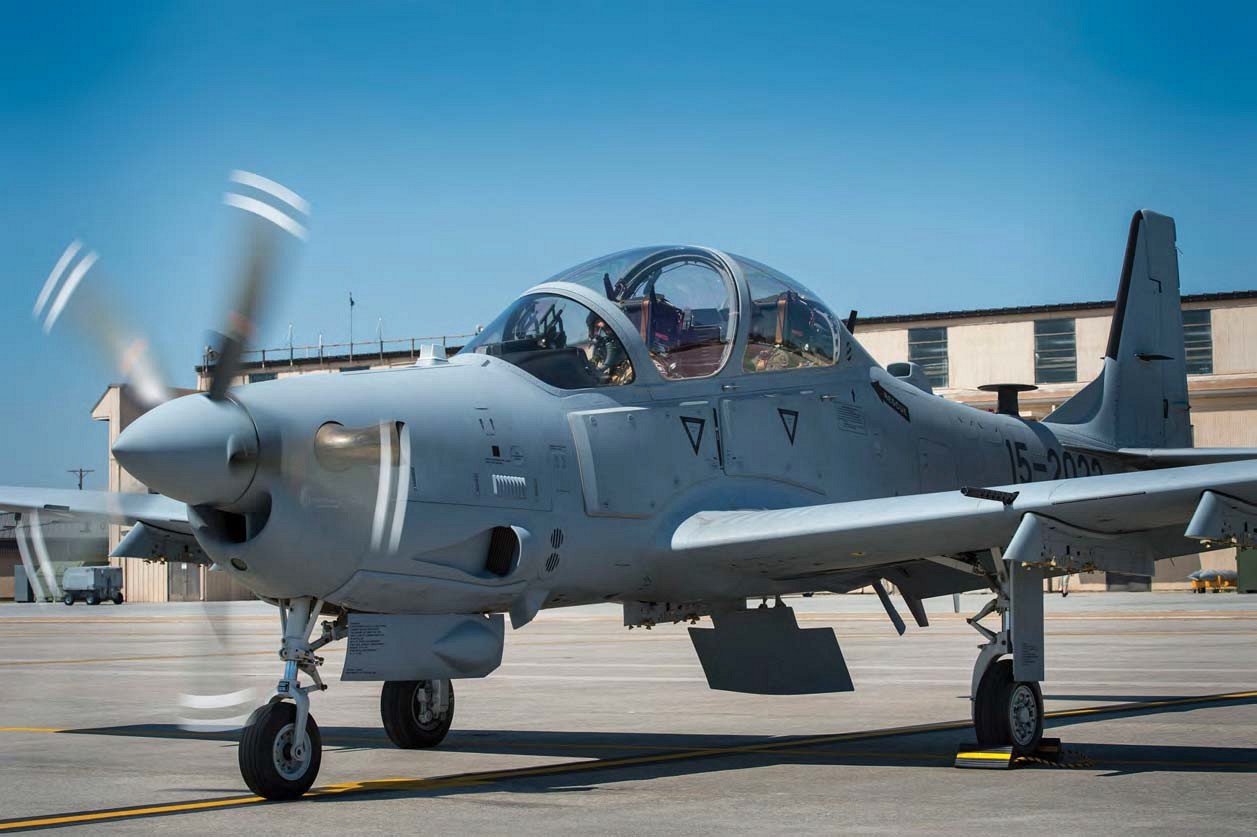 The USAF is set to continue its so-called light attack experiment, which includes the procurement of three A-29 Super Tucanos from Sierra Nevada (as seen here) and three AT-6 Wolverines from Textron. USAF/TSgt Zachary Wolf

PRESIDENT TRUMP’S $718-BILLION Fiscal Year (FY) 2020 budget for the Department of Defense (DoD) was released on March 11. It’s a big one, with the base budget providing $545 billion and an additional $164 billion to sustain overseas contingency operations (OCO). Whereas the 2019 National Defense Authorization Act (NDAA) provided funding for 362 aircraft, the request for FY20 increases to 379 aircraft. The US Army will receive $194.4 billion, the US Navy $205.6 billion and the US Air Force $165.6 billion. Headline aviation items include 110 new fighters, among them 78 F-35s, 24 F/A-18E/F Super Hornets and eight F-15EXs, plus 26 airlift/ special operations/tanker and transport aircraft, 11 electronic combat and maritime aircraft, 196 helicopters/tilt-rotors, and 23 remotely piloted air systems (RPAS).