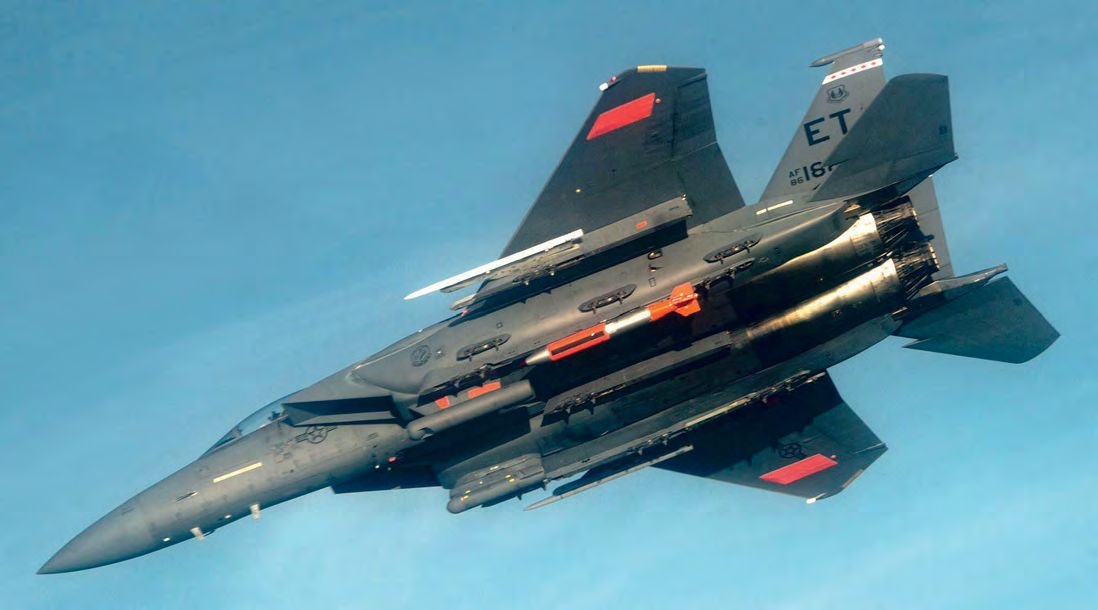 An F-15E Strike Eagle of the US Air Force’s 40th Flight Test Squadron at Eglin Air Force Base, Florida, during a guided drop an unarmed B61-12 test vehicle in July 2015.
USAF

Thanks to the appearance of the Trump administration’s Nuclear Posture Review we now know a little more about the future shape of the US ‘triad’ – the strategic bombers, land-based intercontinental ballistic missiles (ICBMs) and submarine-launched ballistic missiles (SLBMs) – and tactical atomic bombs.