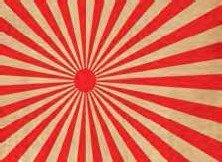 There she was. With mixed feelings, Lt James Alderman walked over to the tired aircraft. It seemed like only yesterday he was airborne over the China Sea, but now she seemed an irrelevant cast-off.

He crunched through the weeds growing around the forsaken B-25 Mitchell, stooped under her fuselage and popped open the crew entry door. Climbing in, the smell of the interior brought back a flood of memories.

Tail number 43-27983, Beautiful Ohio, was no longer sitting abandoned at Puerto Princesa airstrip on Palawan in the Philippines, a few weeks after the war ended. Instead, in his mind’s eye, she was back flying missions against Japanese radars in the Sulu Sea, very much alive and looking for action.