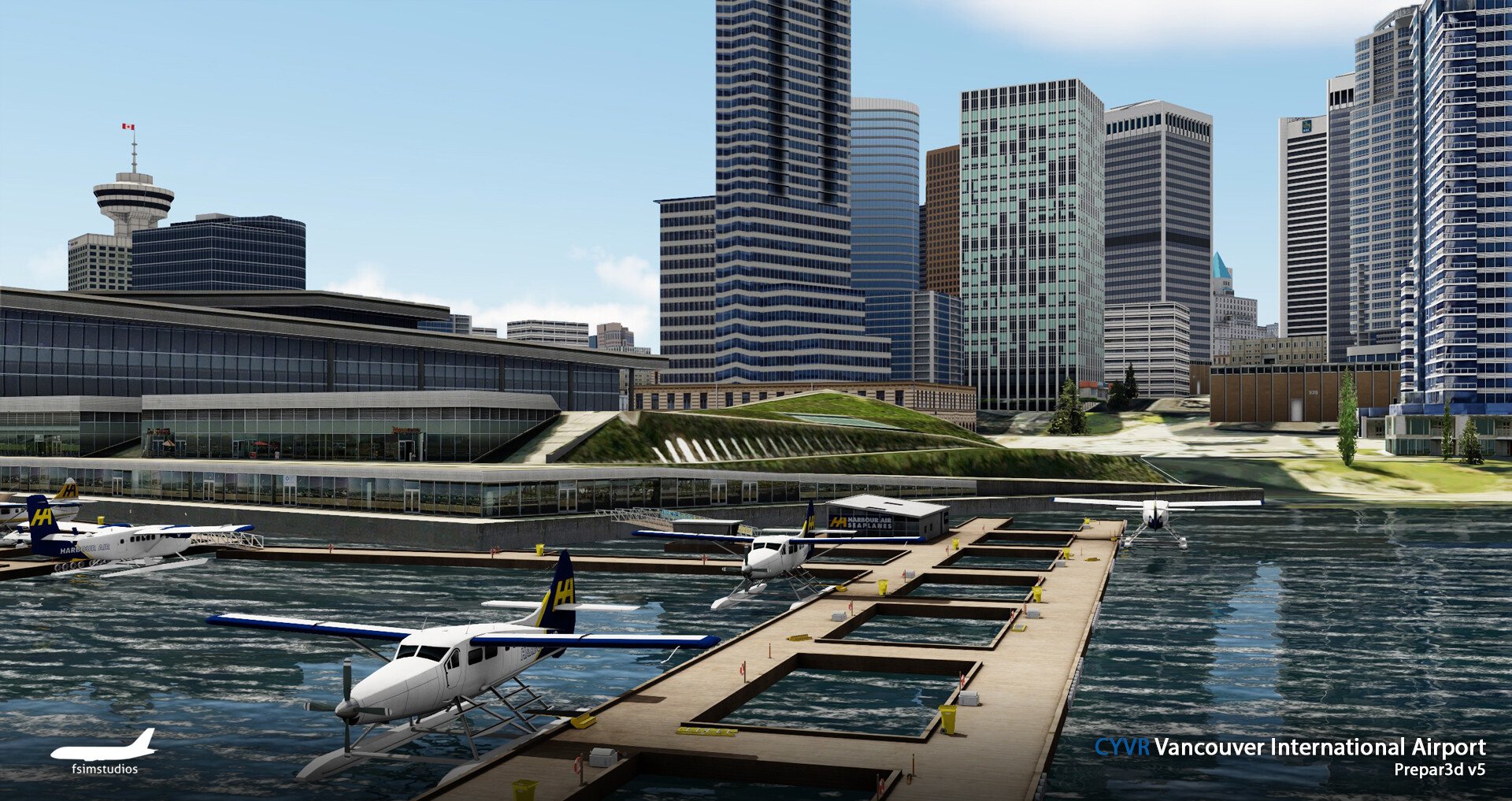 FSimStudios are offering a free license upgrade to Vancouver for MSFS (Releasing in November 2020).

Vancouver International Airport in Richmond, British Columbia is the second busiest airport in Canada by aircraft movements and passengers behind Toronto Pearson. It is often described as a trans-Pacific hub, with more direct flights to China than any other airport in North America or Europe. It is a hub for Air Canada and WestJet, and an operating base for Air Transat. Vancouver International Airport is one of eight Canadian airports that have US Border Preclearance facilities. It is also one of the few major international airports to have a terminal for scheduled floatplanes.