In the first of a two-part series, Combat Aircraft looks back at the AV-8A Harrier, the US Marine Corps’ first step towards an all-V/STOL tactical air force. 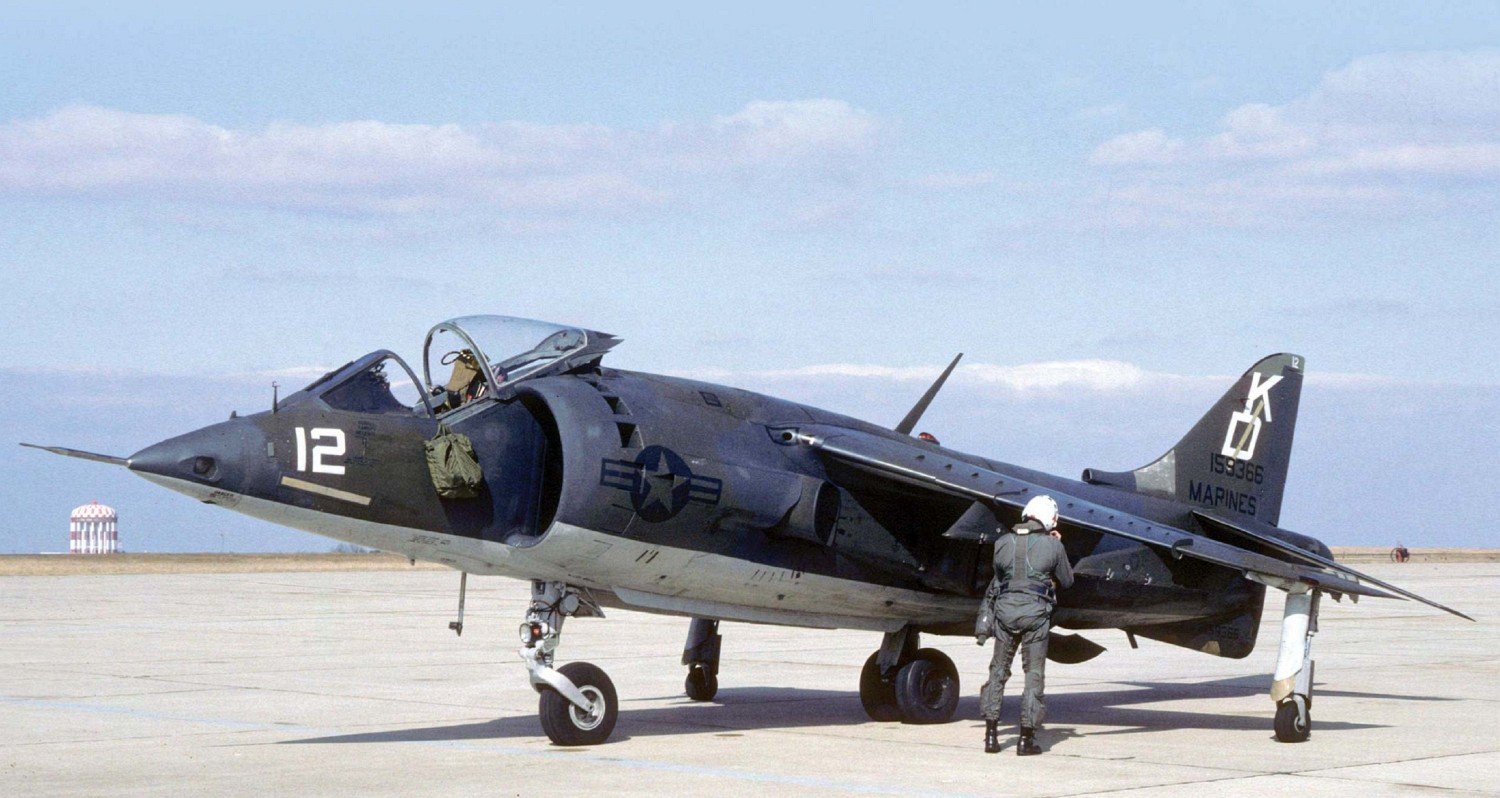 The US Marine Corps’ first foray into vertical/ short take-off and landing operations came with the AV-8A Harrier. This AV-8A (BuNo 159366) is from the training unit VMAT-203, which came into existence well after the type originally entered service. The Aviation Photo Company

ALL TACTICAL AIRCRAFT should possess a short/ vertical take-off and landing capability as soon as it is technically feasible without sacrificing existing mission capabilities,’ said Gen Randolph Pate, commandant of the US Marine Corps in 1957. As the F-35B Lightning II embarks on its first operational deployments, it’s worth looking back at the early days of USMC vertical/ short take-off and landing (V/STOL) operations. Though the F-35B has its origins in the early 1990s, you have to go much further back for the genesis of the concept that led to its creation.