Returning to its tilt-rotor roots for a key US Army requirement, US-based aerospace and defence company Bell Textron has focussed on speed and range for its unique V-280 design. Scott Gourley explores how the platform is shaping up 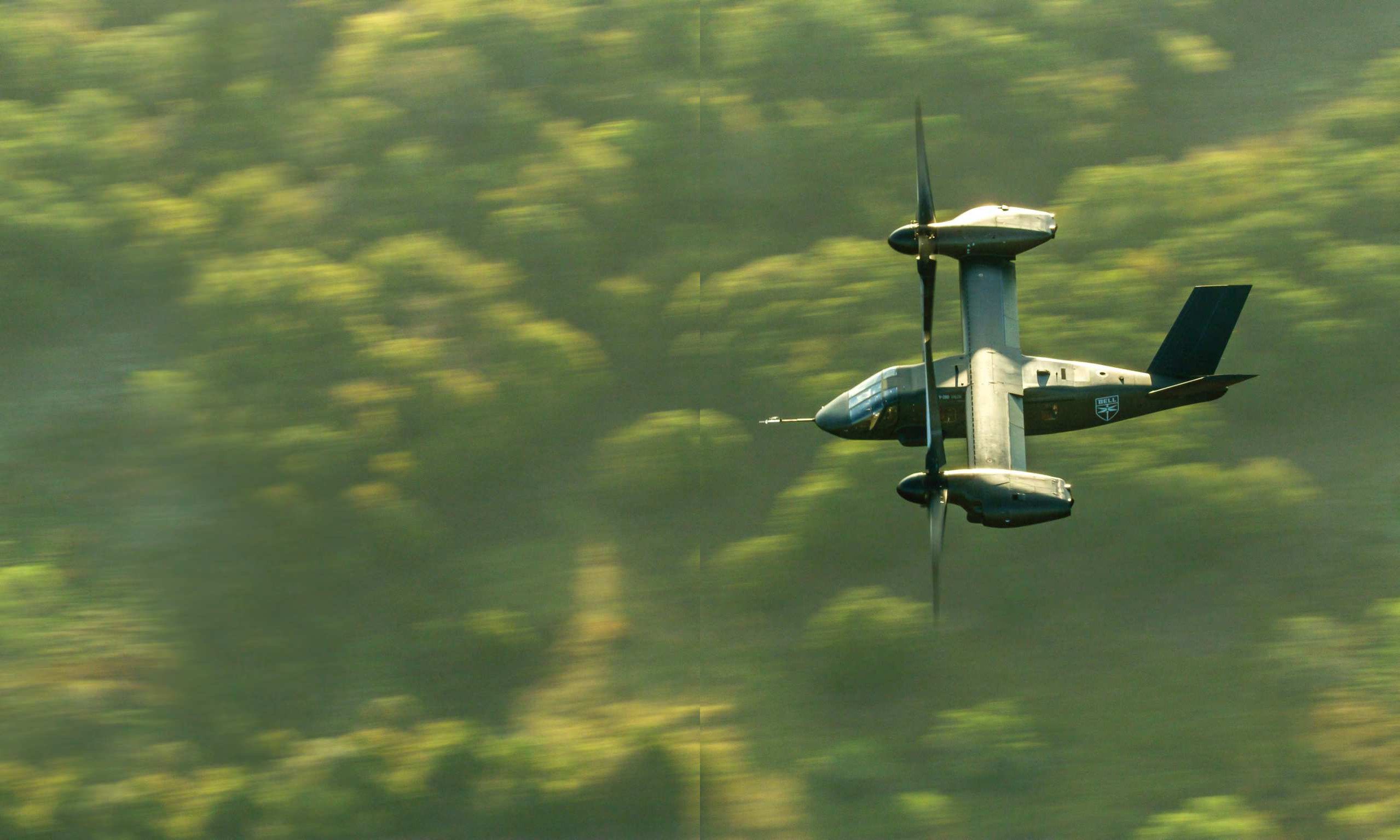 Having committed to the renewal of much of its rotary fleet and the replacement of decadesold platforms and designs (such as the UH-60 Black Hawk), the US Army’s Future Long-Range Assault Aircraft (FLRAA) programme was launched in 2019. This was part of an effort to deliver a new generation of platforms better capable of operating within the contested domains of the modern battlespace.

As part of the programme, Bell Textron and Sikorsky-Boeing entered into Competitive Demonstration and Risk Reduction (CD&RR) efforts in March 2020, to produce conceptual designs and assess their feasibility.

On March 31, 2021, Bell Textron announced an agreement between the company and the US Army, regarding terms for the execution of the second phase of the CD&RR contract. The company has characterised this as an important milestone and testament to the continued momentum for US Army modernisation, adding that Bell’s flightproven V-280 ‘Valor’ design for the FLRAA advanced from an aircraft with “transformational speed and survivability towards a low-risk weapons system ready to support joint combined arms and manoeuvre operations around the world.”