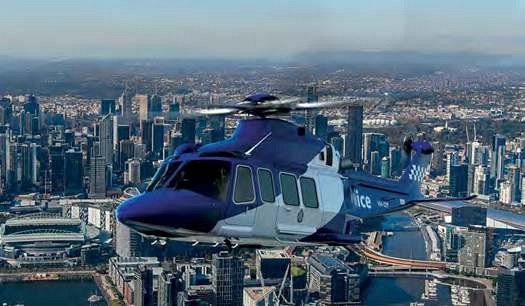 THE VICTORIA Police Air Wing announced on October 23, 2018, that it will lease three Leonardo Helicopter AW139 helicopters from StarFlight Victoria, together with a Beechraft King Air 350ER from Skytraders, as part of its fleet modernisation strategy.

The helicopters and King Air will be delivered in 2020 and will replace the existing Air Wing fleet of three Airbus Helicopters SA365N Dauphins and a single AS350 Ecureuil, based at Essendon Airport on the outskirts of Melbourne.

Air Wing is a support service available to all of Victoria Police, with callouts covering a range of issues, including search and rescue, crime prevention and detection, direction of ground units, surveillance and urgent transport …Air Wing has been in operation since the mid-1970s and responds to more than 5,000 jobs a year.” Nigel Pittaway