A View Worth a Thousand Words...

When competition among inter-island flights is fierce, it takes a stand-out competitor to break the mould. Matteo Legnani discovers how locally-based Mokulele Airlines is using nature as an alternative approach. 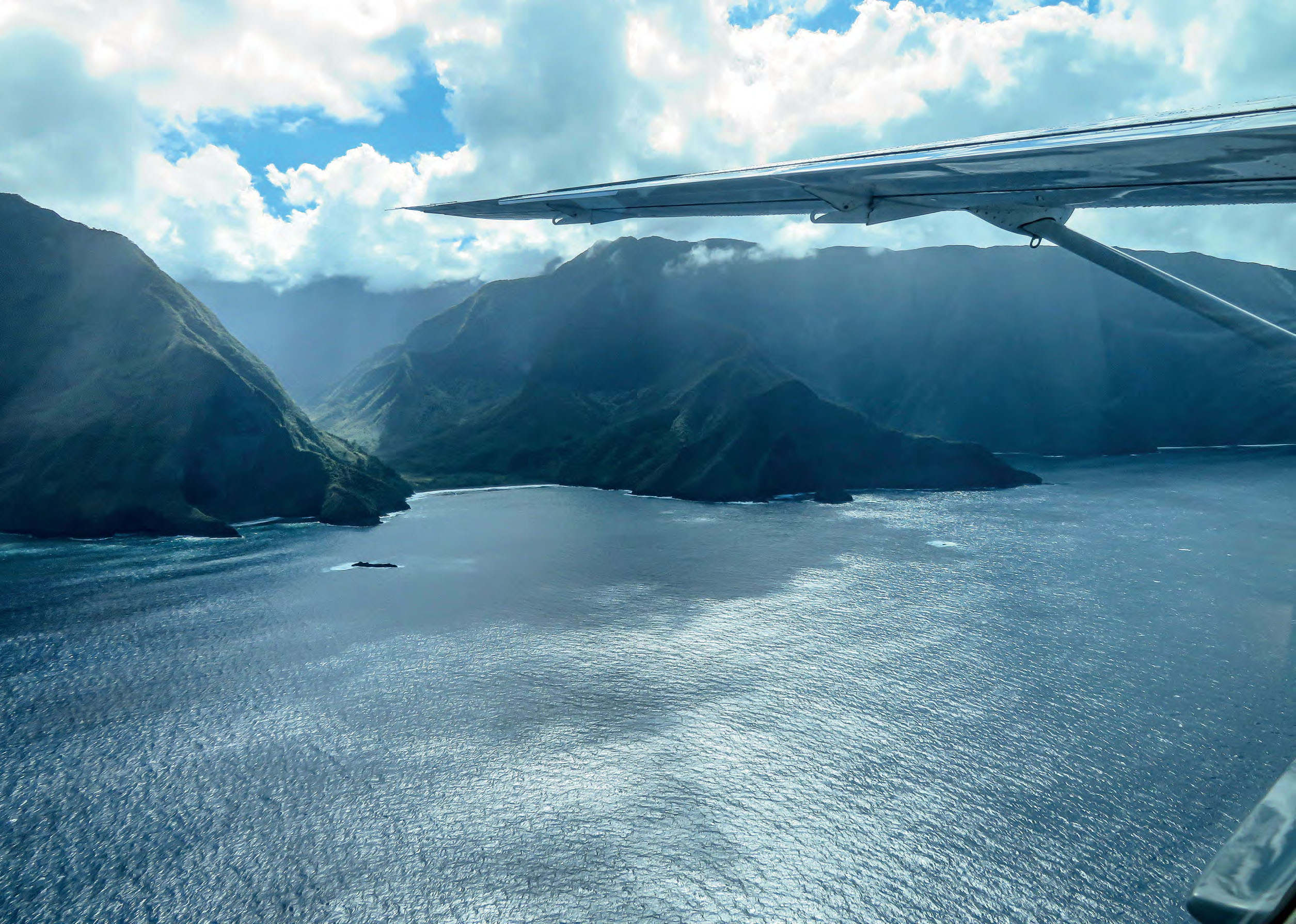 Spectacular scenery as illustrated by the Molokai Cliffs prove to be popular with customers.
ALL IMAGES AUTHOR UNLESS OTHERWISE STATED

The Hawaiian archipelago is known worldwide for its pristine beaches and imposing volcanoes set in the stunning backdrop of the Pacific Ocean. The youngest of the 50 US states, it covers an area of 10,930sq miles (28,311km2) – roughly the same size as Belgium. Made up of eight main islands along with a scattering of smaller ones, reliance on air travel is deemed a necessity for tourists and locals alike. As airline competition thrives in the state, one distances itself from the pack through its ‘experience’. Enter Mokulele Airlines, a commuter firm based in Kona, Hawai'i ('The Big Island'.)