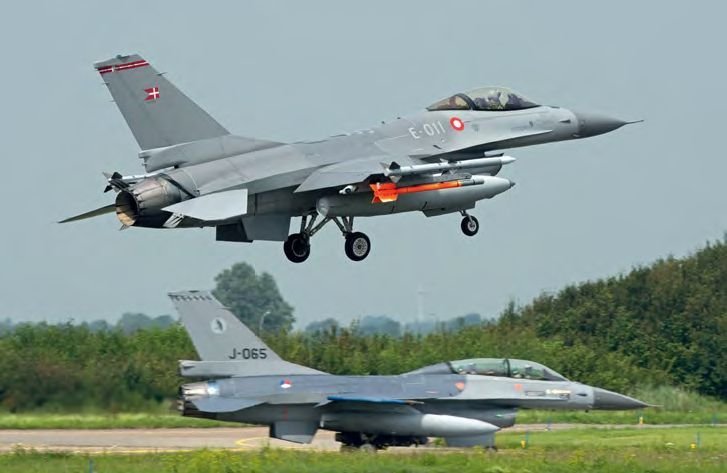 Flying at Leeuwarden was intense between May and September, with the multinational FWIT fleet operating side-by-side with the locally based jets, including F-16BM J-065 from 322 TACTESS.

Leeuwarden Air Base switched its focus to hosting the multinational Fighter Weapons Instructor Training (FWIT) a fortnight after the Frisian Flag 2017 exercise ended on April 7. FWIT is a demanding, six-month course held every other year.

Dubbed the ‘university for F-16 pilots’, FWIT trains experienced F-16 ‘Viper’ aircrew from the European Participating Air Forces (EPAF) to become weapons instructors (WIs). After returning to their home bases, they share their profound knowledge of F-16 weapons systems and tactics with their squadron colleagues.