Citizens of Câmpia Turzii recently became used to a different sound. Instead of the familiar R-13 turbojet of the MiG-21, this summer saw the air filled with the roar of F110s, as F-16s arrived under a Theater Security Package. Dino van Doorn, Bas Stubert and Hans van der Wilt saw the action. 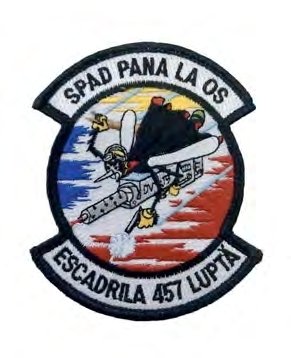 With Operation Atlantic Resolve now into its fifth year, the 457th Expeditionary Fighter Squadron (EFS) ‘Spads’ of the 301st Fighter Wing (FW), Air Force Reserve Command (AFRC), deployed to Câmpia Turzii, Romania, in May. The Transylvanian municipality is home to the Baza 71 Aeriana ˘ (71st Air Base) of the For t,ele Aeriene Române (FAR, Romanian Air Force).