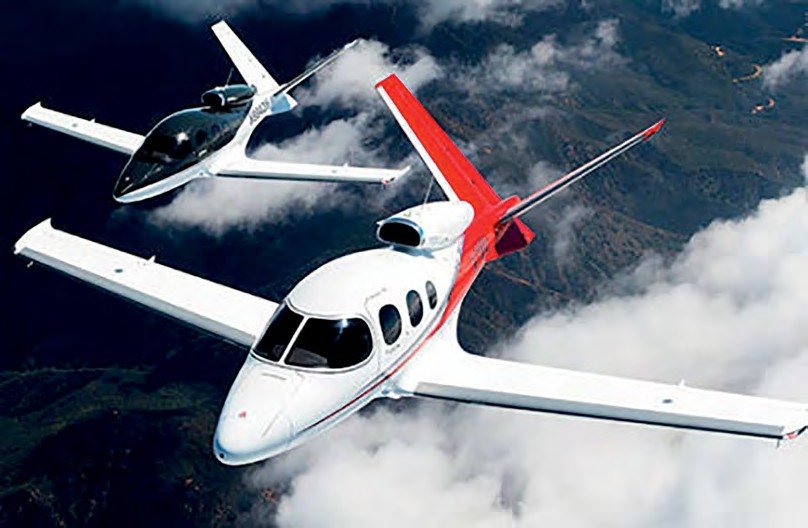 The prestigious award was announced on April 4, 2018 and was awarded to Cirrus Aircraft for the development of the Vision Jet, the world’s first single engine business jet, and the implementation of the company’s successful Cirrus Airframe Parachute System (CAPS) onto the aircraft.

The trophy will be formally presented to Cirrus Aviation at the Annual Robert J Collier Dinner on June 14, 2018 in Washington DC.

The Vision Jet beat eight other nominees for the annual trophy, including Boeing’s 737 MAX airliner, the F-35 Integrated Test Force based at Edwards Air Force Base, California and the Cassini project team comprising the National Aeronautics and Space Administration (NASA) and California Institute of Technology’s Jet Propulsion Laboratory. Cassini was a spacecraft that explored the Saturnian system from 2004 to 2017

The winner is selected by a committee of industry leaders and experts and must demonstrate it has improved the performance, efficiency and safety of air or space vehicles.

Greg Principato, NAA President and CEO said: “For more than a century, the Collier Trophy has recognised the greatest achievements in aviation in America. By revolutionising general and personal aviation Cirrus Aircraft, with their Vision Jet, has added to a great and historic Collier legacy. We at the National Aeronautic Association congratulate them on their achievement and look forward to the presentation of the Collier Trophy on June 14, 2018.”

The CAPS system has been used successfully since the Cirrus SR series of single engine light aircraft was first introduced into service in 1999, and its integration with the Vision Jet is a major engineering milestone in aviation safety, according to Cirrus Aircraft.

Dale Klapmeier, co-founder and CEO of the company said: “At Cirrus Aircraft we are honoured and humbled to win the 2017 Collier Trophy and to be even mentioned among the giants in aviation and space research that have won before us. The arrival of the Vision Jet marks a major engineering milestone in the design and development of jet aircraft and signifies the ability to further transform aircraft safety at heights and speeds never before imagined.”

The Vision Jet received Federal Aviation Administration certification in 2016, and by the end of February 2018 Cirrus Aircraft had delivered 25 aircraft to customers around the world. Nigel Pittaway