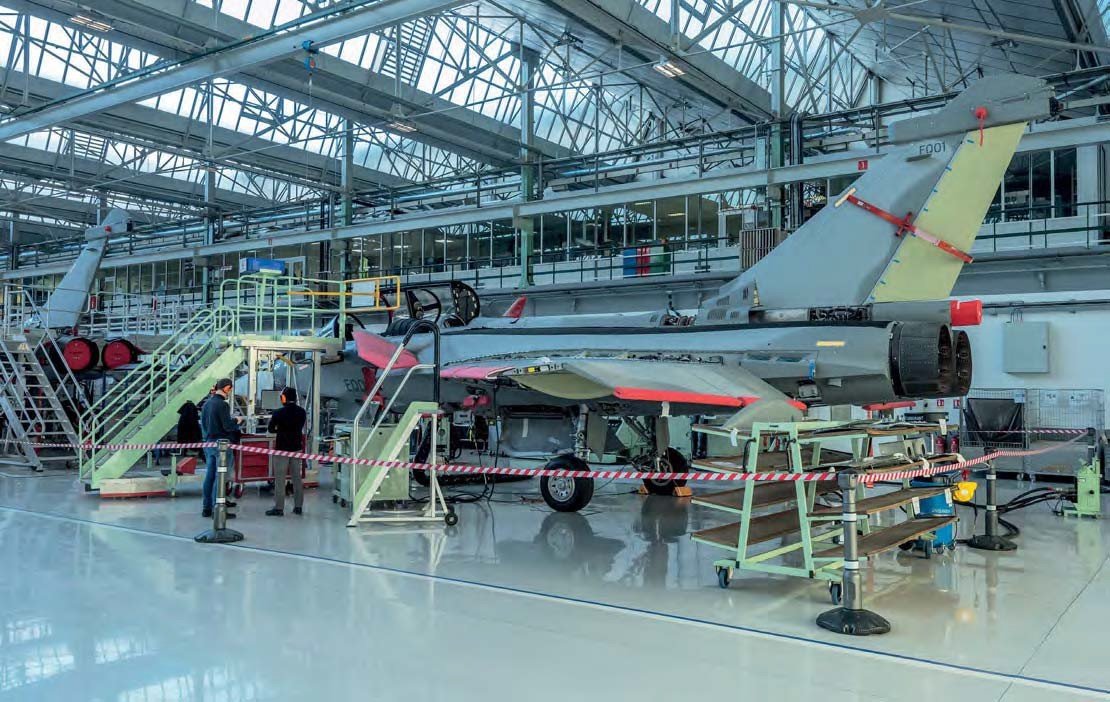 Qatari Rafale EQ01 at the beginning of the assembly line with EQ03 in the background. Although all of the Qatari Rafales seen flying at Mérignac to date wear a QA serial number, some on the production line still wear EQ serial numbers.

ON JANUARY 14, the French Minister of the Armed Forces, Florence Parly, and Dassault CEO Eric Trappier signed the contract for development of the future F4 standard Rafale.

Rafale F4 will have improved integrated maintenance software providing operators with anticipated specific maintenance operations. F4 should be operational from 2024, with some components available as soon as 2022. The contract signed on January 14 is estimated to be worth €2 billion and will provide jobs for over 2,500 people.

The Armée de l’Air and Aéronavale currently operate 148 Rafales configured to F3 standard. All 148 aircraft will be upgraded to F3R standard, which was approved by the Direction Générale de l’Armement (DGA or Directorate-General for Armaments) on October 31, 2018. F3R features the improved RBE2 active electronically scanned array radar, capability to operate the new Talios targeting pod and Meteor air-to-air missile, as well as an automatic ground collision avoidance system. According to the DGA F3R upgrade work of the first ten Rafales started in November.

On December 17, the Aéronavale announced its first Rafale M upgraded to F3R standard (aircraft 30) had carried out its first test flight at BAN Landivisiau after upgrade by Atelier Industriel de l’Aéronautique.

A series of further test flights will be flown by the Centre d’Expérimentations Pratiques et de Réception de l’Aéronautique Navale (CEPA or Experimentation and Acceptance Centre for Naval Aeronautics), the operational test unit of the Aéronavale, before the aircraft is delivered to 11F at Landivisiau. Once 11F is fully equipped with F3R standard aircraft, 12F and 17F will also receive updated Rafales. 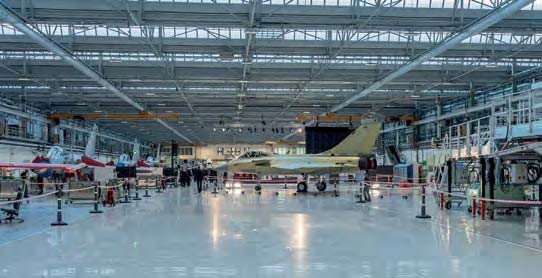 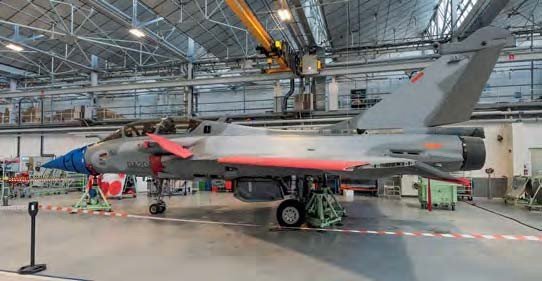 Rafale DQ QA204 towards the end of the production line at Bordeaux Mérignac. Note the two-tone colour scheme specified by the Qatari Emiri Air Force. 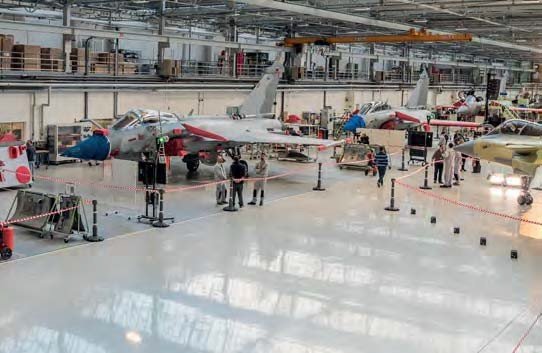 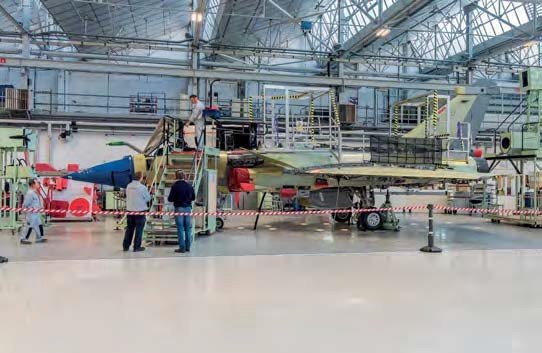 A Rafale EQ destined for the Qatari Air Force at one of the assembly stations on the Merignac production line.

Three days later, the Armée de l’Air announced the Centre d’Expertise Aérienne Militaire (CEAM or Centre of Military Aviation Expertise) had conducted the first flight of a Rafale upgraded to F3R standard; shown in the photo as Rafale B 331/30-IF from BA118 Mont de Marsan.

The French government has an additional 28 Rafales on order, scheduled for delivery between 2022 and 2024. During her visit to the Dassault plant in Mérignac on January 14, Florence Parly confirmed France will place an order for next tranche of 30 Rafales in 2023, bringing the total number to just above 200.

During AIR International’s visit to Dassault on January 14, only Qatari Rafale DQ (two-seat) and EQ (single-seat) aircraft were seen on the production line. Although some of the single seat aircraft seen still carried EQ serial numbers, the Qatari Emiri Air Force seems to have changed QA, followed by a number in the 200 series.

One other Rafale belonging to a foreign nation in France is Egyptian. The aircraft resides at BA125 Istres to conduct further tests and systems development.

By December 2018, Egypt had accepted all of its other 23 Rafales (serial numbers DM01–DM16 and EM01–EM08). Expectation is that Egypt will order an additional 12 Rafales and several French news outlets speculated an order would be signed during the French President’s visit to the country between January 27 to 29. However, no deal was signed during the visit.

Dassault is also active in finding new customers for its Rafale fighter, which is one of five contenders in the Swiss fighter competition; the Swiss government should make its decision by the second quarter of 2020.

Another potential customer is the Ilmavoimat (Finnish Air Force); the nation’s Ministry of Defence is running the HX Fighter Programme to select at replacement for its F-18 Hornet fleet.

Although officially nothing to do with the HX programme, on January 18, the Ilmavoimat announced an Armée de l’Air Rafale was deployed to Rovaniemi Air Base, Lapland for cold-weather tests. A picture provided by the Ilmavoimat showed Rafale B 301, assigned to the Direction Generale de l’Armement’s Essais en vol (Directorate-General for Armaments’ Flight Test department), at Rovaniemi. According to the press release, the Rafale was due to perform engine ignition and taxi trials. The decision on the HX Fighter Programme will be announced in 2021.

Whereas the Egyptian Rafale pilots were trained by the Armée de l’Air, Qatari and Indian pilots will receive part of their training from Dassault Aviation at Mérignac. The first Qatari Rafale to be accepted by the Qatari Emiri Air Force will thus stay at Mérignac for crew training. The Qatari training squadron at BA118 Mont de Marsan is currently using three French aircraft from the operational pool of the local Escadron de Soutien Technique Aéronautique. It is not known Qatar will base three of its own Rafales at Mont de Marsan once available. Communities near Bordeaux-Mérignac airport have been notified there will be 72 flights and therefore 144 aircraft movements during April and May 2019 all to train Qatari pilots.

Between October 2019 and January 2021, Dassault will train three groups of eight Indian pilots. Each group will follow a 16-week syllabus requiring 800 sorties and therefore 1,600 aircraft movements. 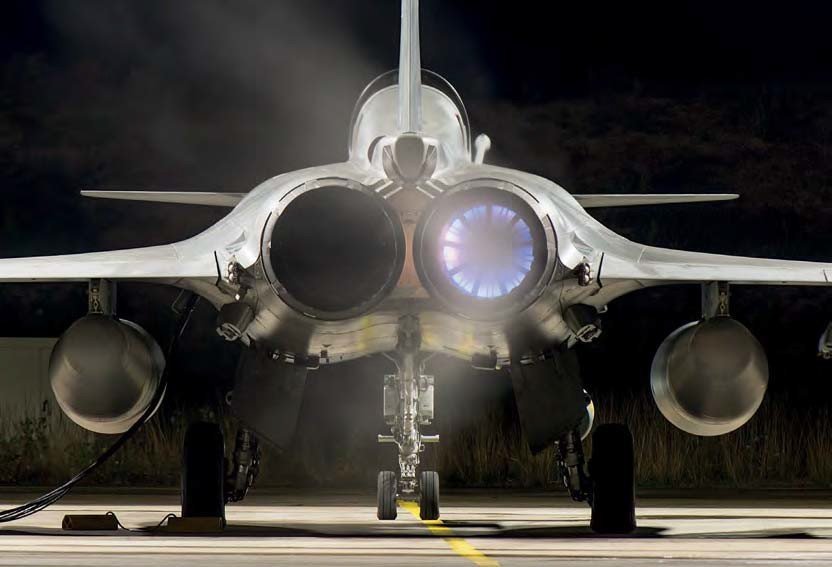 Rafale F4 will feature a new control system for the M88 engine.