In our previous issue, we introduced vSkyLabs Aerospace Simulations which has been producing X-Plane aircraft since version 9. This time around we fly the most recent incarnation from its C-47 Skytrain Flying Lab Project. 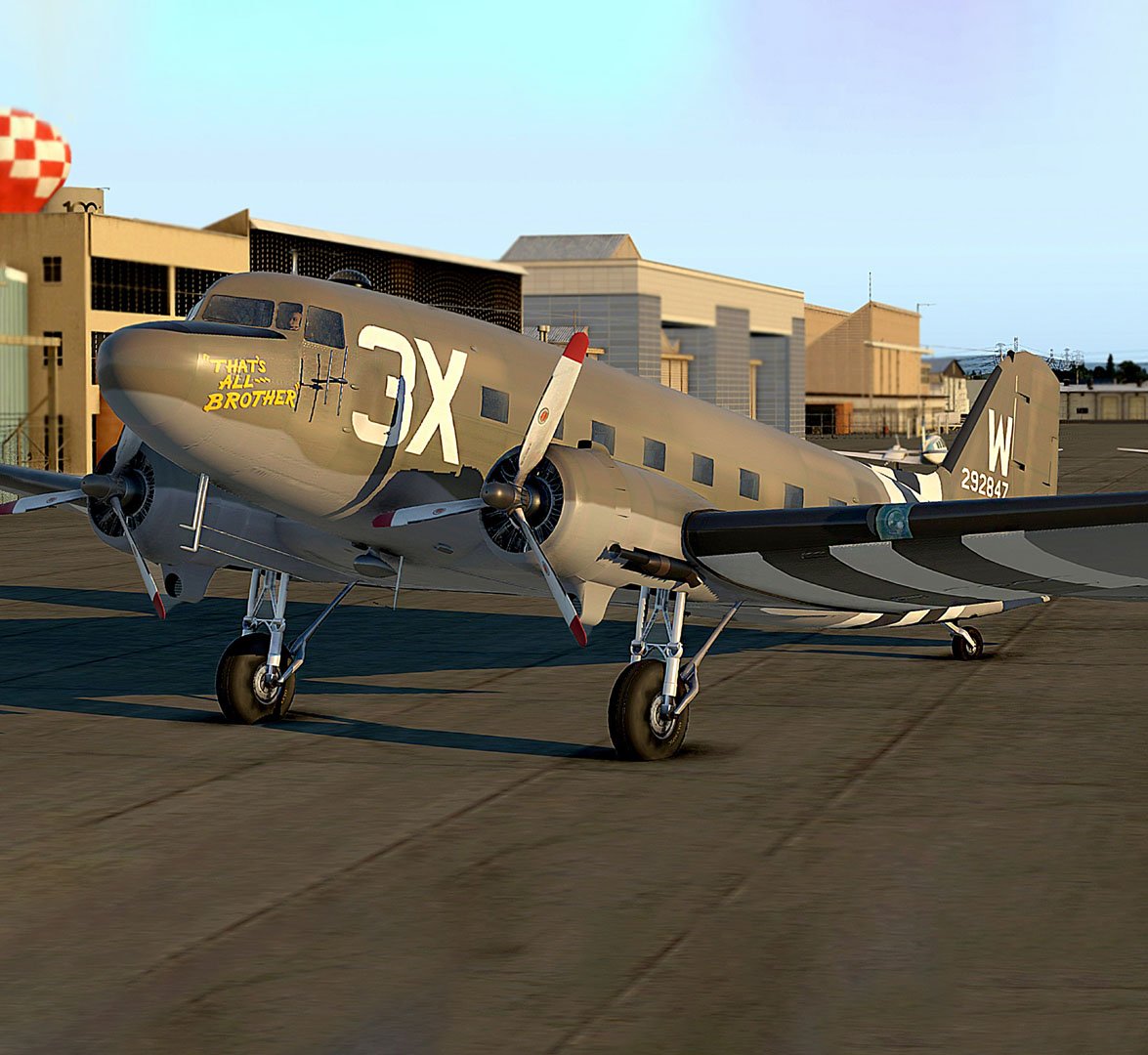 The C-47 Skytrain and its civilian airliner stablemate, the DC-3, would have to be one of the most recognisable aircraft on the planet. While the DC-3 was primarily produced between 1936 and 1942, the war years saw a military transport version developed which was variously dubbed the C-47 Skytrain, Dakota, R4D and even the Gooney Bird. Perhaps less known is that C-47 variations included troop and equipment transport, paratrooper delivery, VIP and even photographic reconnaissance platforms.