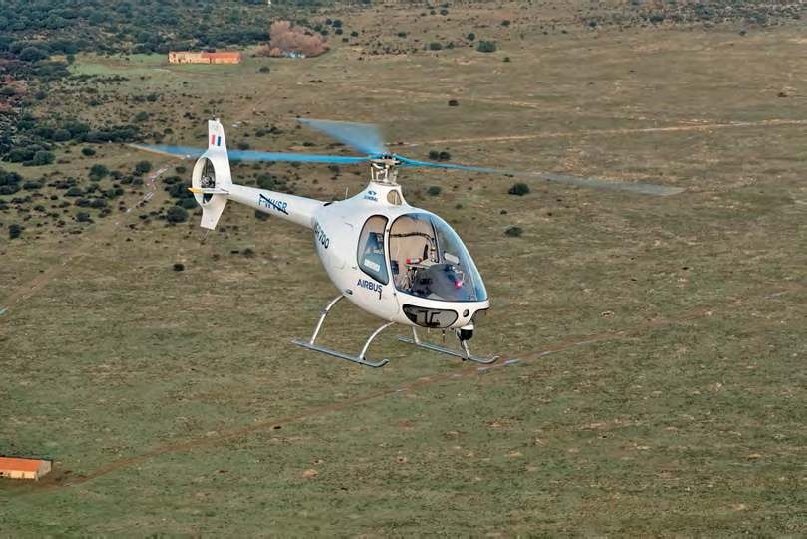 Airbus Helicopters’ VSR700 demonstrator F-WVSR recently undertook its irst fully autonomous light from Istres in southern France. The helicopter completed a 30-minute light, during which it successfully executed a variety of light patterns in autonomous mode while being piloted and monitored from a ground control station located at the base. The purpose of the light, the manufacturer said, “was to establish compliance with the demanding regulatory and safety systems necessary for future unmanned light in France”.

The VSR700 undertook its irst light in 2017 as an optionally piloted vehicle with a safety pilot on board. Subsequent lights to validate the aircraft’s diesel engine and automatic light control systems have also been carried out with a pilot aboard, so the fully autonomous December 2018 light from Istres was an important step in the system’s development schedule. The next major milestone, due later this year, is the roll-out of the irst fully ledged VSR700 prototype.

The VSR700 is a light (700kg/1,543lb) tactical UAV, based on the Guimbal Cabri G2 light civil helicopter. It is being designed to carry an operational payload of 150kg (330lb) and have around eight to ten hours’ endurance. The civil-certiied G2 and its low-consumption diesel engine is intended to provide a proven platform from which to develop the system and thereby provide a low operational cost. The VSR700 is intended to fulil requirements for unmanned systems in maritime environments and is being designed to operate on vessels ranging in size from small corvettes to major warships, although Airbus Helicopters stresses it is intended to complement manned helicopters rather than replace them.

Last year, a Naval Group/Airbus Helicopters consortium was awarded a contract by France’s Direction Générale de l’Armement procurement agency to test the VSR700 from a Marine Nationale (French Navy) vessel as part of preparations to introduce a UAV launch system on to Marine Nationale vessels in the mid- 2020s. Mark Broadbent