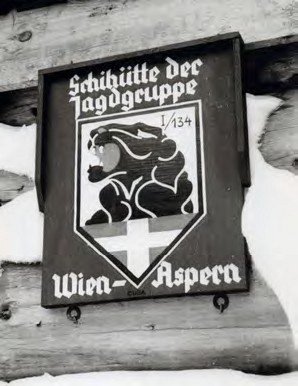 The badge of I./JG 76 (formerly I./JG 134), which would also be adopted by JG 54. This example adorned their ski hut in the Austrian alps.

Leutnant Joachim ‘Jochen’ Schypek was already a qualified fighter pilot when German forces attacked Poland on September 1, 1939. The 22-year-old Berlin-born flyer had completed his training at the Luftkriegsschule at Dresden. He was based at Stubbendorf, east Rostock, with 3 Staffel of Jagdgeschwader 76 (3./JG 76) under the command of Oblt Franz Eckerle. The Staffel was part of JG 76’s I Gruppe, led by Hptm Wilfried von Müller- Rienzburg, and flying the E-model Messerschmitt Bf 109, the ‘Emil’.