WAR GAMES in the Alps 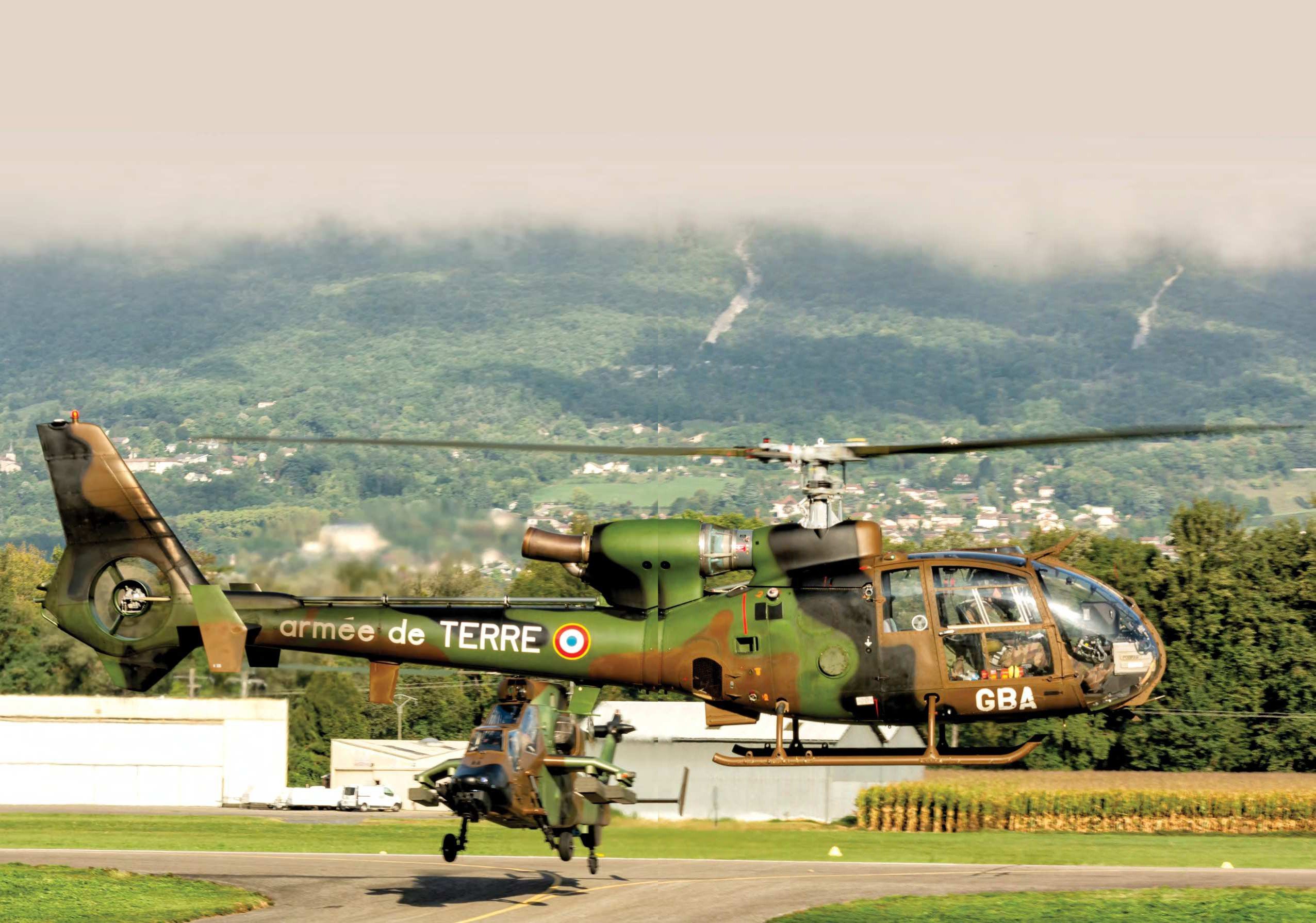 The most recent edition of Exercise Baccarat took a very different approach – once again the focus was on highintensity combat but this time it was over theFrench Alps. The exercise, which has been organised by the 4th Air Combat Brigade (4th BAC) since 2017, took place over the second and third weeks of September 2020.

During the manoeuvres, 38 aircraft (of seven different types) from the 1st, 3rd and 5th Combat Helicopter Regiments (RHCs) participated, along with 1,600 soldiers, mainly from the 27th Mountain Infantry Brigade (BIM). The 24th Infantry Regiment (24th RI), the only French Army unit exclusively made up of operational reservists, also took part.

The 2020 edition, like previous ones, had an allied dimension. From the UK, three Apache AH1 attack helicopters of the 4th Army Air Corps Regiment operated from Valence-Chabeuil Airport with a detachment of 45 soldiers. The exercise area included a live-fire zone in the Mailly and Sissonne training grounds, as well as a flying area across the Valence-Grenoble- Gap-Briançon sector.