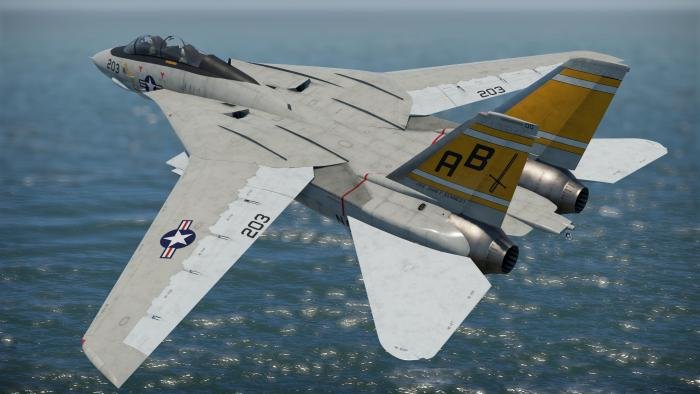 Weapons loadout consists of the AIM-54 Phoenix long-range AAM, powerful IR missiles and a 20mm Vulcan rotary cannon. Thanks to the custom loadout system, the perfect ordinance can be selected for any situation and environment.

The F-14 has had a lot of work and detail put into the model and functionality, from the avionics to the overall look of the aircraft. Additional work has also gone into the flight model and radar system, setting a new standard of quality for the inclusion of modern aircraft in the game.

The F-14 is very powerful in competitive top-tier matches. Although its large size makes it an easy target to hit with guns, and the engines burn hot on afterburner so missiles can track it more easily than other current top fighters. Even though it is offensively top of the class, it's hardly untouchable.