King for a day

The Grace Spitfire has been a popular airshow attraction for decades – but now passengers can seize the opportunity of a flight in the legendary fighter. Steve Beebee visits its owners at Sywell and straps in for the trip of a lifetime 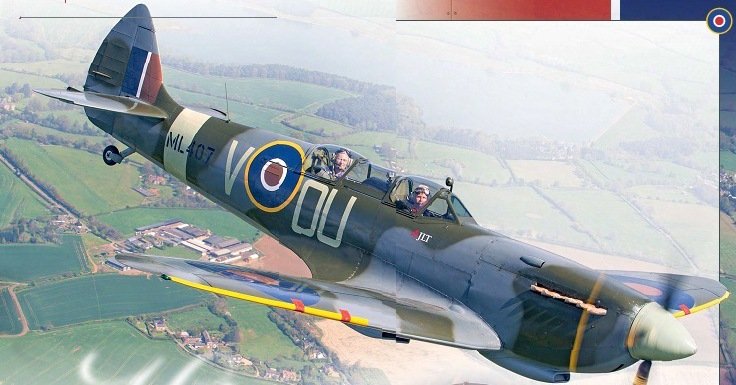 Steve Jones and Steve Beebee in Supermarine Spitfi re Tr.IX ML407 flying over rural Northamptonshire on April 19. ALL IMAGES BY DARREN HARBAR UNLESS NOTED

There’s a hiss of static in my headset, and then I hear the voice of pilot Steve Jones. “Right, we’ll do a victory roll now,” he says, with the laconic ease of someone for whom such manoeuvres are as routine as buttering toast. “We’ll simply roll the aircraft over until we return to our current position. No drama. Here we go.”