Arizona Air National Guard F-16s have been in the Czech Republic for a major close air support exercise alongside NATO partners. 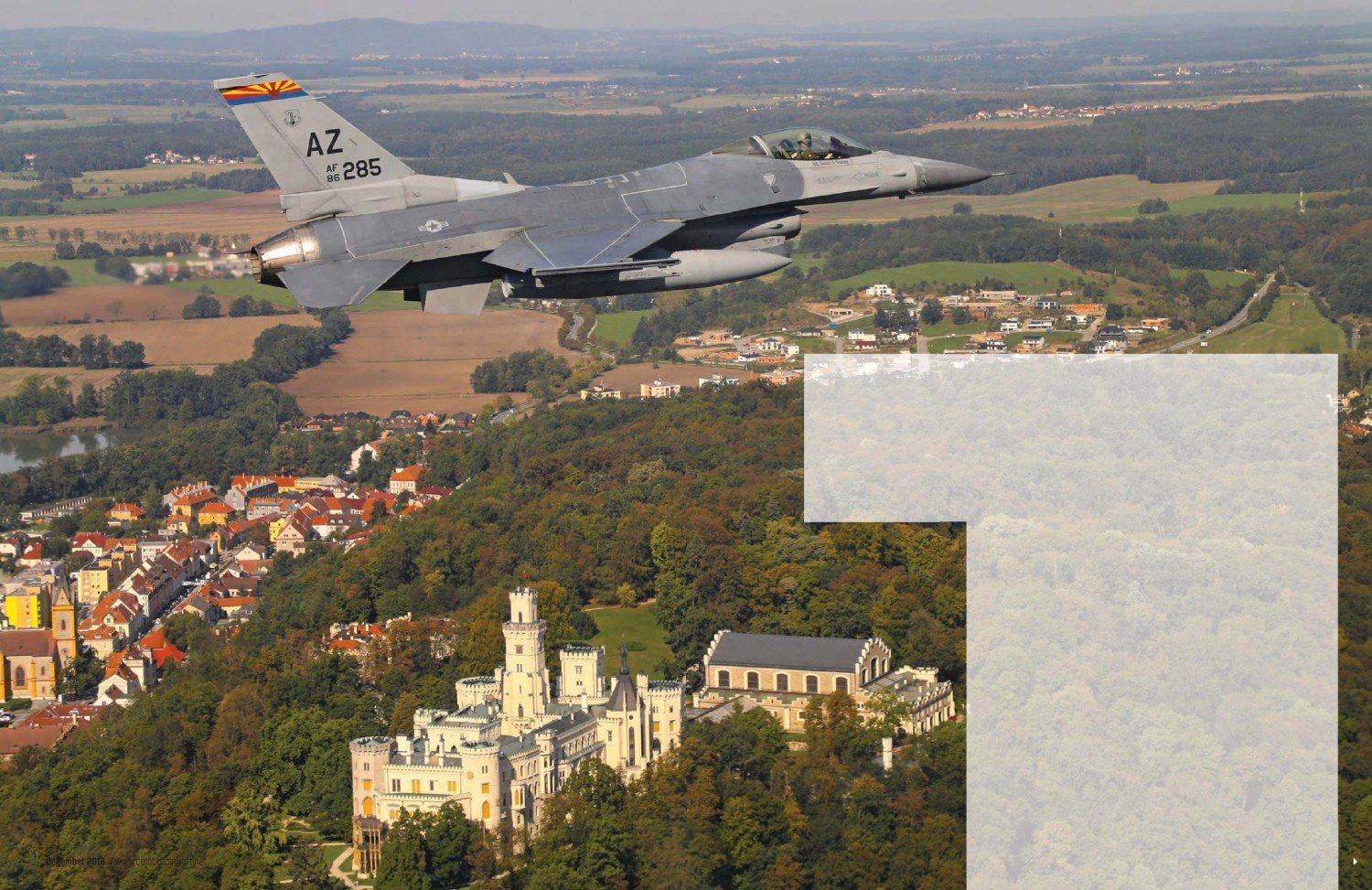 A ‘Warhawks’ F-16C flies over Hluboká Castle in the course of an ‘Ample Strike’ sortie.

NÁMĚŠŤ AIR BASE in the Czech Republic seems an unlikely place to find Arizona Air National Guard (ANG) F-16s at work. However, with the increasing rounds of deployments to Europe, that’s exactly where the 195th Fighter Squadron headed on August 27, as six ‘Vipers’ from the parent 162nd Fighter Wing headed off from Tucson, Arizona, bound for eastern Europe. It was the first time in more than 30 years that the squadron had sent aircraft to Europe, and it was doing so in order to participate in the Czech-led exercise ‘Ample Strike 2018’.