Wartime German jet engines were made on a vast scale — but to what end? 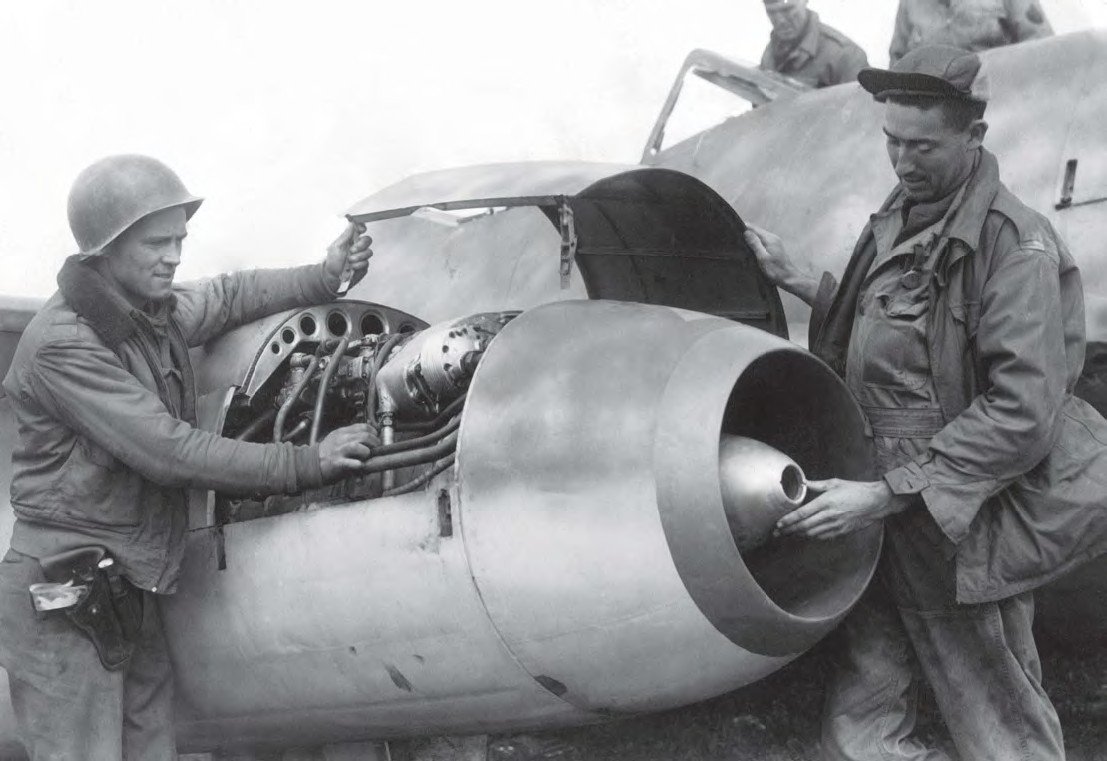 A Me 262’s starboard Jumo 004 is inspected by American troops in April 1945.
KEY COLLECTION

Compared to the other combatant nations, during the Second World War Germany produced jet engines on a gargantuan scale. Its jet producers built more than 6,500 engines, nine times as many as the UK’s, and in excess of 22 times as many as the US’s. Yet this is not in itself proof of technical superiority. Indeed, as described above, German jet engines were designed as much for minimal use of strategic materials and the demands of mass production as they were for pure performance. They were pushed into production by the RLM in part because of the failings of its conventional armaments programme, trying to square the competing demands of quantity and quality. The development delays or failures of some of the Luftwaffe’s most important follow-on types during 1941 and 1942 — such as the Me 210, He 177 and Me 309 — put pressure on the production and development capacity of an aviation industry that was already having trouble meeting the military’s production needs.