Was the world’s largest tank battle won in the air?

Both German and Russian offensives ventured along the Eastern front, equipped with forces on the ground and in the skies. The battle that would change the course of the Second World War was now in motion, Hitler did not underestimate its importance. “Soldiers of the Reich!” he rallied that day. “This day you are to take part in an offensive of such importance that the whole future of the war may depend on its outcome.” 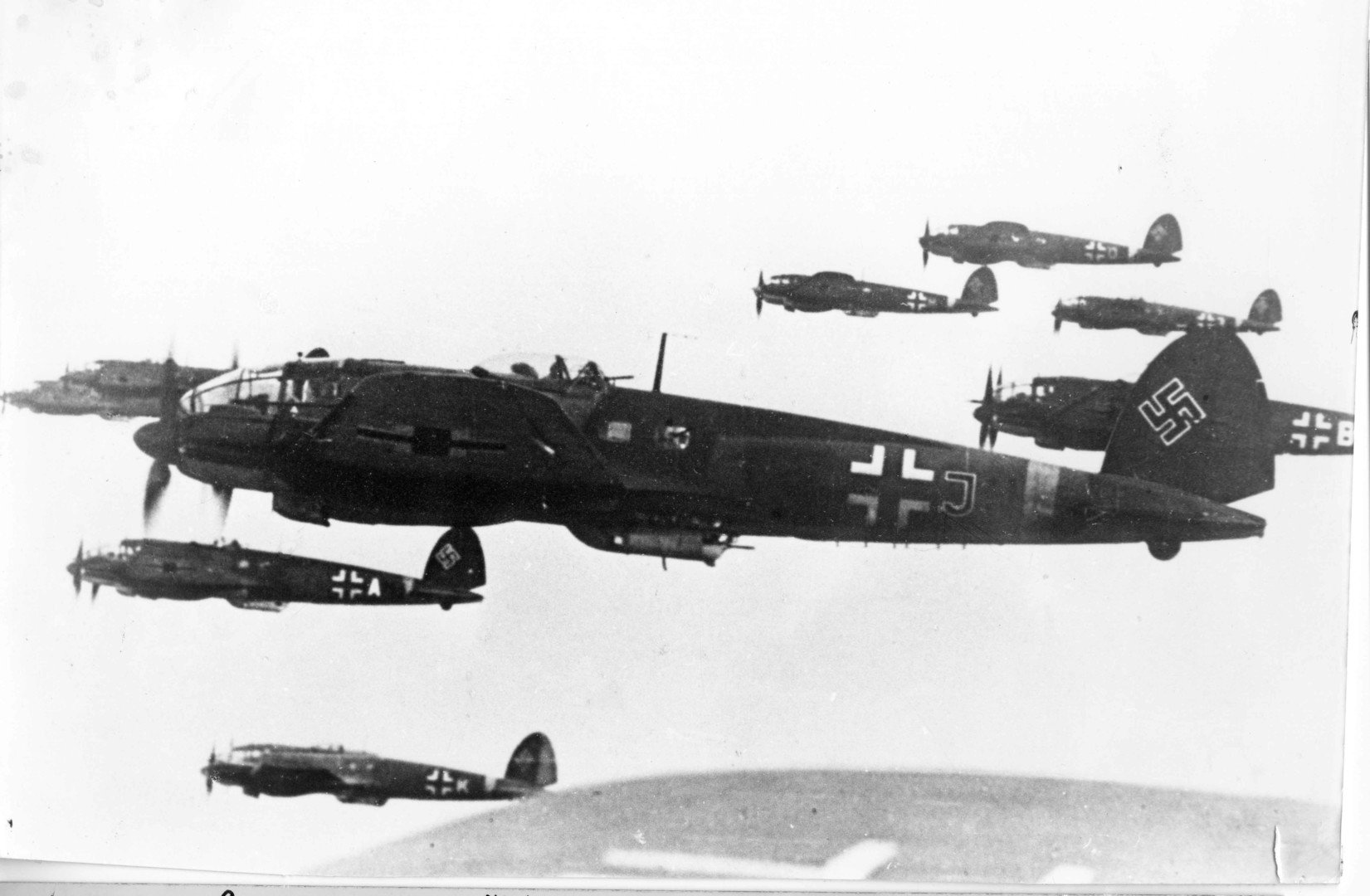 Many know of this as the greatest tank battle in history, but while the VVS (Soviet Air Force) may not have been equipped with experience, the manpower in the skies was an unforgettable contribution that should not be overshadowed by the forces on the ground.

After severe losses at Stalingrad, an operational victory was crucial for the survival of the German offensive. The idea behind what was known as ‘Operation Citadel’ was to weaken the Soviets by cutting off their armies that were predicted to be in the Kursk salient. The Luftwaffe knew that the Red Army had aircraft reserves and more resources to hand, so launching this operation was a tremendous risk. Yet it was their last chance to push forward on the Eastern front. Many of the VVS pilots were inexperienced and had barely had any real practice before the offensive began, working in favour of the Luftwaffe. 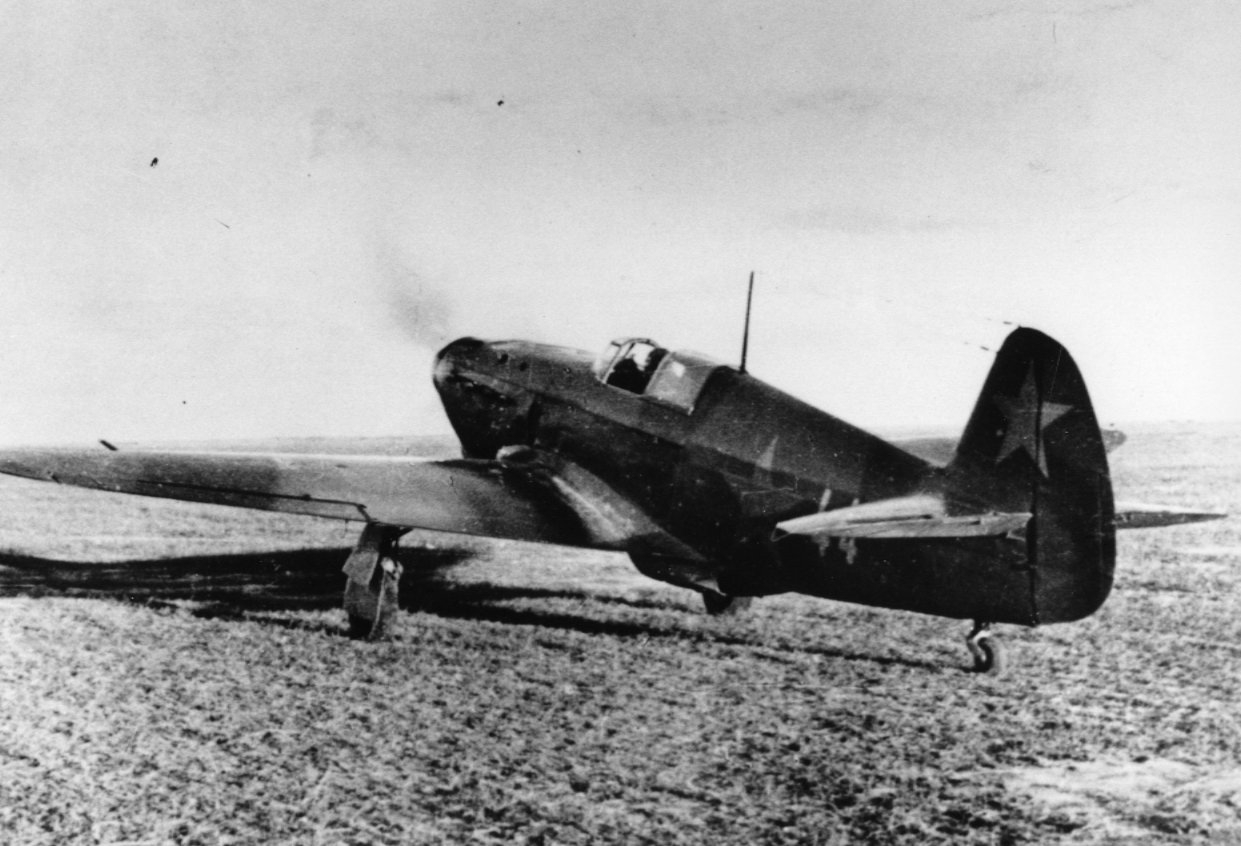 In the early hours of July 5, the Soviets flew into enemy territory in the hope that the German air forces would not be expecting their attack. They couldn’t have been more wrong. They were met by a mass of German fighters that destroyed the SSV, enabling the Germans to claim air superiority on the first day.

The Soviet air force vastly improved throughout the course of the Second World War. Their capabilities, however, were still significantly weaker than the Luftwaffe. It was clear that drastic changes needed to be made. After the first day of fighting, it was reported that Joseph Stalin was adamant that the SSV needed to enhance their position in the sky. Gaining air superiority was crucial to back up the fight on the ground. 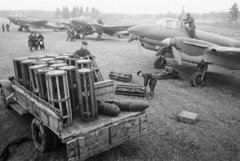 After suffering many losses on the first day of fighting, the future seemed bleak for the Soviets. Germany had never lost a summer offensive, so it would take a great deal of power to change that. After a few days of fighting in the air, it appeared as though the Luftwaffe were weakening significantly, allowing the Soviet forces to try and claim back air superiority.

German fighters were certainly more advanced than the SSV, they had years of tactical experience on their side. In January of 1943, the Russians had initiated a programme for pilots to help them gain much-needed practice in preparation for the battlefield. Although this may not have been enough for the Soviets to completely overrun the Luftwaffe, they were fortunate to have a clear advantage in numbers. This also meant they were able to replace aircraft constantly, something the Luftwaffe was unable to achieve.

The German air forces fought hard to maintain their position in the sky. Ju 87 dive bombers were deployed as a heavy defence towards the SSV along the southern wing of the Eastern front. They were known for their high success rate whilst attacking targets on the ground, however, this made them severely vulnerable to fighter aircraft. 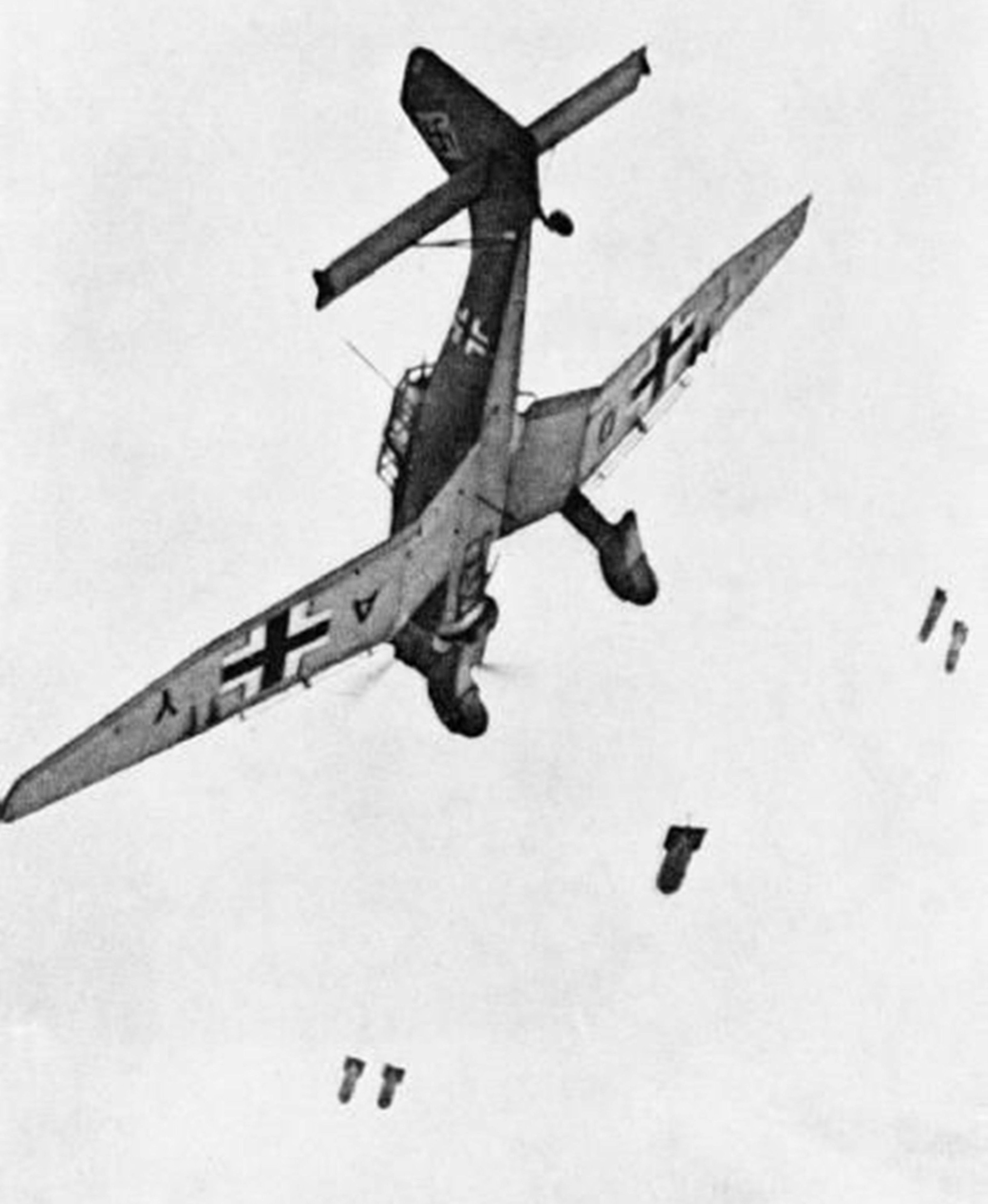 One of the most effective Soviet aircraft used at Kursk was the Ilyushin Il-2 or the “flying tank” as it was often referred to. It was clear that the tactics needed to change and fast, so new initiatives were introduced. The “circle of death” tactic was adopted by pilots flying the Il-2s, forming a circle of eight with each plane protecting the other with their forward-facing machine guns. Once a circle was formed, an Il-2 would break away to attack a target and then regain their original position. The Soviets claimed that the Il-2 fighters destroyed over 270 tanks in the space of 2 hours against the 3rd Panzer division. Although this is probably an exaggeration, damage was most certainly done to an irreversible extent.

Lydia Litvyak was amongst the many Soviet fighter pilots that fought to defend the Eastern front from German offensive. Many knew her aircraft from the white lily that was painted on one side, which became a statement of her wrath. Litvyak was also recognised as having the highest number of kills for a female pilot. The word of her ferocity spread throughout German forces as she became a fighter pilot to be dreaded.

Yet the Battle of Kursk was her final mission.

As she travelled back to the base in Orel, two Bf 109 fighters tailed Litvyak as she was attacking a large number of German bombers. With no parachute deployed or any evidence of an explosion, 21-year-old Lydia Litvyak was never seen again.

After the Luftwaffe attacked with such force on the first day, they gave off the impression that they would be attacking with the same vigour throughout. But they simply did not have the resources to continue their onslaught. July 9 was a major turning point that had a large impact on the entire battle. The Stuka ranks were completely destroyed by Soviet fighters, severely damaging the number of Ju 87s. The SSV had managed to claim an advantage in the sky far before there was a noticeable difference on the ground. Gaining control of the forces in the sky gave Soviet tank commands the precious time they needed to re-group and evaluate their current stance without the added pressure of gunfire from above. 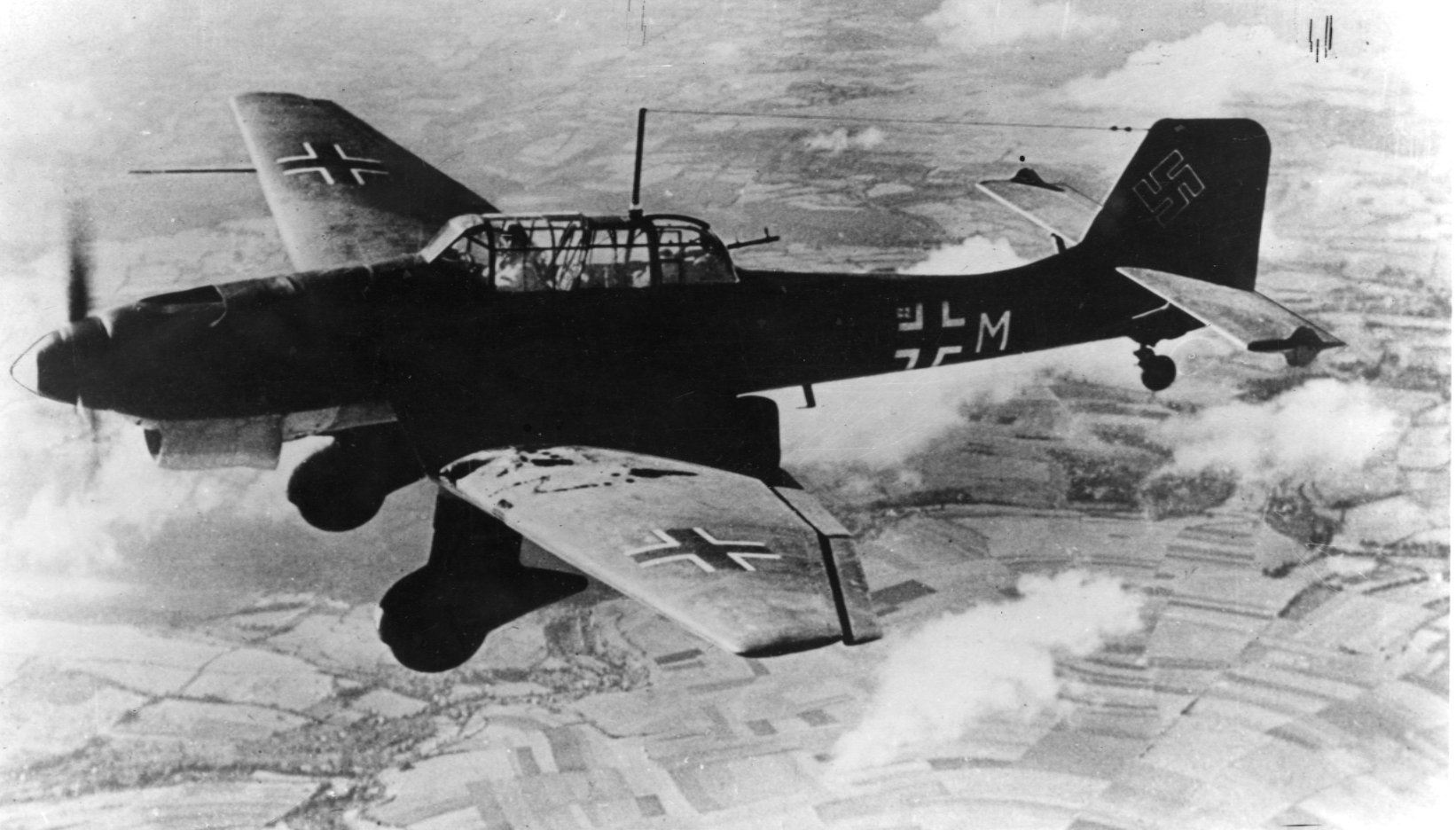 The Luftwaffe began to fall short. Their ammunition levels were low, and they were unable to replace aircraft unlike the SSV. German air forces now focussed on gaining temporary air superiority in order to provide support and cover for the troops on the ground. Finally, the Luftwaffe could not sustain the fight any longer. Hitler made the decision on July 12 to withdraw the troops from Kursk, denying them their last chance to claim a victory along the Eastern front. 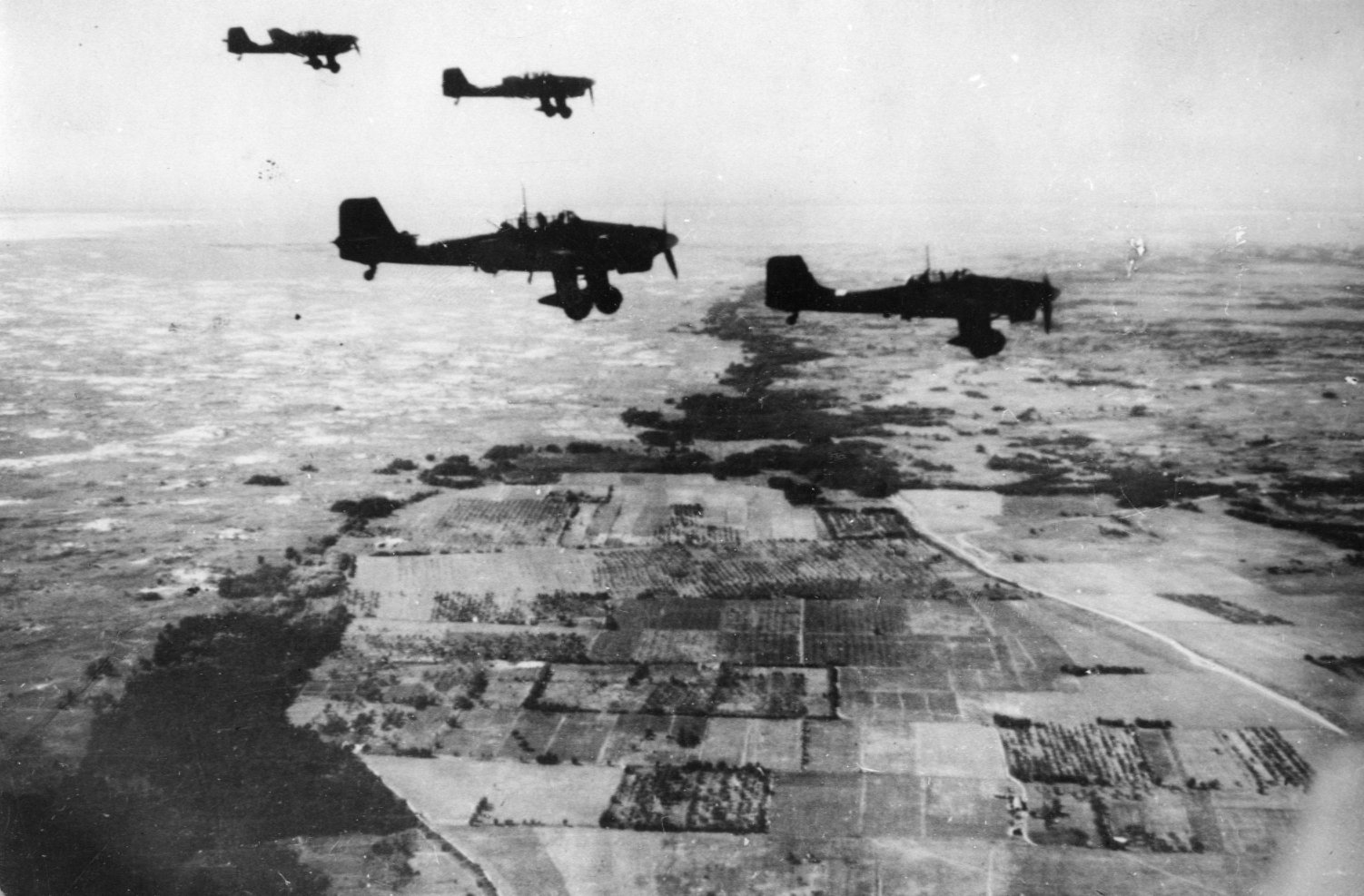 Without gaining air superiority, the possibility of the Germans pushing over the Eastern front may have become a reality. The change of tactics and the sheer manpower involved gave the forces on the ground the time they needed to push forward with their offensive. The significance of this battle resonates throughout history, as the Germans were then limited with their attacks towards Soviet defences.

Ilyushin Il-2
This aircraft was used for ground attacks against German forces. Due to its weight, the Il-2 could only carry light bombs loads. Although heavy armour meant it had a lot of protection, some referred to it as the ‘flying tank’.

Petlyakov Pe-2
This soviet dive bomber was known for being fast and durable. It was used for tactical attacks, allowing Soviet forces to have better bombing accuracy.

Yakovlev Yak-1
Far smaller than Il-2 or the Pe-2, this aircraft was little but robust. Its wooden structure meant it was easy to maintain, as well as incredibly fast.

Junkers Ju 87 Stukas
Ju 87s were German dive bombers that were used specifically for ground attacks. The wings represented those of a gull, making them easy to recognise by the enemy.

Heinkel He 111
A German bomber that was most recognised by the green tip at the nose of the plane. It could sustain heavy attacks and proved its worth as a strategic bomber.