Aeroplane Editor Ben Dunnell talks you through the amazing show programme from the 70-year-old Hendon event.

Back in the summer of 1951, air shows weren’t as prevalent as they are today – but the biggest event of the year was 50 Years of Flying at Hendon airfield. Sponsored by the Daily Express, the special one-off event also happened to coincide with the 40th anniversary of Aeroplane magazine (which has just celebrated its 110th birthday), and featured a fantastic array of machinery. Aeroplanes that flew that day included the Bleriot XI Monoplane from 1909 – the same aircraft from the Shuttleworth Collection that still flies today.

Watch above as Aeroplane’s Editor Ben Dunnell talks you through the quirks of the show’s programme. Meanwhile, here are some rare pictures from the day… 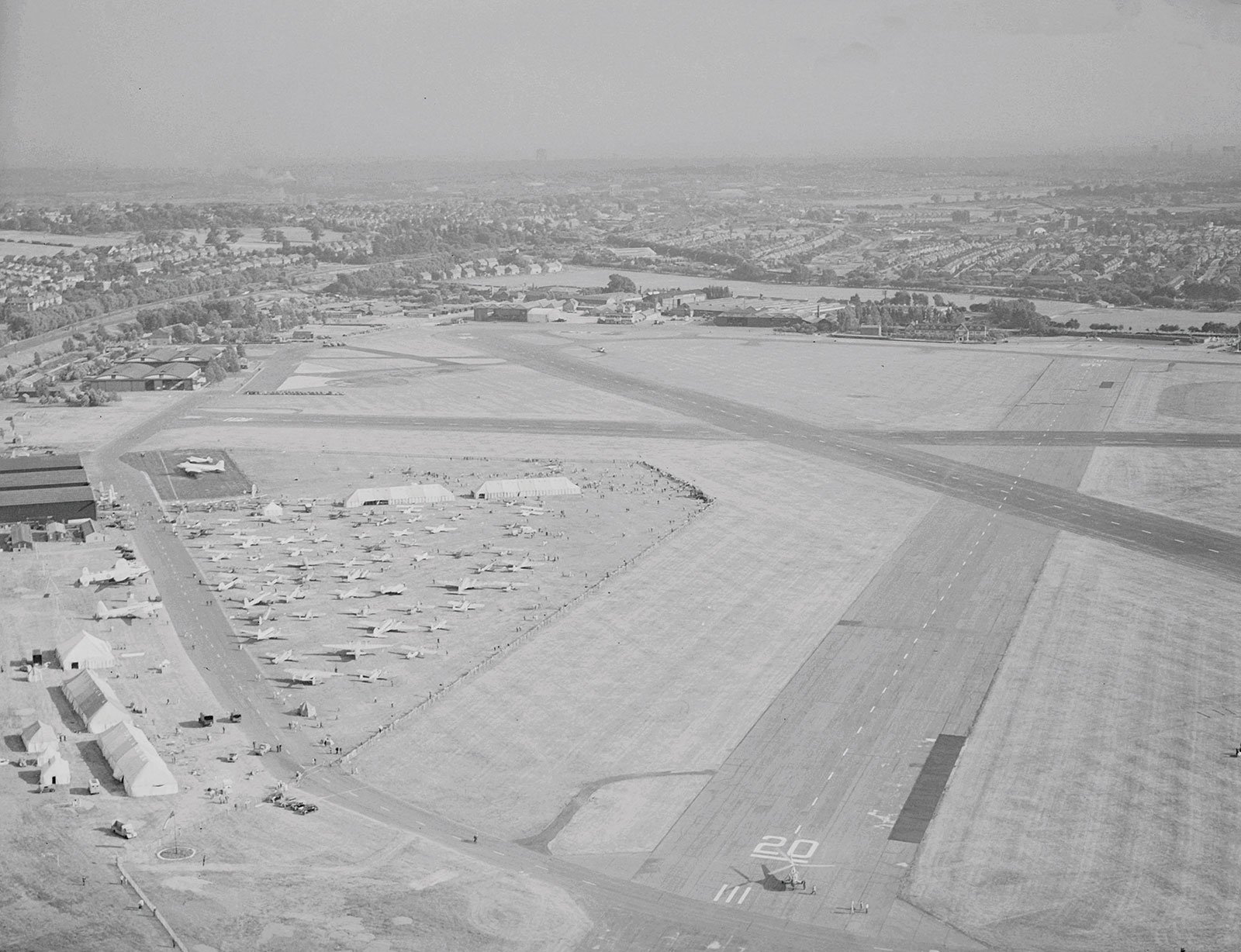 Looking across the RAF Hendon site, down the axis of runway 20, on which the Westland WS-51 can just be seen. The main aircraft park is on the left. 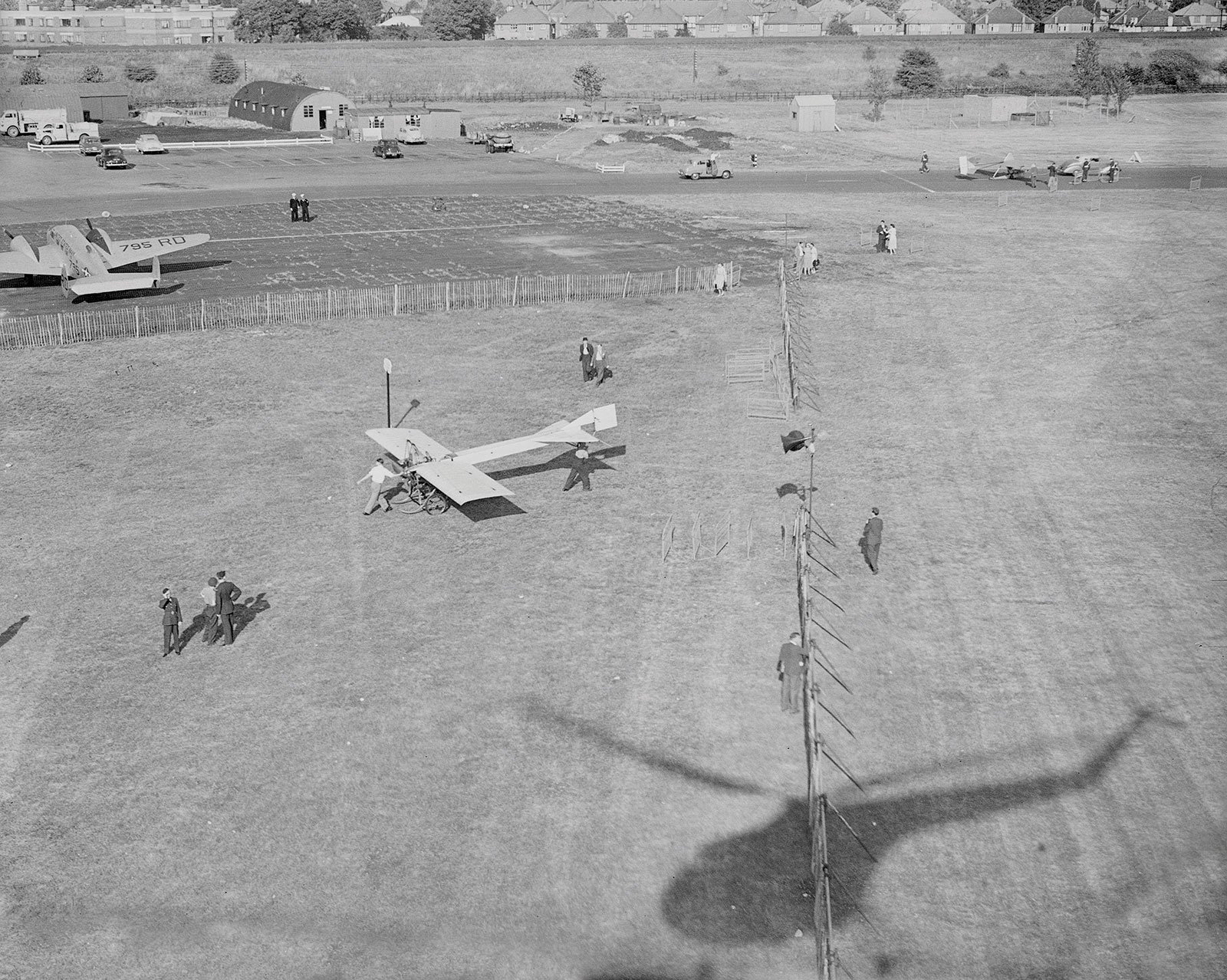 With the shadow of the Bristol 171 camera platform prominent, the Shuttleworth Collection’s 1910 Deperdussin is pulled out of the enclosure, ready to fly. 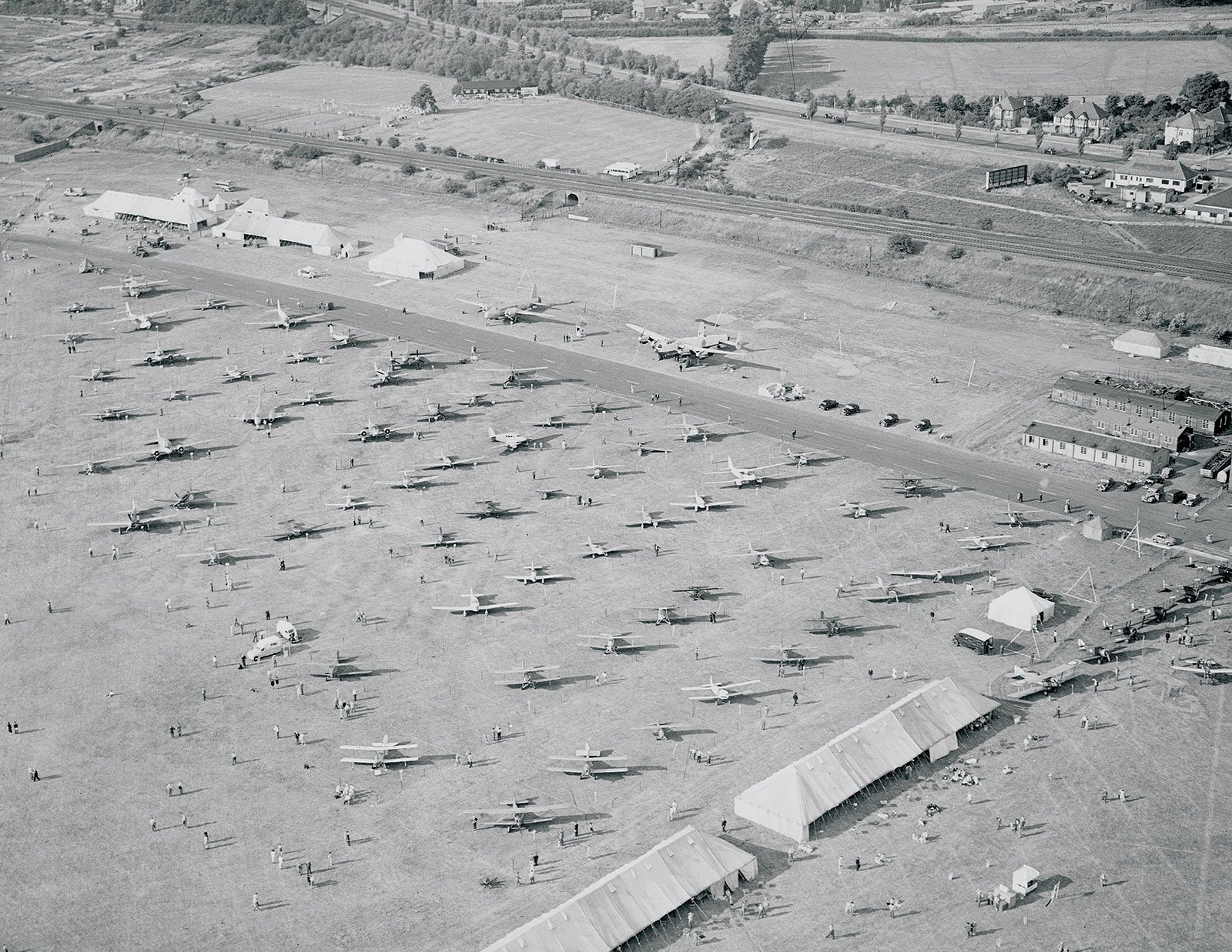 An alternative angle on the array of historic aeroplanes inside the public enclosure. 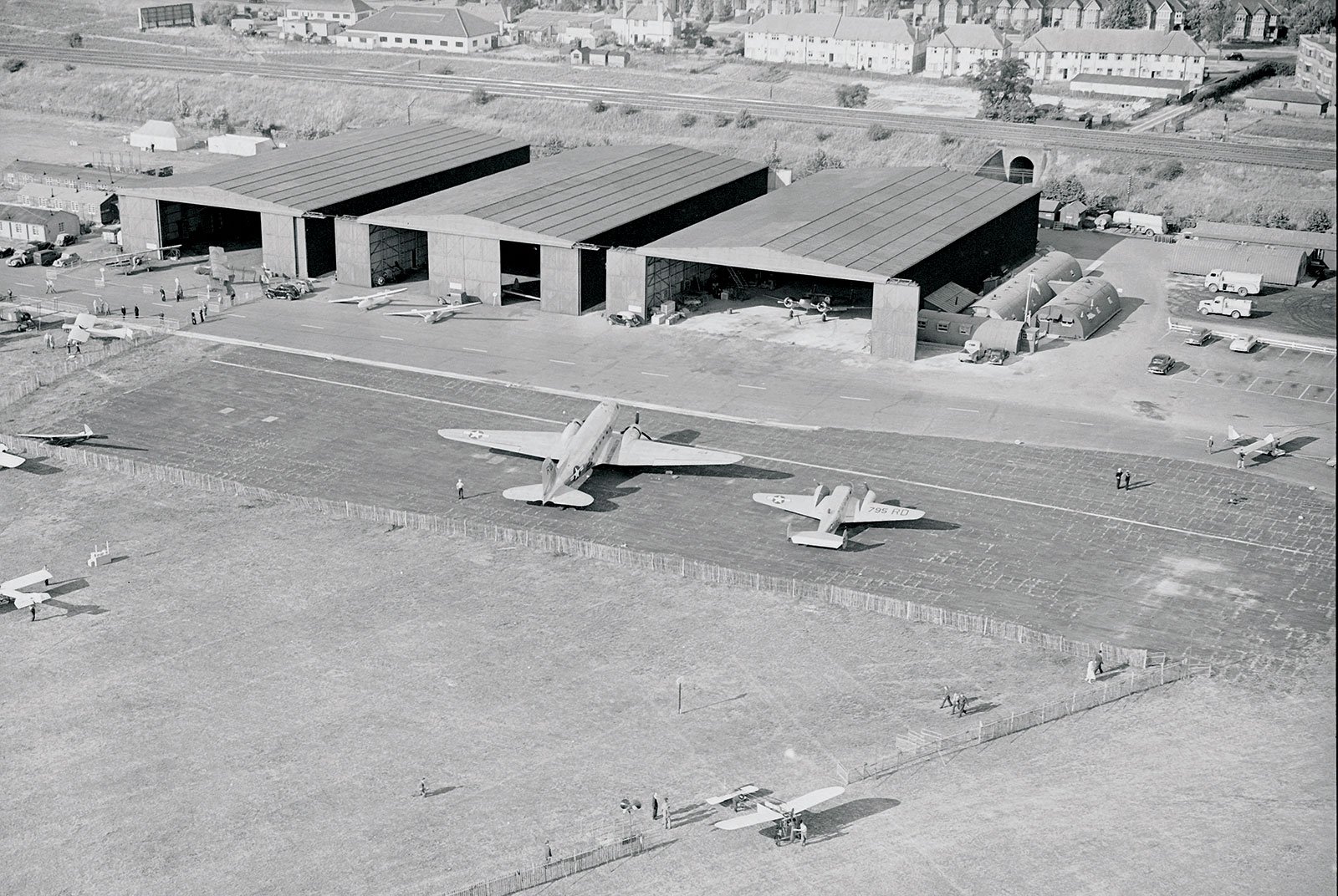 US Navy fleet aircraft service squadron FASRON 200 was based at Hendon at the time, and one of each of its Douglas R4Ds and Beech SNB-5s were outside to view, if not formally part of the event. Its hangars also provided a convenient place in which to house the gliders and older airframes overnight. 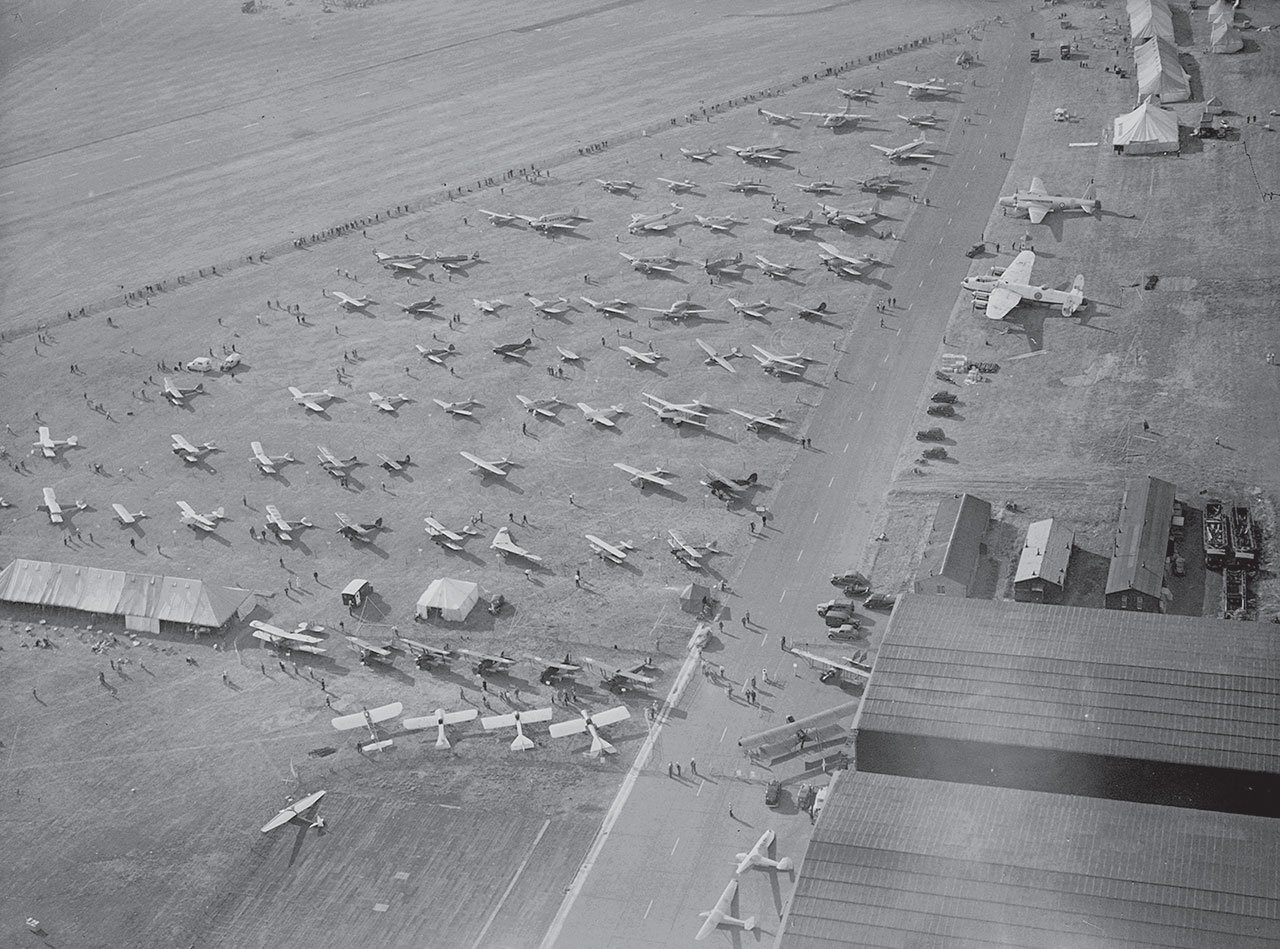 On this side of the fence are the ‘pioneer’ aircraft and First World War types, plus some of the gliders. 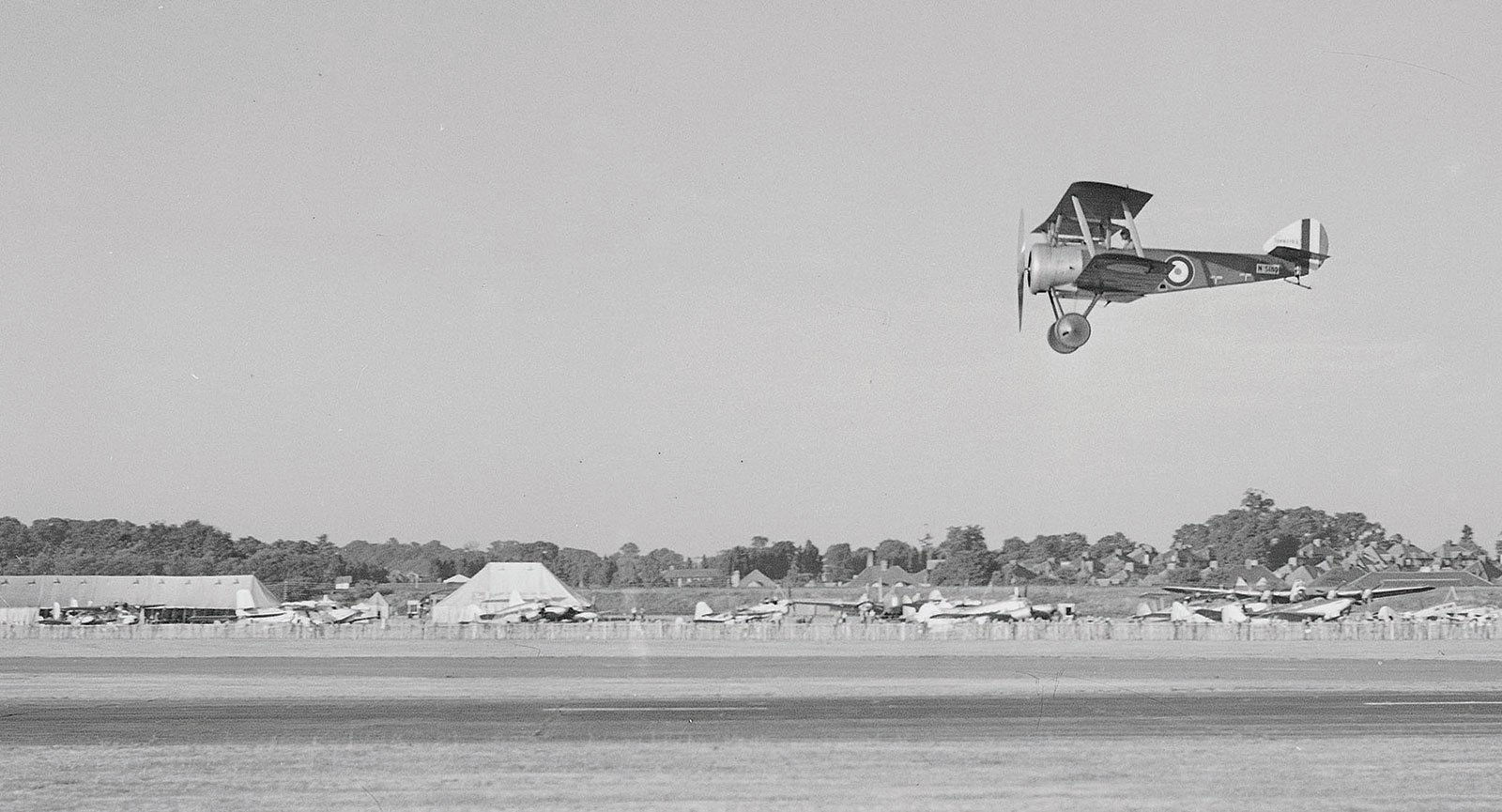 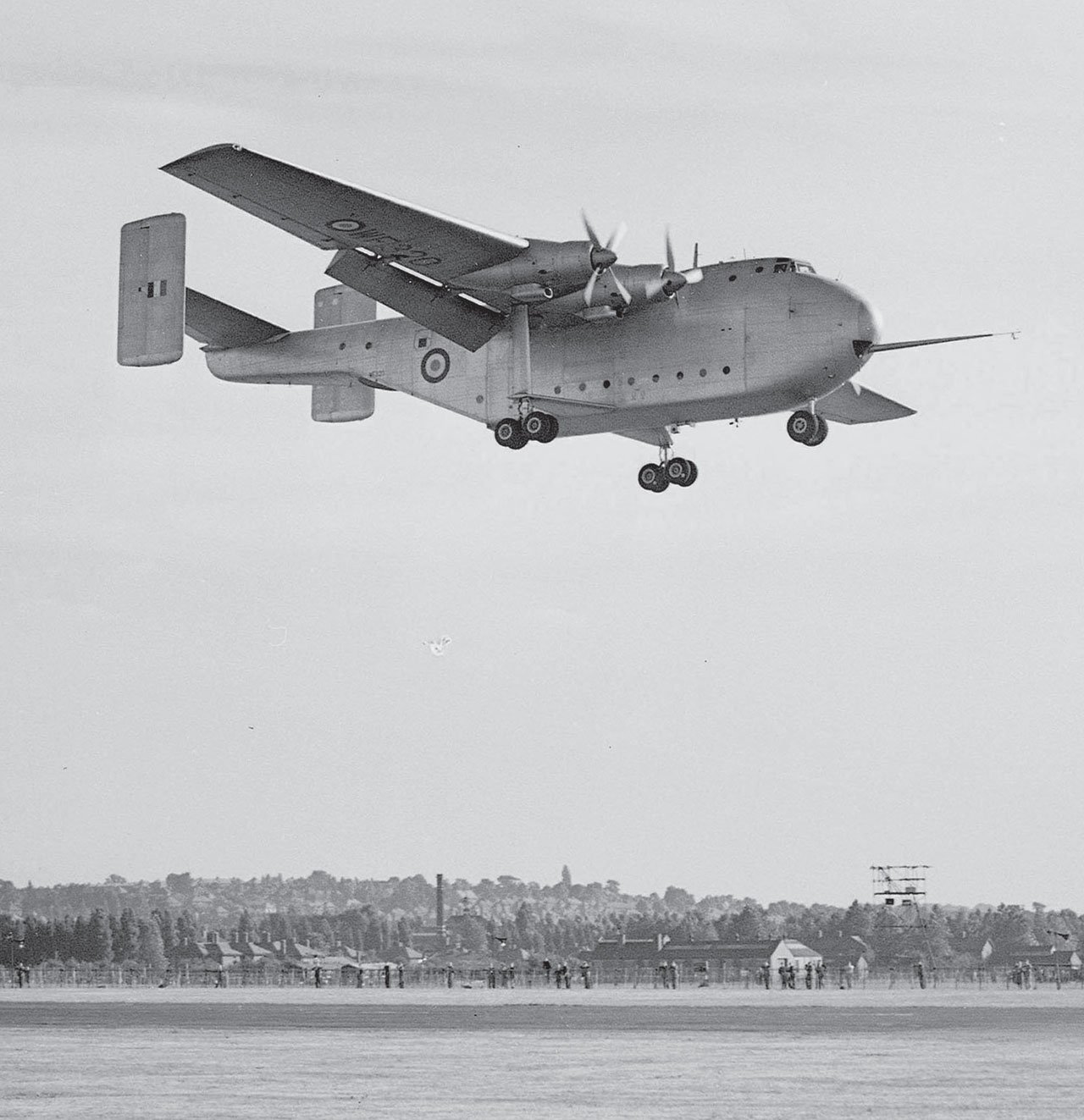 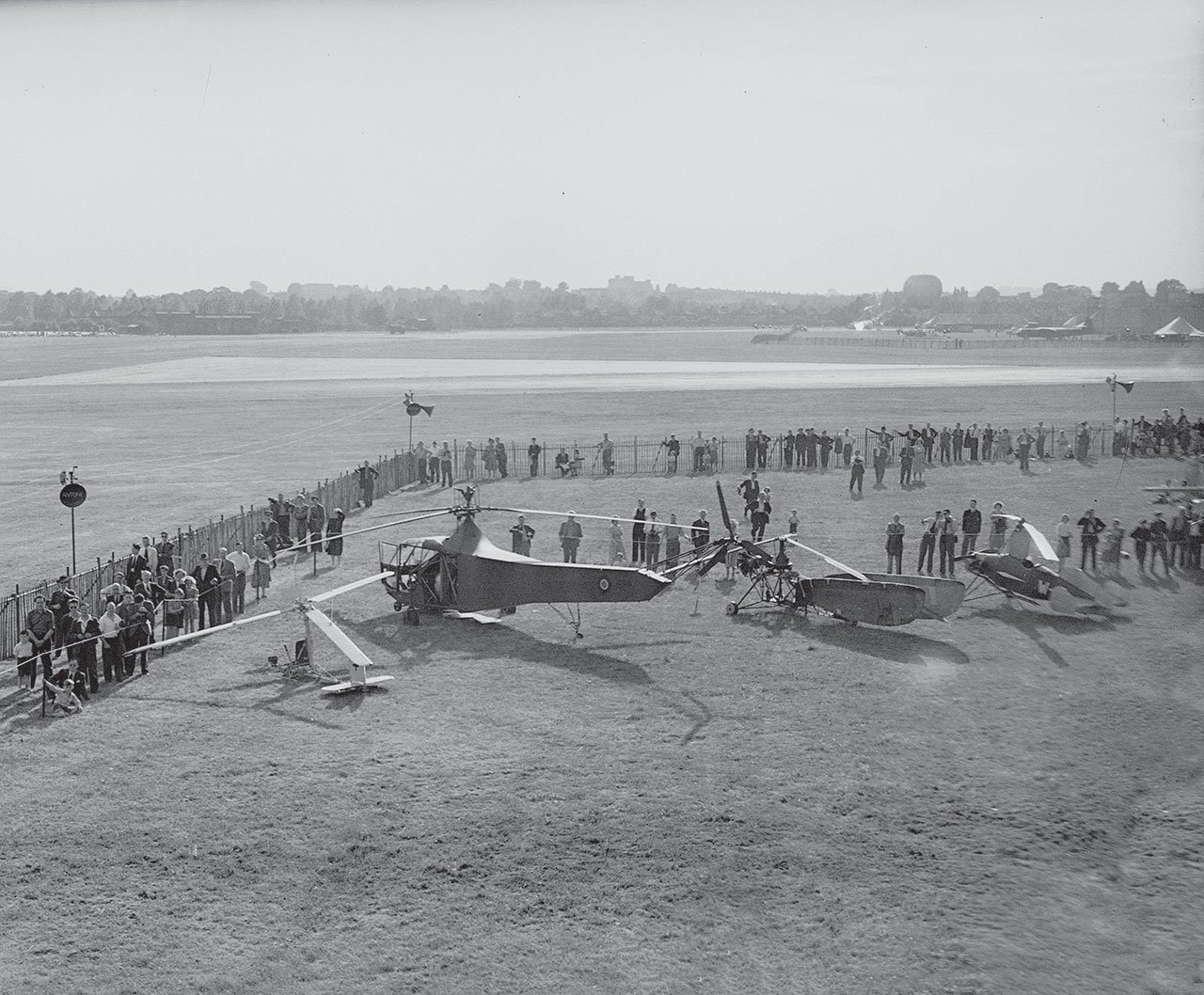 This part of the rotary-wing static area brought together (from left to right) a captured Focke-Achgelis Fa 330 gyro-glider, somewhat out-of-place in what was primarily a display of British aeronautical progress, a Sikorsky Hoverfly I, the Hafner R-2 and the Weir W-2. 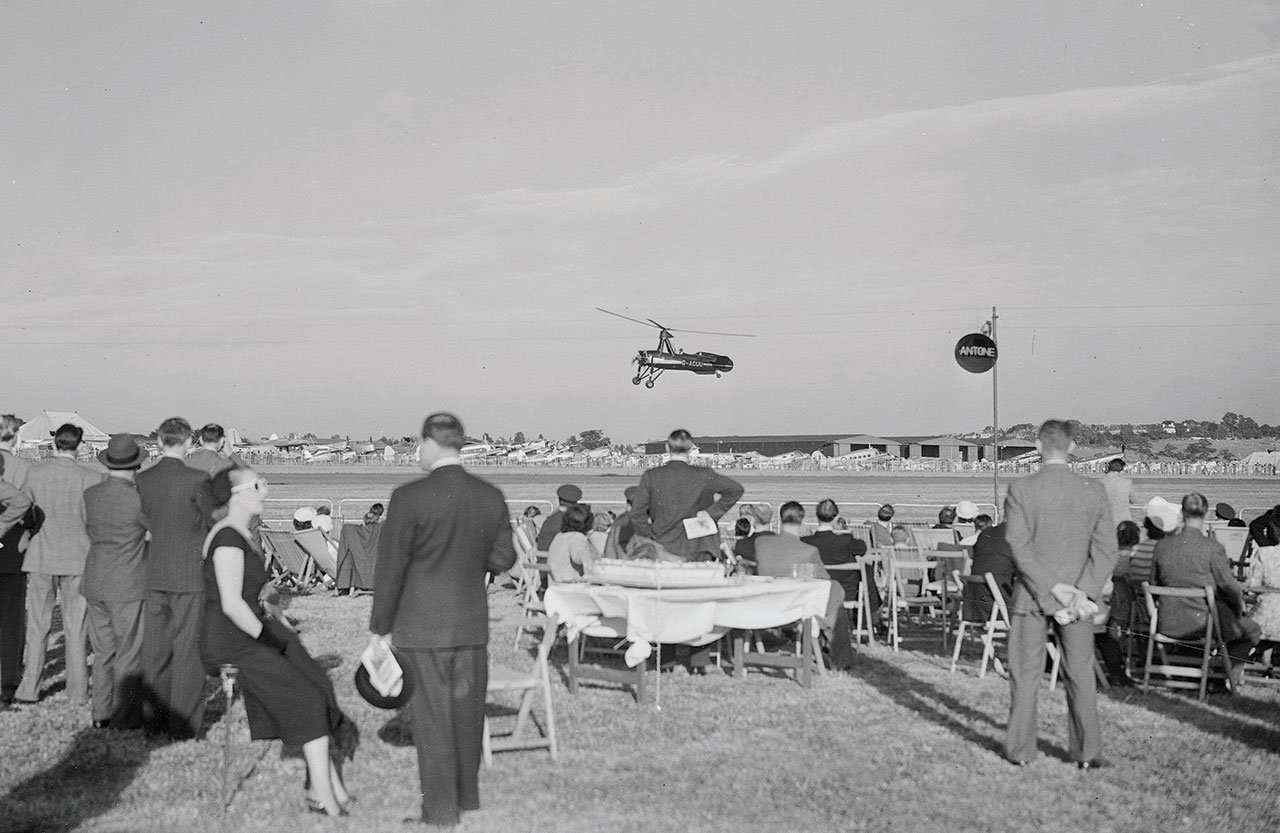 Cierva C30A G-ACUU goes through its paces during the daily flying demonstrations, in the hands of Norman Hill. Restored to its wartime RAF configuration, this machine can now be seen on display at IWM Duxford.