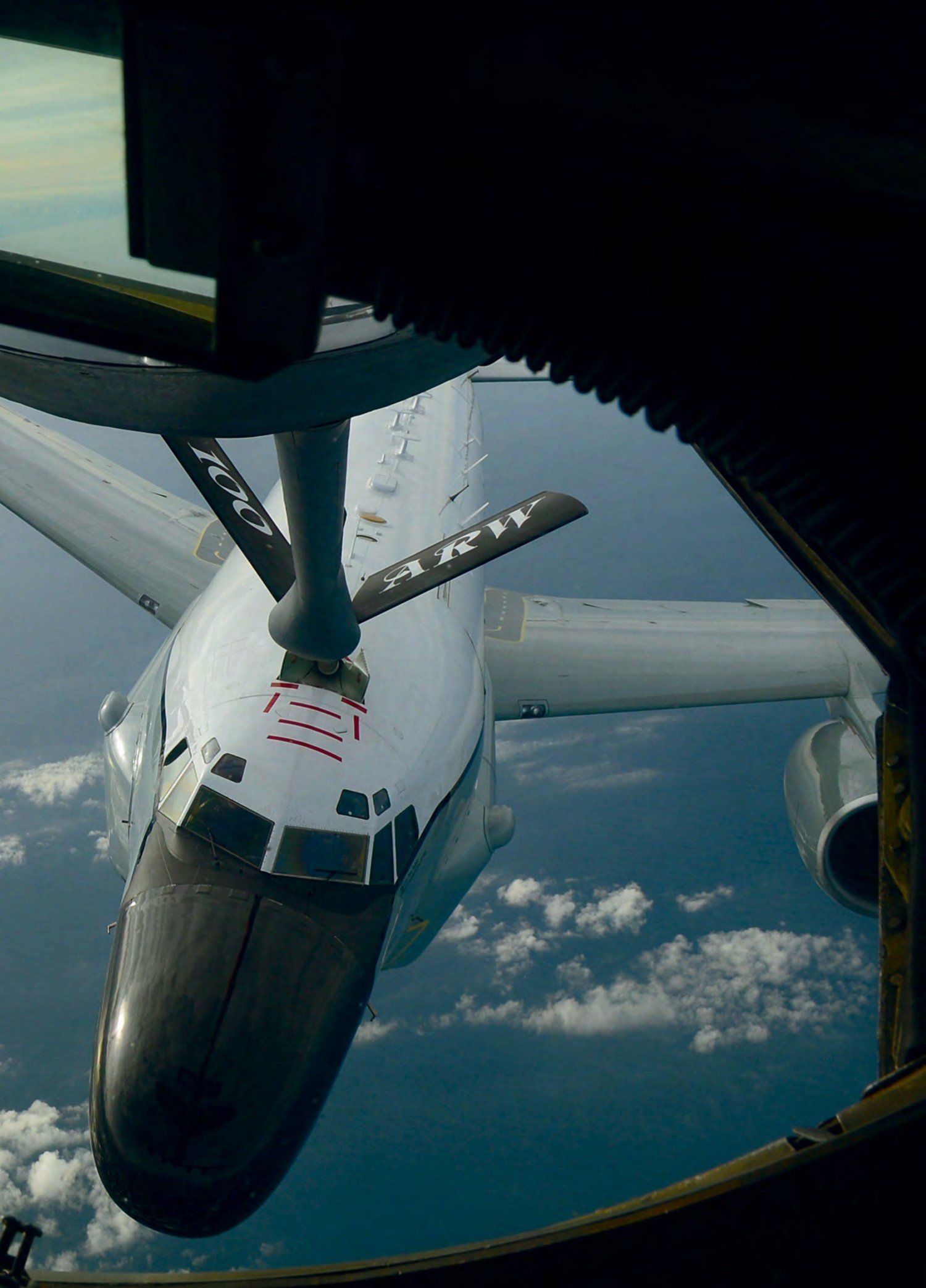 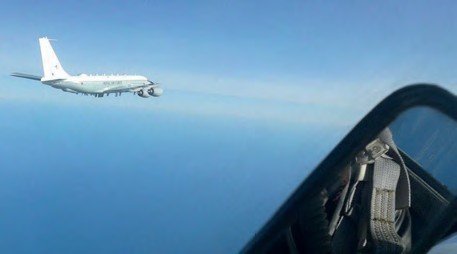 The view from the cockpit of a Russian Su-27 fighter as it intercepts an RAF RC-135 over the Baltic sometime in 2015. In July of the previous year, a Rivet Joint conducting a “routine surveillance mission” in international airspace over the Baltic was forced to flee into Swedish airspace in order to avoid an “attempted encounter” by Russian fighters.
VKS

EARLY ON a cold February morning, one of the Royal Air Force’s two Boeing RC-135 Rivet Joint electronic intelligence (ELINT) aircraft lifted off from its home base of RAF Waddington in Lincolnshire and headed out over the North Sea. It topped up the fuel tanks from a US Air Force Boeing KC-135 Stratotanker soon after take-off and then headed east.