THE WAY WE WERE

”When I fired my four 20mm cannons, the Bv 138 caught fire and, trailing a huge plume of smoke, ditched in the sea. I circled and saw what I thought was a survivor, so I called [control at] Belfast to send a destroyer”

Beaufighter X NE355 wearing ‘invasion stripes’ for operations in the western end of the Channel, during June 1944. 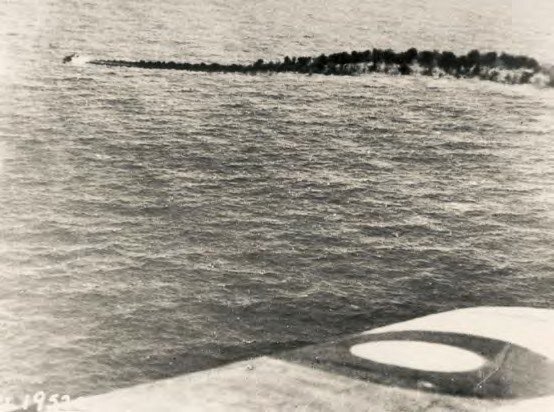 A Bv 138 trailing smoke towards its doom.

On the morning of July 28, Beaufighters flown by de la Haye and Fg Off Syd Shulemson were vectored to the southeast where they drove off a Ju 88. They were then sent west, as Shulemson recalled: “I continued to dive off height, building up great speed and very soon saw a Bv 138 at about 500ft with de la Haye behind it, but turning away. I continued my dive, got well below the enemy and came up behind and below.