What happens when a large military base – the biggest employer in a fairly remote area – closes? One option is to turn it into an airport; Sebastian Schmitz found out more when he visited the Lower Rhein near the German-Dutch border. 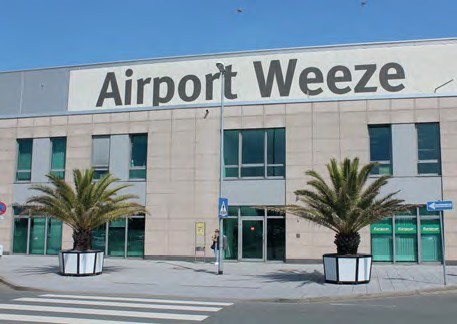 The modern terminal is actually a converted hangar.
(All photos author)

Following World War Two, the Royal Air Force built a number of airfields in West Germany, including RAF Gütersloh midway between Düsseldorf and Hanover, RAF Gatow in Berlin, and a group of ‘Clutch’ stations close to the border with the Netherlands. These four – RAF Laarbruch, Wildenrath, Brüggen and Geilenkirchen – were further from the East German border, and the Iron Curtain, which enabled the UK to fulfil its commitment to support Western interests in Europe while keeping its forces as far as possible from any potential harm’s way.