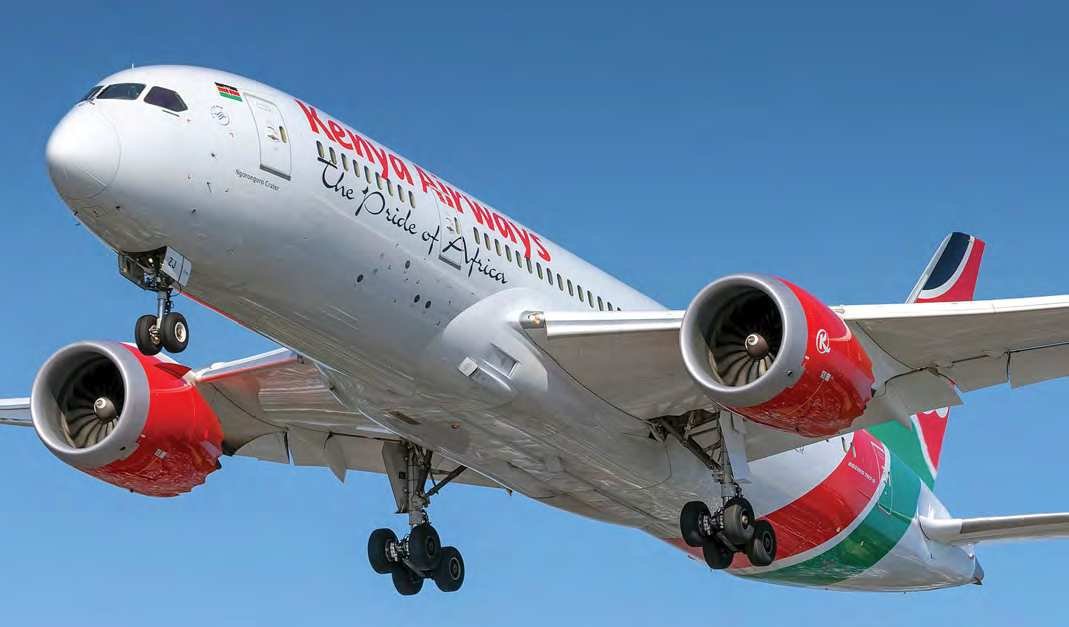 A Kenya Airways Boeing 787-8, 5Y-KZJ (c/n 36046), at London/Heathrow. The Nairobi-based carrier has a total of 11 Dreamliner examples in its widebody fleet
AirTeamImages.com/Loredana Cioclei

Momentous change for the better following events that rock our commercial, political and personal lives seldom comes easily or swiftly. Just a few months into 2021, the civil sector of our industry remains in a race to deliver a COVID-19 vaccine and restore traveller and investor confidence. No major aeronautics business appreciates that more keenly than Boeing, which faced a game-changing fate even before coronavirus began its relentless march. As our lead feature on pages 28-33 relates, aviation regulators around the globe have continued to give a cautious nod for the Boeing 737 MAX to return to service. Approvals from Transport Canada and the European Union Aviation Safety Agency (EASA) – both considered to be among the most stringent organisations of their type – open up two major markets for the beleaguered narrowbody.

While this is good news for the US aerospace giant, its suppliers and customers, it isn’t a neat resolution to Boeing’s woes. Ongoing contractual disputes with airline customers, the continued threat of legal action and fresh allegations about working practices at its manufacturing plants still leave an atmosphere of negativity around the MAX programme. As Gordon Smith, our group editor of commercial aviation, has observed: “To combat this, Boeing executives, in full co-ordination with operator airlines and other partners, must ensure that the jet’s return to service is as smooth as possible, leveraging the ‘soft start’ presented by dampened travel demand due to the pandemic. While Boeing’s fiercest critics may never be won over, a reassuringly solid return to the skies for the MAX should appease the majority of stakeholders and allow the company to channel more of its bandwidth towards other priorities.”