Hiroshima Airport is a modern and efficient facility, but as Sebastian Schmitz found out, attracting passengers is proving a challenge. 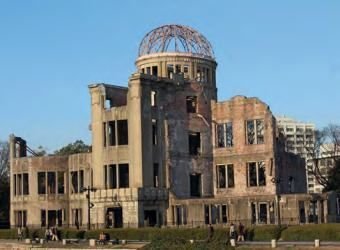 A great many people visit the Hiroshima Peace Memorial.
ALL PHOTOS AUTHOR UNLESS STATED

The Japanese harbour city of Hiroshima is known around the world for all the wrong reasons. In 1945, during the final stages of World War Two, it was the first of two Japanese cities, Nagasaki being the other, to be attacked with a nuclear bomb and largely destroyed.

Today, more than 70 years later, it is a flourishing city once more, with a very friendly and lively atmosphere. The two, World Heritage Sites here – the beautiful Itsukushima Shrine and the former Product Exhibition Hall with its skeletal iconic dome bearing witness to the attack – draw most visitors to the area. Hiroshima Castle, numerous parks and the lovely scenery surrounding the city also attract many tourists.