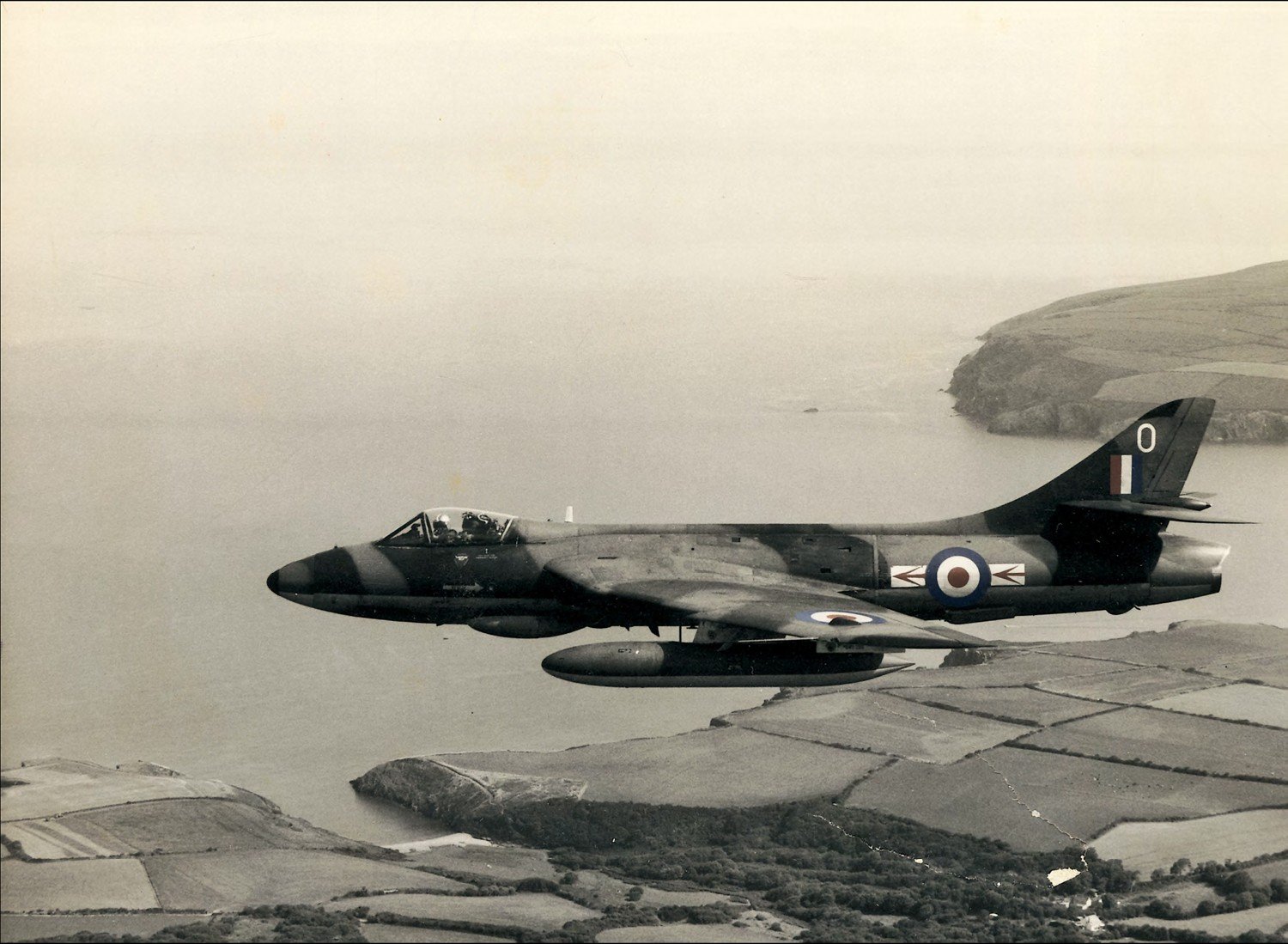 A fine study of a 79 Squadron aircraft over the Welsh coast.

Perched on the top of cliffs overlooking St Bride’s Bay, east of St David’s in South West Wales, Brawdy was built in World War Two as a Coastal Command base. In 1952 it was reborn as HMS Goldcrest and used by the Fleet Air Arm as an advanced training school for fighter pilots and it was the shore base for the Fairey Gannet airborne early warning force.