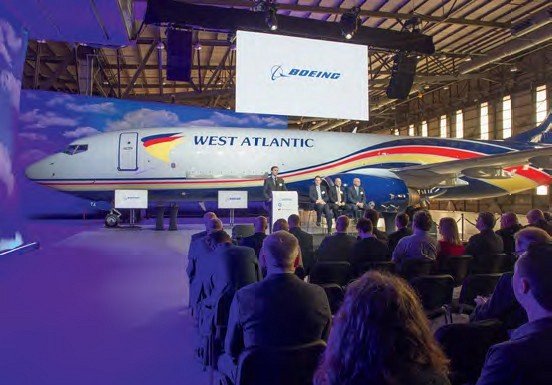 The world’s first Boeing 737-800BCF was handed over to West Atlantic during a ceremony on April 19. ALL PHOTOS KEY − ANDY MARTIN 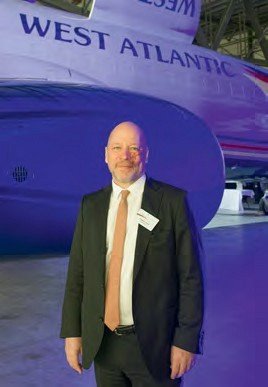 BOEING COMMERCIAL Aircraft and GE Capital Aviation Services (GECAS) have handed over the first Boeing 737-800 freighter to the programme’s launch customer West Atlantic Group. The aircraft, which has been converted from passenger configuration, will be placed onto the firm’s UK AOC and will be operated – along with three others – in Europe on behalf of a major integrator.