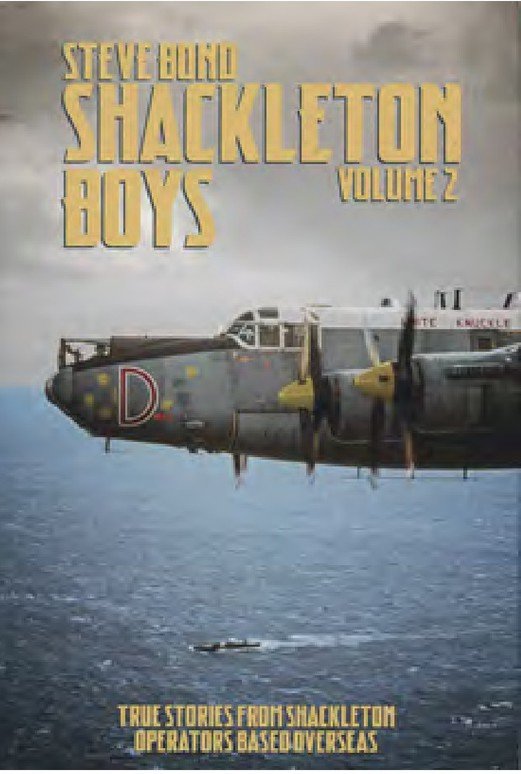 In the second part of the latest in Grub Street Publishing’s Boys series, author Steve Bond returns to the Shackleton, covering its overseas operations. From the early 1950s, RAF squadrons based from Gibraltar to Singapore maintained a different type of service to their home-based brethren. They were in the thick of the action through to the 1960s, such as bombing in support of ground forces in the Oman and Aden protectorates. More traditional maritime patrols were flown during the Suez campaign and Indonesian Confrontation, as well as the Beira Patrol. With the South African Air Force flying ‘Shacks’ from Cape Town, this well written and illustrated book truly spans the globe. The reader can almost smell the type’s unique mix of leather, fuel and sweat as the pages turn, making it a worthy addition to this excellent series. It should delight ex-Shack hands and general readers alike. 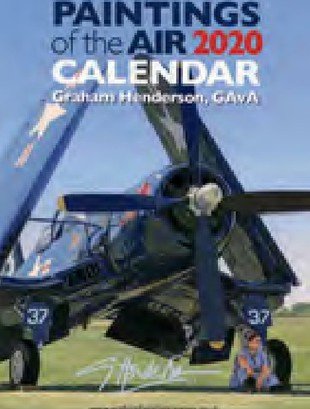 If you have a large gap on one of your walls that’s begging to accommodate a 2020 calendar, this offering from renowned artist Graham Henderson could be ideal. The A3 portrait-style item opens with a glorious pencil study of Vulcan XH558 for January, while December’s closing visual is an impressive colour gouache close-up of the Battle of Britain Memorial Flight’s Lancaster. The treats in between also flit between pencil and colour mediums, with subjects including the Tornado GR.4, Lockheed Constellation, P-51 Mustang, Catalina and Buccaneer. Our favourite is the magnificent pencil drawing of the Red Bull B-25 in its polished metal finish. There is an A4 version at £20, and all are personally signed by Graham. The price includes postage and packing. 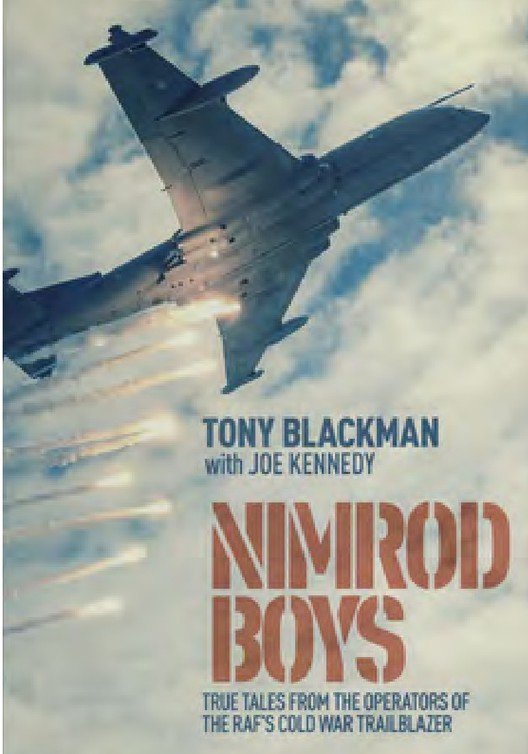 Through 18 chapters, the author offers a worthy selection of recollections from former Nimrod aircrew spanning the aircraft’s 40 years of service. Much of this was during the Cold War, when RAF Nimrod crews played their cat-and-mouse games of locating and tracking Soviet submarines in the Arctic and Atlantic Oceans.

This little known but vital role is well described here and is surprising and entertaining in equal measure. The Nimrod’s part in the 1982 Falklands conflict brought new weapons and capabilities, highlighting the flexibility of the type and its crews. Later operations over Iraq and Afghanistan are also examined and show the same versatility. The shadowy and very different signals intelligence role of the Nimrod R.1 with 51 Squadron is also explored in detail. It’s a pity the publisher chose the ill-fated Nimrod MRA.4, which never entered service, for the cover illustration, but this doesn’t detract from a fascinating and enjoyable read. 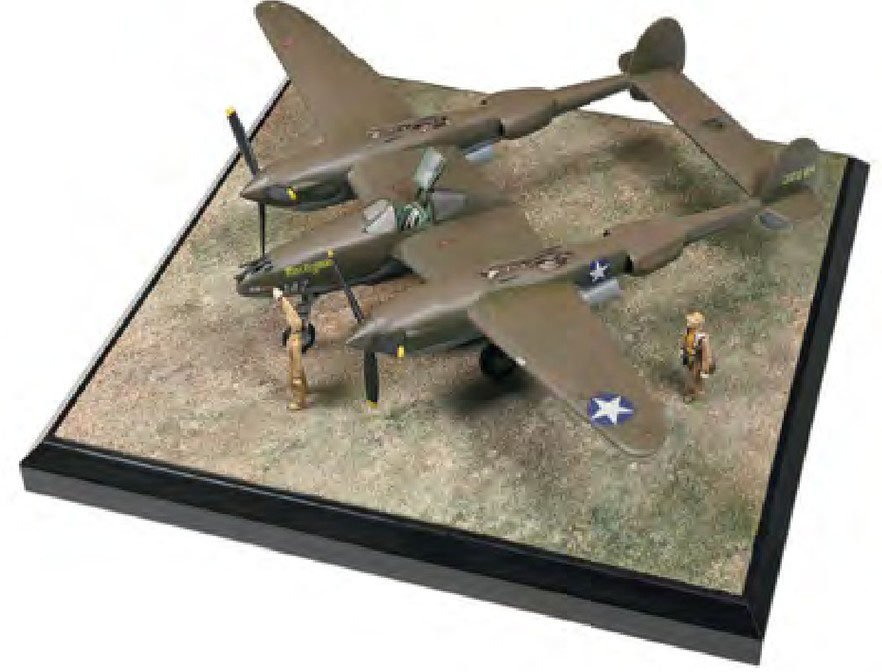 Model collectors with a leaning towards USAAF types have a fine choice in this 1/72 scale Lockheed P-38 Lightning.Each replica is hamdmade and the run is limited to just 25 copies.This facsimile represents P-38G 43-2264 Miss Virginia from the 347th Fighter Group, one of the aircraft involved in the shooting down of the ‘Betty’ bomber carrying Japanese Admiral Isoruku Yamamoto on April 18, 1943. The model has an authentic Olive Drab and Neutral Gray colour scheme, comes on a convincing textured base and there is the choice of optional figures at £15 each.

Deep into the archive 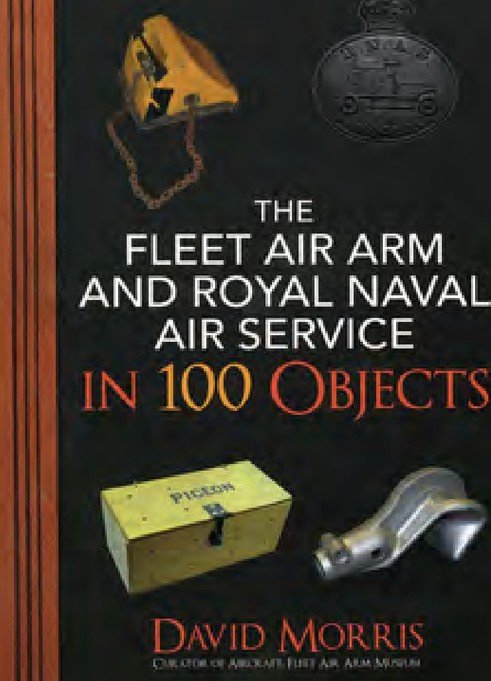 Author David Morris is the curator of aircraft at Somerset’s superb Fleet Air Arm Museum. In this concise and accessible book, he picks out 100 objects from both the Yeovilton attraction and the wider National Museum of the Royal Navy for scrutiny. David describes each item and places it within historical context. The result is a fascinating and sometimes unexpected journey through the museum’s considerable archives, with the author’s keen interest in history and mechanical

devices shining through on every page. From aircraft and technology to training, language and recreation, the flying branch of the Royal Navy has long had its own specific set of icons, rules and traditions, many of which are explored here. Among the exhibits featured are everything from aircraft types (such as the Supermarine Walrus) to illuminated wands, tractors and tugs – even a squadron commander’s wristwatch. The publication is also available in Kindle, Kobo and iBook 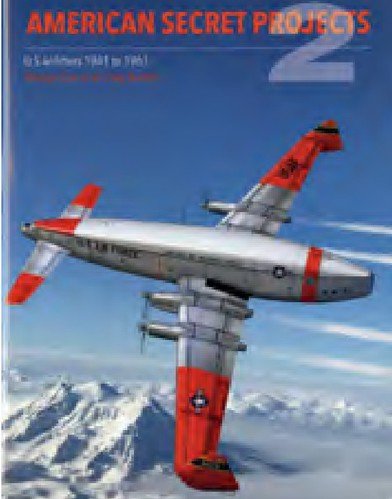 Previously released as a single volume, the amount of material discovered after publication by authors George Cox and Craig Kaston has resulted in an updated second edition. Divided chronologically, the book focuses on the progressive development of American airlifters between 1941 and 1961. While answering many questions about the rise of military air transportation, it also looks at the influence they had on civil aviation. Comprising nine chapters, including ‘The Challenges of Airlifter Design’ and ‘Learning the Lessons of War’, this title offers 300 illustrations, including colour photographs, artwork and three-view drawings, most of which are previously unpublished. While it may not be as ‘secretive’ as some readers might want, it does delve into the histories of more than 100 proposed designs, such as Martin’s Model 229 and the Douglas YC-132. Included in this category is the Fairchild M-99-07 that adorns the front cover – just a hint at the weird and wonderful blueprints found inside, some of which were the largest and most implausible aircraft ever conceived. 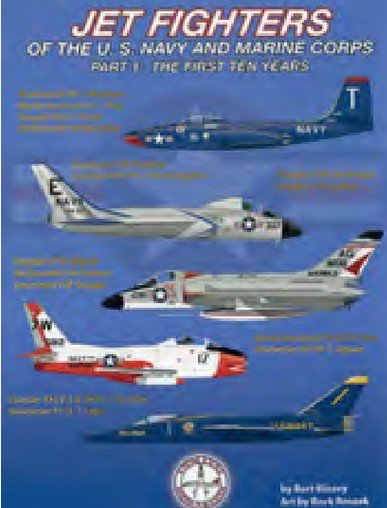 The subtitle The First Ten Years sets the scene for this absorbing and highly pictorial book, which describes the first decade of US Navy and Marine Corps jet operations. A revealing initial chapter highlights the first jet types to fly from US carriers, before the narrative shifts to the vessels themselves, their design nuances and how they adapted to accept the move from propeller aircraft to ‘kerosene burners’. It was mostly Essex-class carriers that helped usher in jet operations while still maintaining much of their World War Two configuration. The publication then focuses on the relevant aircraft chronologically, from the McDonnell FH-1 Phantom to Grumman’s F11F-1 Tiger, with a whole host of types in between. Fascinating and more eclectic jets such as the Vought Cutlass and Douglas Skyknight are covered alongside the more famous Panther and Cougar. There are also experimental oddities such as the swing-wing Grumman Jaguar and Convair Sea Dart.Print versions of the book are produced by Amazon Fulfilment, but digital copies are also available for iBook and Kindle. It’s a splendid reference, with a wealth of black-and-white and colour imagery, multi-hued profiles and insightful text. 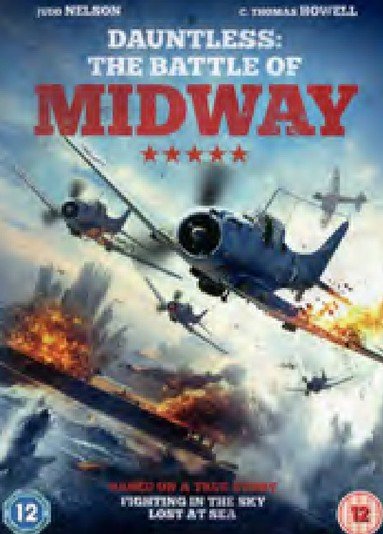 When it c omes to producing World War Two aviation stories, Hollywood has a real problem with scripts, which are often clunky and unrealistic (think 2012’s Red Tails). While we had yet to see the big budget Midway, in cinemas when this review was written, this smaller, also-ran movie Dauntless: The Battle of Midway tackles the subject by focusing on just one of many individual tales that emerged from this Pacific theatre maelstrom with the plot centring on a downed Dauntless crew and an air-sea rescue Catalina. The CGI special effects are reasonable, even if rather ‘video game’ on occasion, and while a decent attempt has been made at taking a different angle on the battle, the script could have had so much more spark and gravitas. Veteran actors Judd Nelson and C Thomas Howell are underused, and it’s left to newcomers to shore up the narrative. Ultimately, the whole is better than the sum of its parts, but it’s far from Oscar-bothering stuff. Available from Amazon and other outlets.