Almost a year after arriving in the UK, a reproduction Albatros D.Va with an edelweiss-adorned black fuselage made its long-awaited aerial debut. Darren Harbar tells its story, accompanied by exclusive air-to-air photos 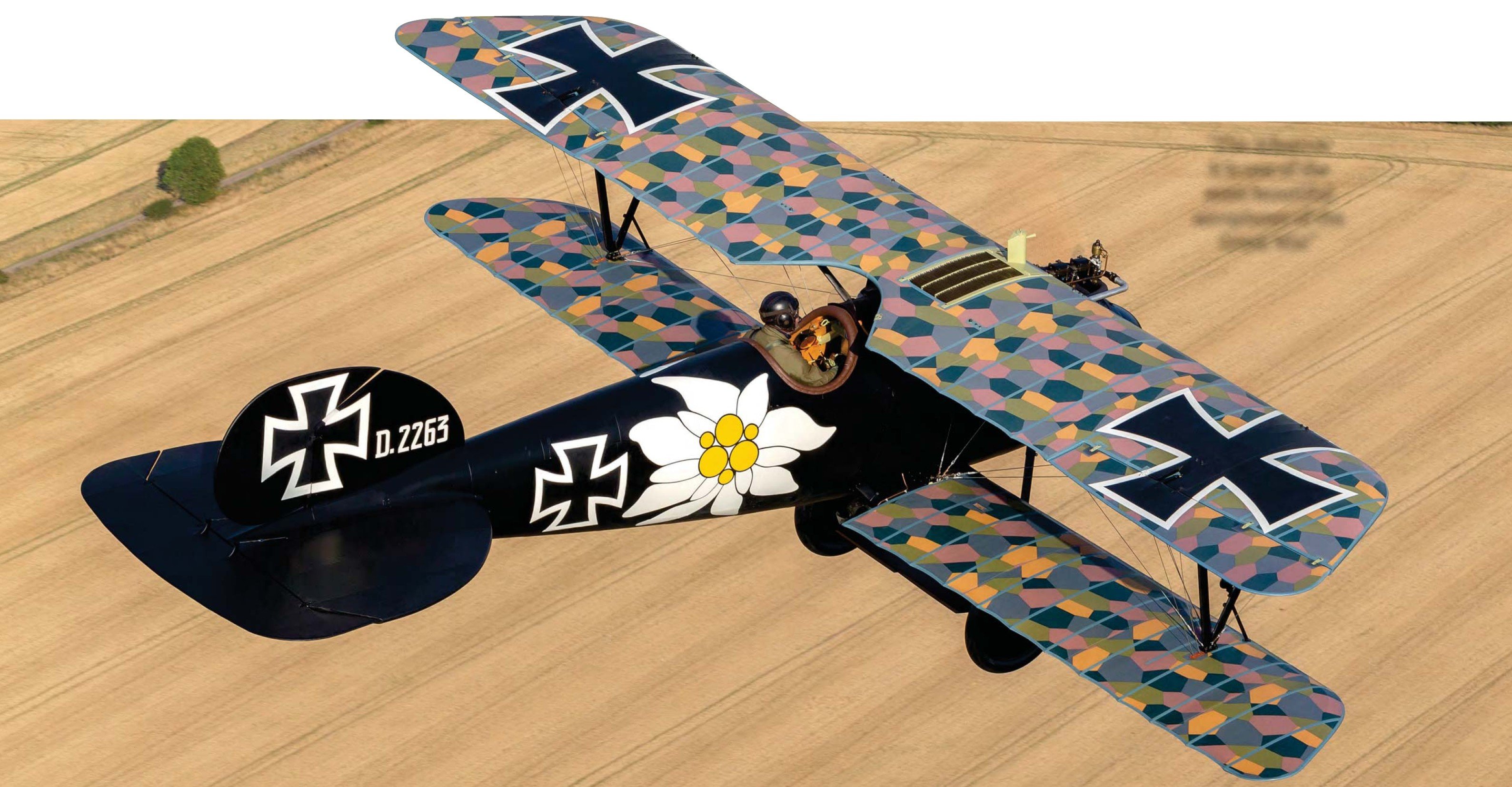 The UK once welcomed the tell-tale shape of two airworthy replica Albatros D.Vs – the first is now grounded and on display in Hendon’s RAF Museum, while the other was returned to New Zealand after sustaining damage during a forced landing on September 15. Almost two years to that day, the skies were filled once again with the putter of a Mercedes D.III engine as a third example took off from the revered grass of Old Warden, Bedfordshire for the first time.