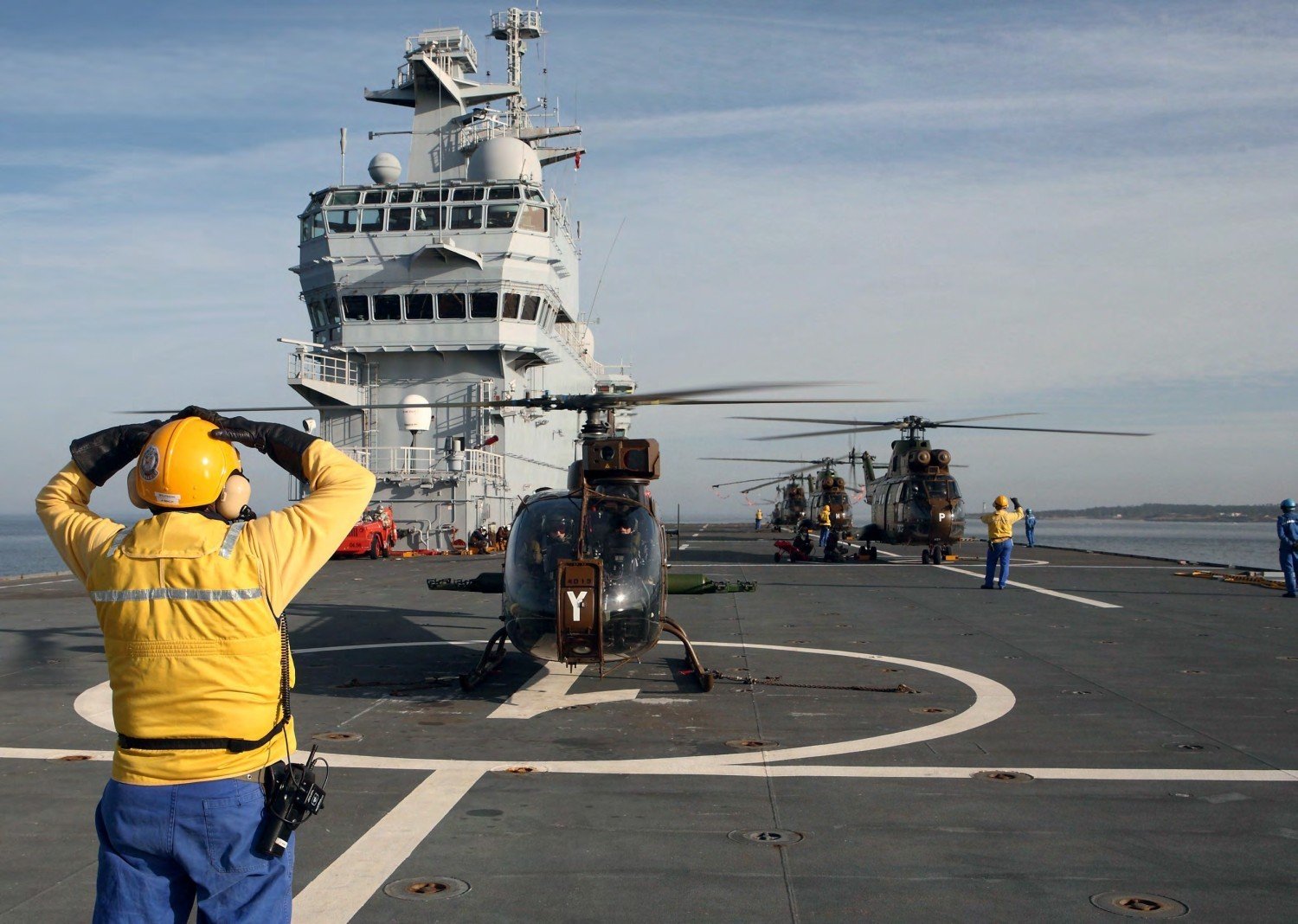 A wave of Gazelles and Pumas shortly before launching from the ‘Mistral’.

The French Navy supplements Charles de Gaulle’s carrier air group with three Landing Helicopter Docks, used for amphibious operations and special forces raids under a multi-domain battle concept. Henri-Pierre Grolleau outlines how the Mistral, Tonnerre and Dixmude and their air assets would be used in battle.

A typical ‘Mistral’-class tactical amphibious group would be built around a combined arms battle group supported by helicopters, similar to the USMC’s Marine Expeditionary Units. It would include a combat company equipped with Véhicule de l’Avant Blindé (VAB; armoured personnel carrier) vehicles, a reconnaissance and fire-support company, and a command and logistic support company for medical, technical engineering and logistical support, equipped with Toutes Roues Motrices 2000 (TR M2000, an all-wheel drive vehicle with a 4,400lb [2,000kg] payload) and TRM10000 trucks.