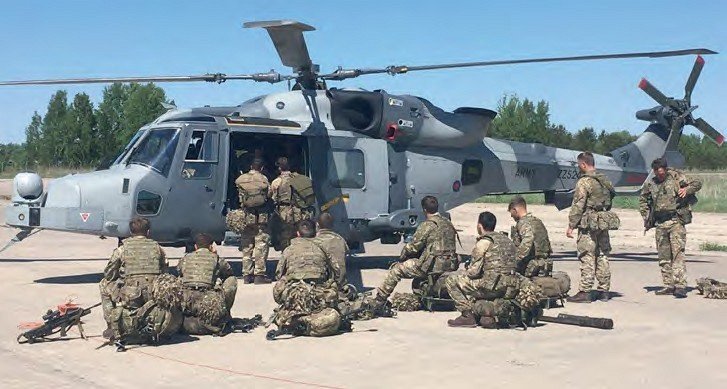 A crew from 661 Squadron briefs soldiers from 1 Royal Welsh – including members of the mortar, Javelin and sniper platoons – before they board the Wildcats for a training mission in Estonia. 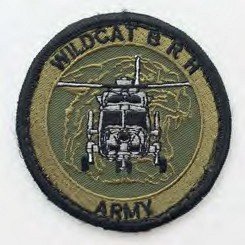 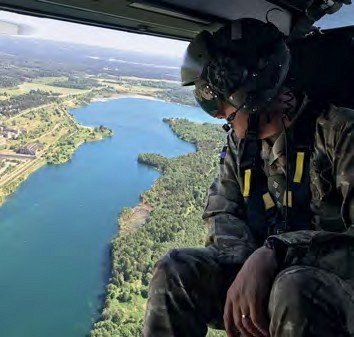 Padre Dixon flies in the back of a Wildcat to visit AAC soldiers at a forward arming and refuelling point (FARP) in Estonia.

Four Army Air Corps (AAC) Wildcat AH1s and their crews returned from four months in Estonia at the end of July. The mission – Operation Cabrit – was the first operational deployment for the AAC’s Wildcat, which succeeded the Lynx AH9A as the service’s Battlefield Reconnaissance Helicopter (BRH) and declared full operational capability (FOC) in April last year.