ON A WING & A WARTHOG

ON A WING AND A WARTHOG 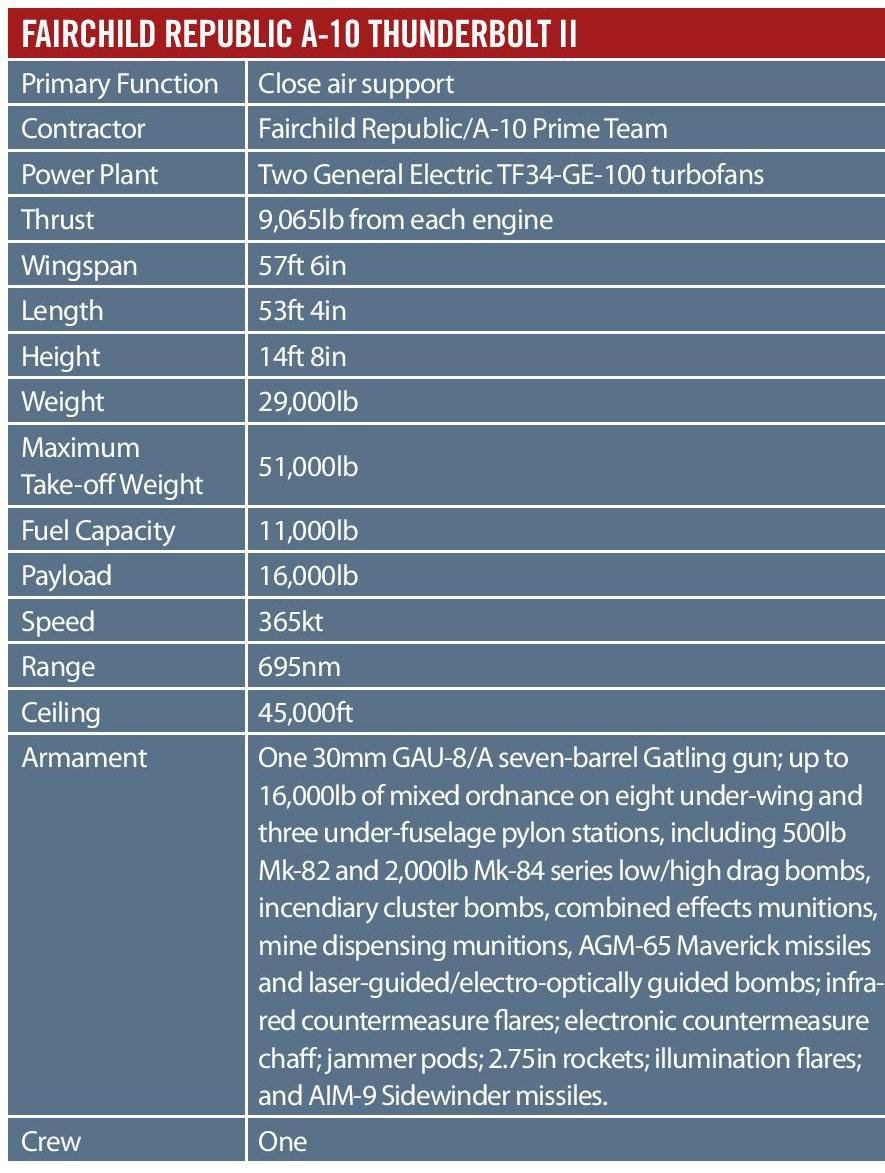 KNOWN MORE WIDELY by its nickname, Warthog, the Fairchild Republic A-10 Thunderbolt II has demonstrated it is just as adaptable and enduring as its animal namesake: the A-10 has evaded death by defense cutbacks over many years.

At the same time, Boeing was carrying out the $999m ID/IQ A-10 wing replacement contract the USAF awarded it in August 2019. The air force has ordered 44 wing sets from Boeing so far, while under a previous 2007 contract awarded to the US aerospace prime, 173 wing sets were delivered. Boeing reports that upgraded wings are more durable and efficient, and easier to maintain. That 2007 upgrade work was expected to keep 173 A-10s flying until 2030.