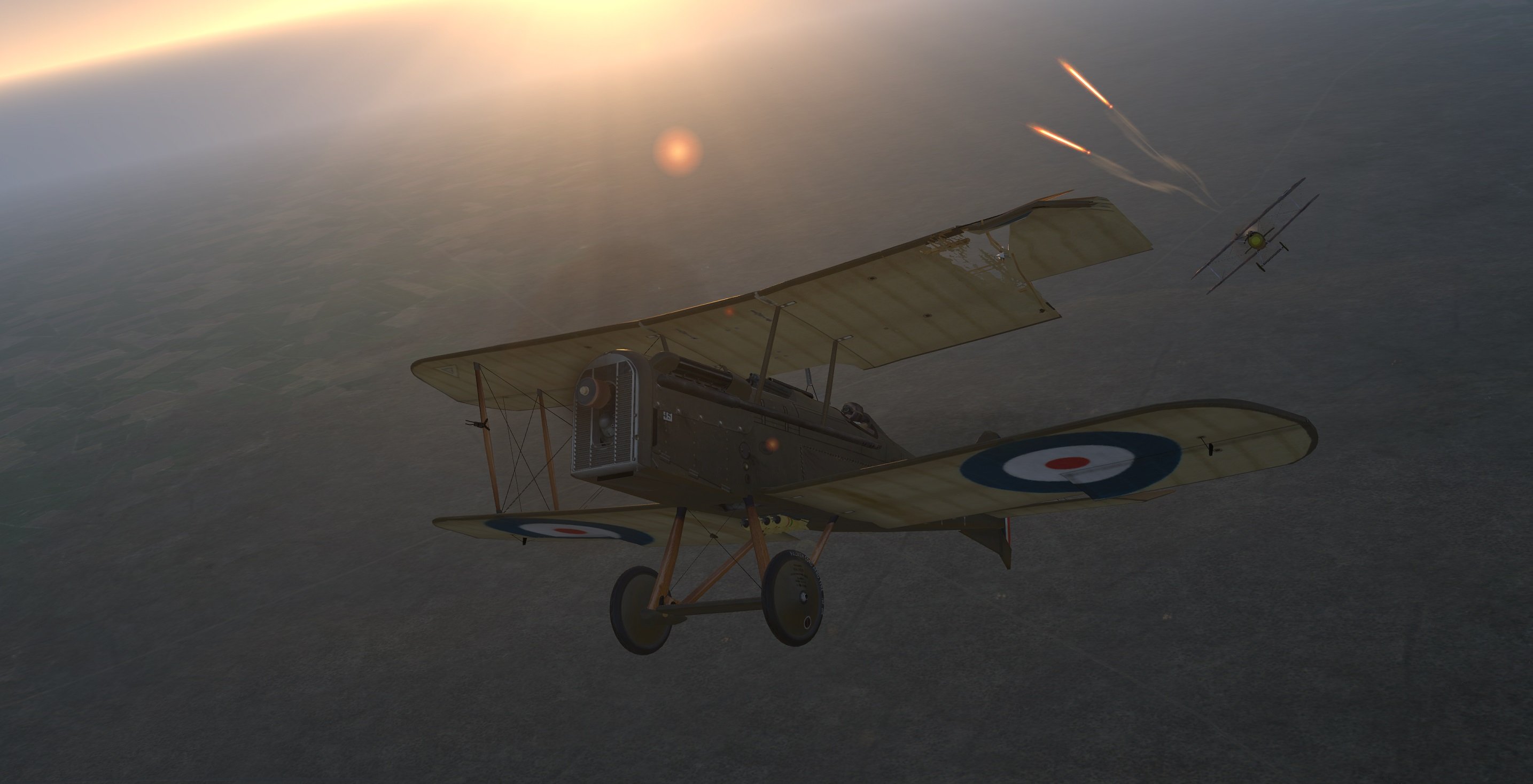 Wings Over Flanders Fields Between Heaven & Hell II has taken over 18 months of non-stop intensive work to produce an all-round immersive World War One combat flight simulator. The single-player flight simulator focuses on the player flight experience with improvements to the feel of flight, new visual effects, dynamic goggle effects, new vibrations in the cockpit and instruments. In addition, the AI is much improved.

Almost every area has been improved compared with previous versions of WOFF, including dynamic campaign features, new scenery and ground objects, aircraft changes and more - totalling 100's of new features.

The new animated pilots intelligently look around while a new wind effect with buffetting creates a more profound feeling of 'being there' when flying, especially in formation.

Each of the over 80 flyable aircraft have been updated, some extensively, such as a brand-new Albatros D.II model and much improved Albatros D.I and D.III series models. There are significant quality updates to the S.E.5, B.E.2c and B.E.12 series of aircraft and the R.E.8. 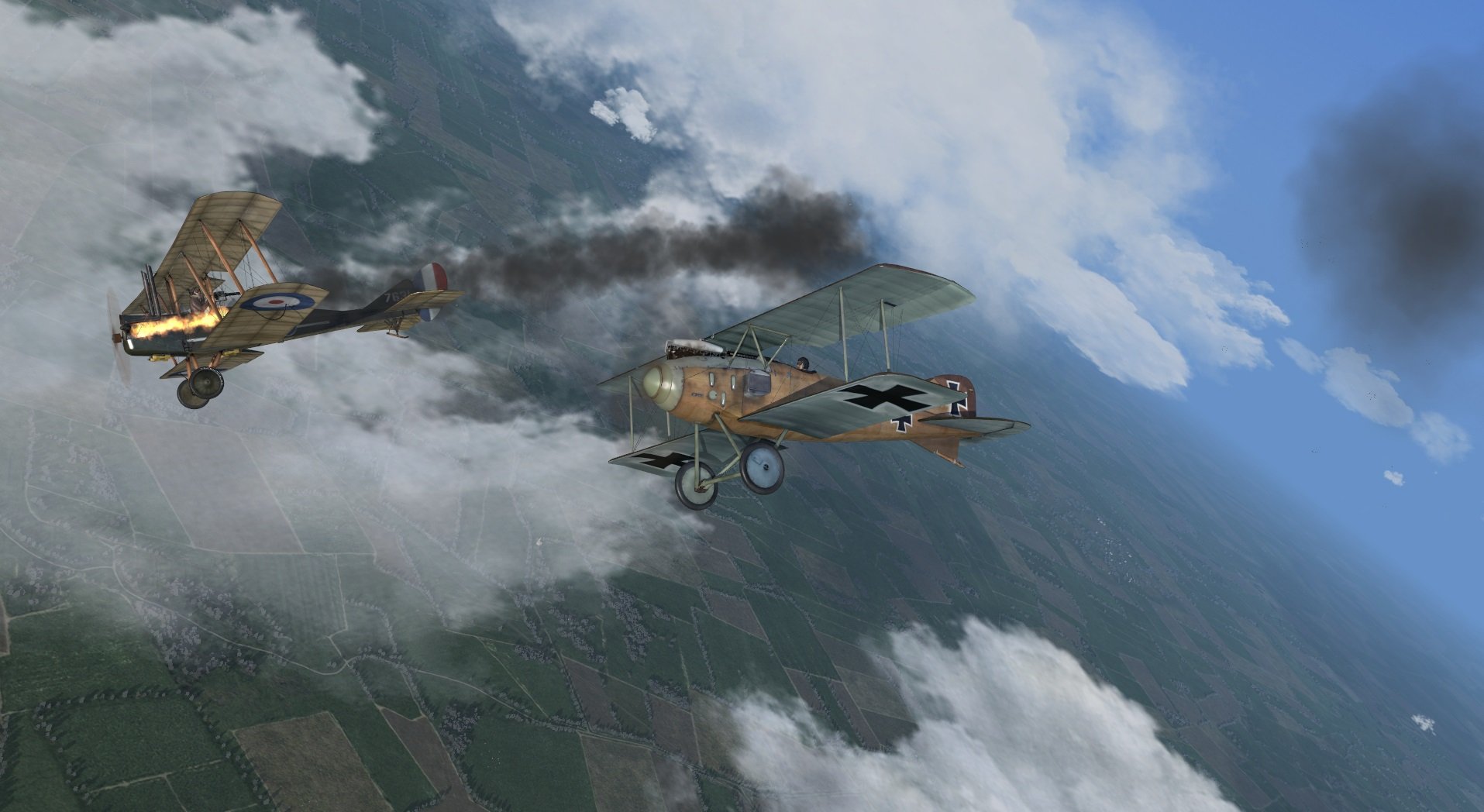 WOFF BH&H II comes with three new music tracks, specially created by musician Matt Milne for WOFF BH&H II. These are included together with fan-favourite tracks from previous WOFFs to now give over 35 menu music tracks.
Immerse yourself in one of over 500 historically accurate fighter and bomber squadrons, located in historically correct locations, which usually move at various dates across the war, with the correct aircraft of the time (over 80 flyable), anywhere along the Western Front during World War One. You can also fly Home Defence and defend England from Gotha and Zeppelin raids, or alternatively join one of the German attacking Gotha squadrons. WOFF spans from 1915 through to the Armistice in November 1918, with front lines that move to the major positions during the war, as they did. There is no other flight sim that can bring you the accuracy and feel of being a WW1 pilot feeling soaked in the World War One environment with all of the associated dangers.

Join our premium subscription today for all the latest and exclusive articles in all things aviation.