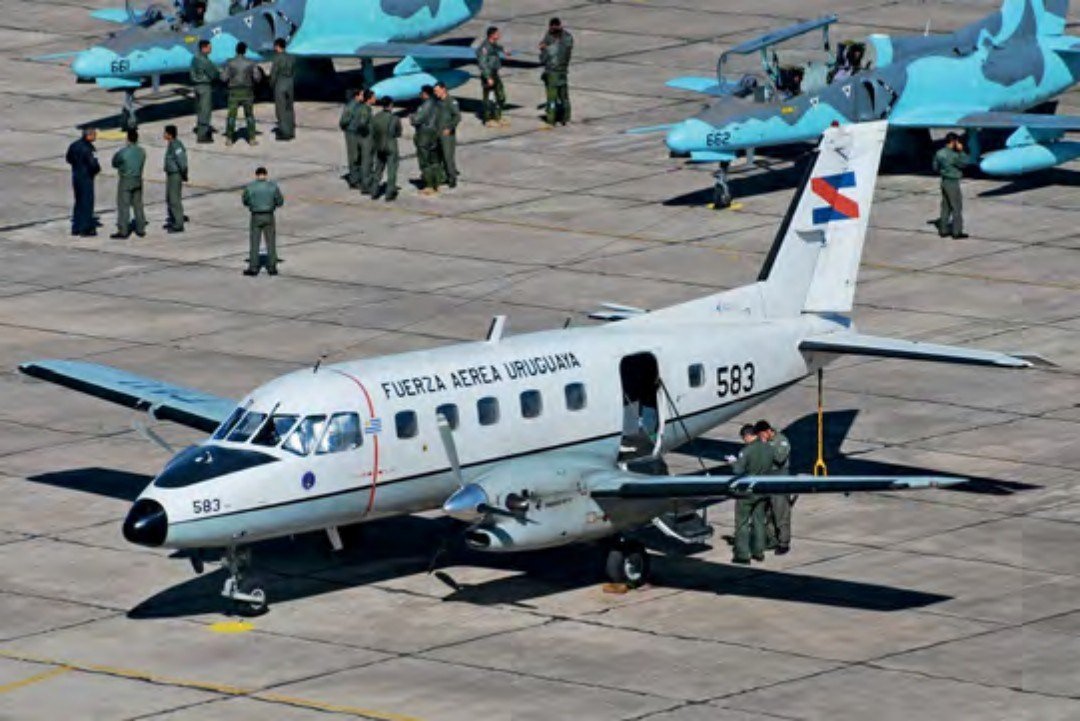 One of Escuadrón Aéreo No 3’s C-95 Bandeirantes. 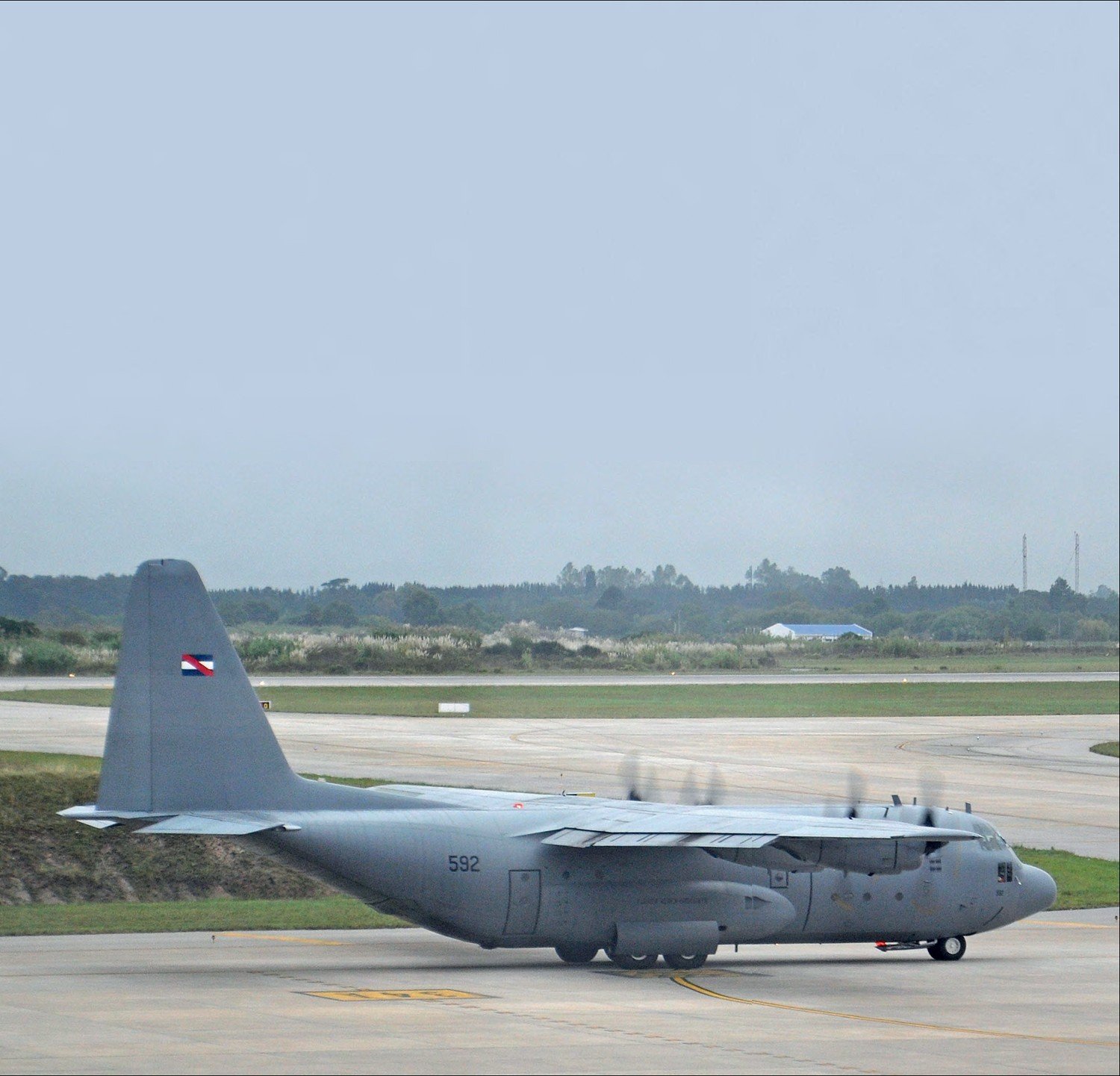 Escuadrón Aéreo No 3 (Transporte) operates a pair of C-130B Hercules.

THE FUERZA Aérea Uruguaya traces its origins back to March 18, 1913 when a military aviation school was established at Los Cerrillos, Canelones. Its first course trained ten army officers under the instruction of French pilot Marcel Paillette. However, the official creation of the FAU came some 40 years later on December 4, 1953.