Winners and losers in the FY2020 budget 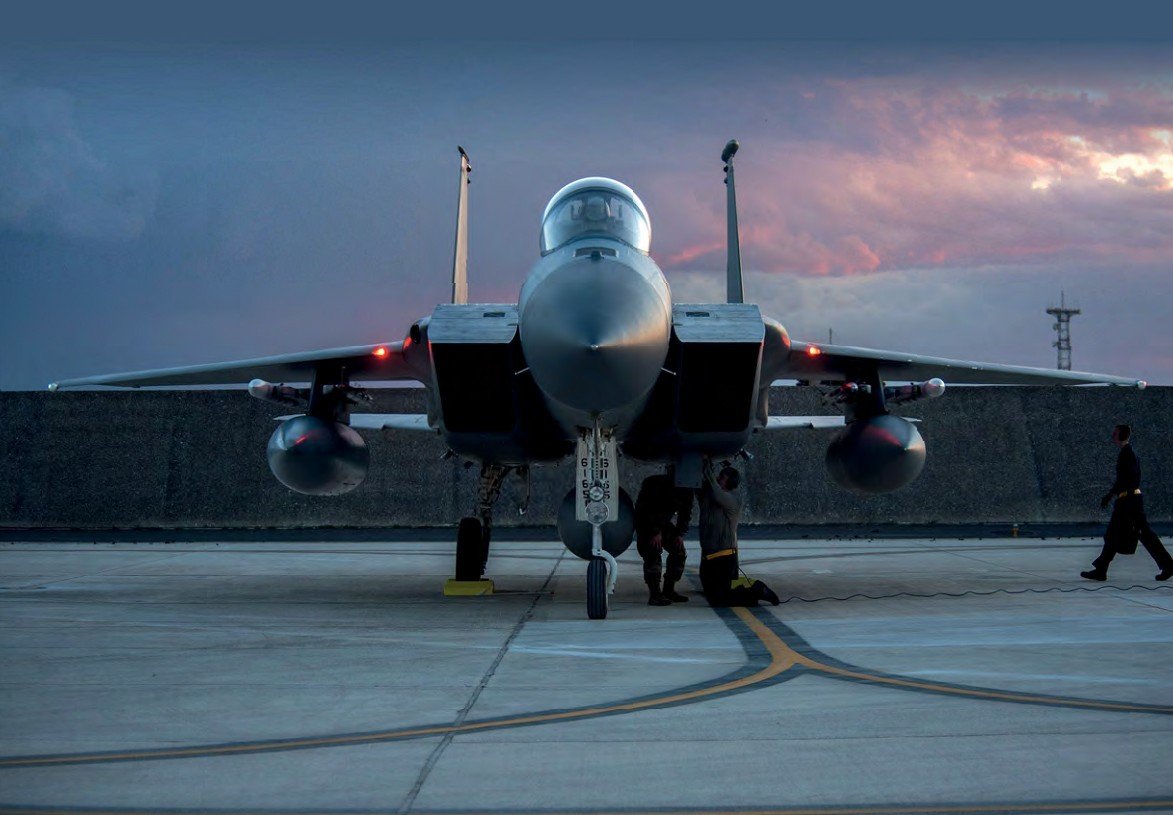 THE US Air Force’s FY2020 budget request to Congress, scheduled for the first week in February, may arrive a few days – or weeks – late, but some of the winners and losers are already being discussed

General Hawk Carlisle, former commander of Air Combat Command, once said: “The Air Force does not buy new old airplanes.” Despite this, newproduction Boeing F-15X Eagle fighters will reportedly be included in the budget request, 12 aircraft funded at $1.2 billion; this is the start of replacing 230 ageing F-15C and F-15D fighters, used by the Air National Guard for air defence, off ensive counter-air and defensive counter-air missions.

Their service life would have to be extended if they were to be retained past the mid-2020s. The Air Force now wants to buy new F-15s, rather than upgrade 40-year-old ones. How many F-15Xs are planned in total has not been disclosed, but they are unlikely to replace F-15Cs and F-15Ds on a one-for-one basis. Speaking at a briefing in Washington DC on February 1, the Air Force’s highest-ranking officer in charge of acquisition, Lieutenant General Arnold Bunch, said: “We will buy some F-15s to replace [F-15Cs and F-15Ds].”

Configuration of the F-15X has not been described by the Air Force in detail, but would surely use an F-15 airframe currently in production – such as Saudi Arabia’s F-15SA or the F-15QA being built for Qatar – but diff er in that F-15X would be optimised for the air-to-air mission, with most, if not all US Air Force F-15Xs being single-seaters. Because the Air Force has been planning on retaining its air-toground two-seat F-15E Strike Eagles until 2040 or beyond, the F-15X will not introduce a new type into either the training or sustainment pipelines.

Speaking at a briefing in Washington DC on January 18, Air Force Undersecretary (and former F-15 pilot) Matt Donovan said the Air Force does not have the capability it needs to meet the increased emphasis on air-to-air combat that followed from the 2018 National Defense Strategy’s emphasis on readiness for great power conflict. He said: “We need to increase our fighter procurement [and] replacement rate.”

Donovan pointed out the Air Force had originally planned to have 736 Lockheed Martin F-35A Lightning IIs operational by 2019, but actually has 174.

To maintain its current force structure, let alone expand to a 386-squadron objective strength, requires more fighters. Congress will have the final word on whether the F-15X will be procured. Hard questions are likely to be asked as to whether the best way to replace F-15C and F-15Ds would be to reallocate existing aircraft, increase production of the F-35A or procure Lockheed Martin Block 70 F-16 fighters.

The current F-35A programme of record has never included and allowed for replacing the F-15C and F-15D force. Accelerating F-35 procurement at a time when the service is emphasising that sustainment costs for the Lockheed Martin super fighter need to come down would certainly not avoid political controversy.

Bunch said that despite the proposed F-15X procurement, the Air Force is not backing away from the F-35. Air Force Chief of Staff, General David Goldfein stated on January 25 that procuring F-15Xs would not aff ect the number or pace of planned F-35A procurements. He said: “If they [Congress] chose to have an F-15 order, it won’t be at the expense of F-35 quantities. I’m hearing that directly from leadership in the Pentagon.”

Acting Defence Secretary James Shanahan’s link to Boeing – where he was a senior executive for many years – has led to criticism in the highly charged partisan environment prevailing in Washington DC, and reflects recent discomfort with other millionaires given high-level government appointments. This may affect the future of the F-15X. The Air Force may find that, if it wanted the F-15X, the best time to have asked was two years ago. 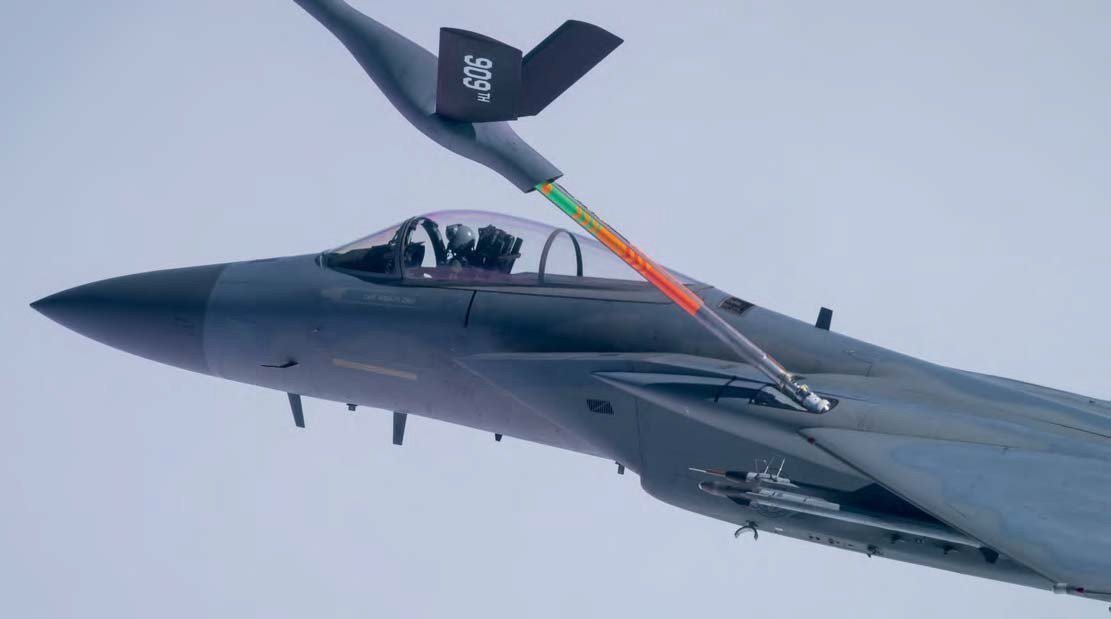 A KC-135 Stratotanker boom plugged into an F-15C Eagle during aerial refuelling on a mission from Kadena Air Base, Japan. This particular F-15C, serial number 81-0035, was built over 35 years ago. It’s an old jet and would be very costly, if not ineffective, to upgrade. Replacement with a new F-15X may well be the solution to re-arm the US Air Force with a fleet of new air dominance fighters.
Airman 1st Class Matthew Seefeldt/US Air Force

A bill-payer for the F-15X appears to be the Light Attack System/ Observation Attack Experimental (LAS/OAX) which was planned to transition to a procurement programme in late 2018 with release of a request for proposal (RFP). This was expected to set up a competition between the Embraer/Sierra Nevada A-29 Super Tucano and the Textron AT-6 Wolverine, both singleengine two-seat turboprops, but according to Bunch, “is not an area where the Air Force can do a large procurement at this time”.

During his January 18 presentation, Donovan said to not expect the RFP anytime soon. The Air Force instead sees continuation of the experiment, which means no aircraft will be competed or procured. He said: “We are going to broaden the scope. We’re not excluding anything in 2019. There will be more to follow on this.” Bunch said: “The Air Force wants to include allies and partners in future experiments. Not everyone needs an F-35.

We want to explore trade space with our partners.” He said the experiment would be “broadened, to include more technical solutions”, focusing on technologies and networks as well as aircraft. “We will continue to look at networks without partners. Aeronet, a low-cost exportable system using commercial off-the-shelf technology has already been demonstrated.”

This represents another Air Force course change. In 2018, Congress supported the procurement of LAS aircraft for both the Air Force and Marine Corps. Bunch said the Air Force would need to explain to Congress why it decided not to issue the RFP and start LAS procurement this year.

The Air Force is giving up a window of opportunity that, in light of the political and personnel changes in Congress, may not come again. However, if the Air Force is serious about investing in a 386 combat squadron force objective that it announced in 2018, there are no light attack squadrons planned as making up that total. This eff ectively put it in competition with the Boeing T-X trainer, which is a procurement programme that does not count as part of the 386-squadron force structure. 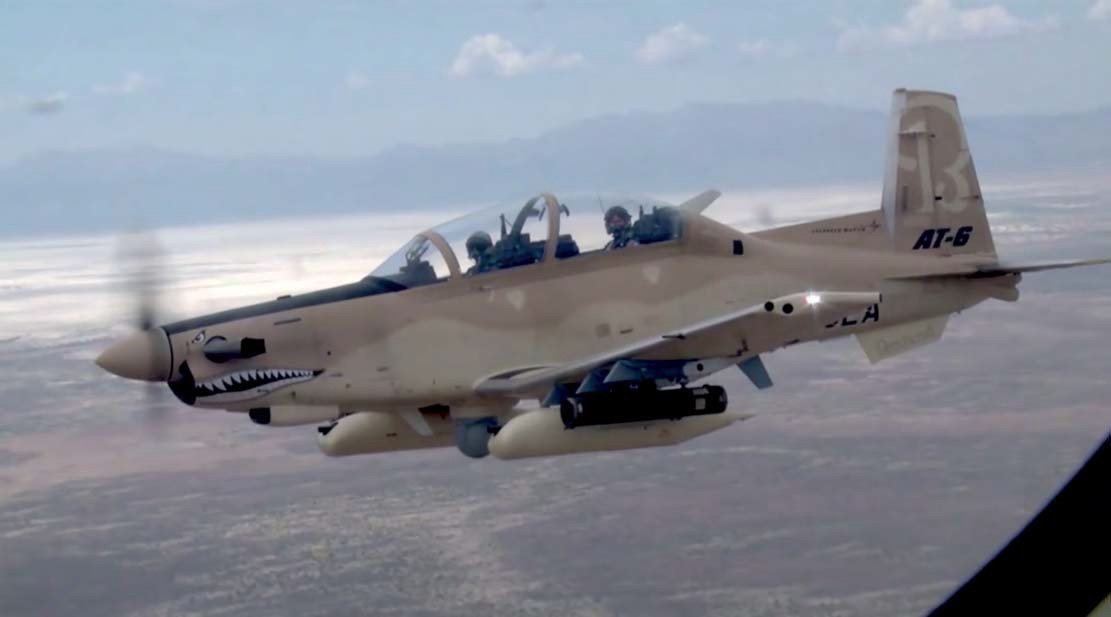 There was never a question that continued procurement of the Boeing KC-46A Pegasus tanker was going to be included in the FY2020 budget request, even though the type’s first delivery to the Air Force came some two years late.

A ceremony marking the KC- 46A entering service was held on January 25 when the first two were delivered to McConnell Air Force Base, Kansas, with another two to follow before the end of February, followed by four to Altus Air Force Base, Oklahoma. Within a year, some 36 KC-46As will be delivered.

The resignation of former Secretary of Defense James Mattis opened the way for the implementation of an Air Force plan (which Mattis had previously blocked) to start accepting deliveries of KC-46As so that training could begin, accepting Boeing’s commitment that deficiencies would all be corrected on aircraft after delivery. Because Acting Secretary of Defense Patrick Shanahan is barred from making decisions regarding the KC-46A programme, Undersecretary for Acquisition Ellen Lord reversed Mattis’ decision.

Boeing has a lot of work to do on its KC-46 programme. Wingtip air refuelling pods will not be delivered until mid-2020; fixes to the KC-46A’s technical problems will take years to fix and implement. The KC-46A still has three Category I major deficiencies, two with the boom operator’s remote vision system and one with stiff boom problems, which could damage receiver aircraft. Lieutenant General Bunch stressed the KC-46A is a “safe aircraft to fly because it has been through all its certifications”, with the final one being awarded in mid-December after an intensive flight test programme at Edwards Air Force Base, California. Bunch said that in the air the KC-46A had met all its key performance parameters and the Air Force could start to train aircrew and technicians, while Boeing remains responsible for getting the aircraft to comply with the contract terms through the initial operational testing and evaluation period.

F-15X and the LAS may have little in common as Air Force combat aircraft, both dependent on Congress providing money for aircraft that are not in the Air Force’s long-term planning documents. While the LAS was intended to be an add-on – it was not replacing any aircraft or being procured in place of any aircraft – the F-15X is going to start by upgrading Air National Guard readiness, and Congress is a strong supporter. While the future of both the F-15X and the LAS is uncertain, the odds are with the faster aircraft. 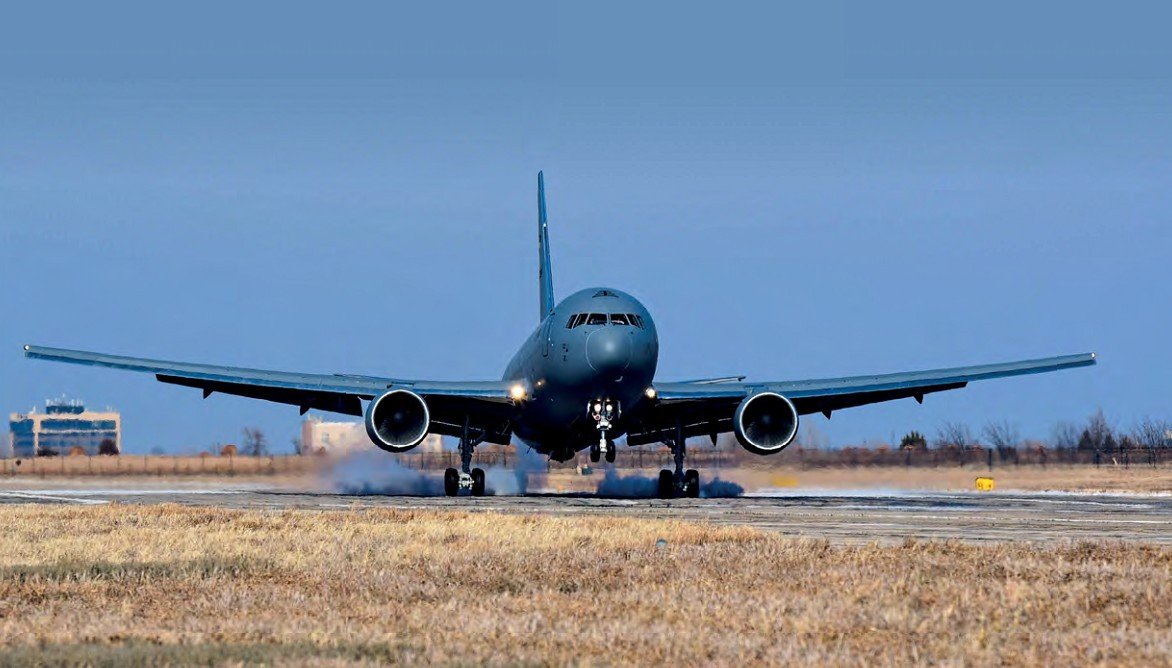