In re-forming its High Speed Flight after World War Two, the RAF had but one aim: to break the outright world air speed record. In doing so, the service generated considerable prestige for itself, and for the Gloster Meteor that made the feat possible 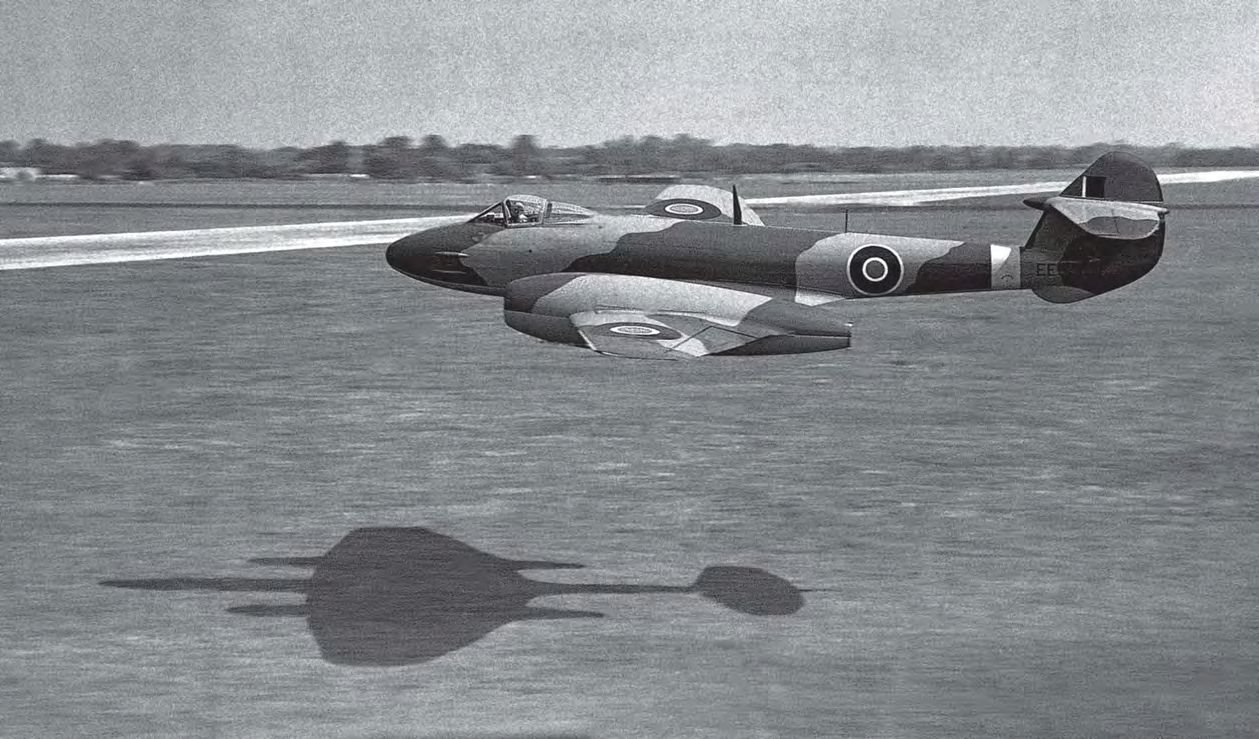 A tremendous beatup of Tangmere by Gp Capt Edward ‘Teddy’ Donaldson in Meteor IV EE530 of the High Speed Flight in July 1946. This was one of the unit’s ‘hack’ aircraft provided for training purposes.
ALL PHOTOS AEROPLANE

Formed at Felixstowe on 1 October 1926, the Royal Air Force High Speed Flight was born of necessity. Following the failure by Britain to win the 1926 Schneider Trophy contest at Hampton Roads, Virginia, the Air Ministry decided to create a specialist unit to ensure that the British team for the 1927 event would be both better-prepared and better-equipped. Victory for a Supermarine S5 bore out the effectiveness of the new approach.