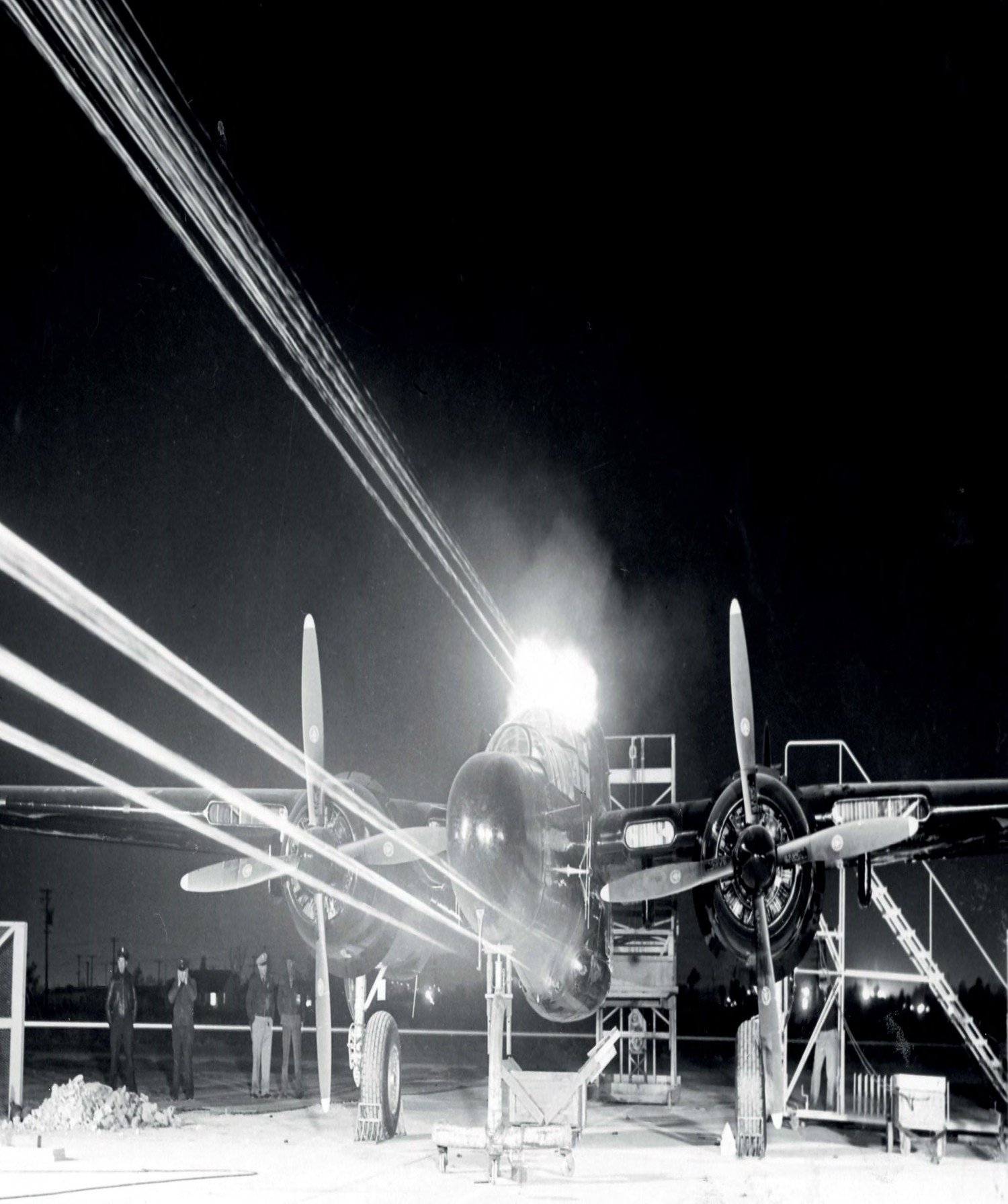 The firepower of the Black Widow was best seen in the dark: four 0.50in machine guns in the top of the turret and four 20mm cannon in the belly.
JOHN MYERS

Thanks to the Ardennes campaign – famed as the ‘Battle of the Bulge’ – the pilots of the 422nd Night Fighter Squadron (NFS) became the top scorers on the huge but highly capable Northrop P-61 Black Widow. Germany’s last-ditch offensive of December 1944 may have taken the Allies by surprise, but the fierce fighting in bitter wintry conditions provided plenty of ‘trade’ for the all-weather predators to take their total of victories to 43. That figure included five ‘aces’.