Within the realms of Marina Raskova’s three female fighter regiments, two pilots took their duties to the next level. Read part one of their incredible stories 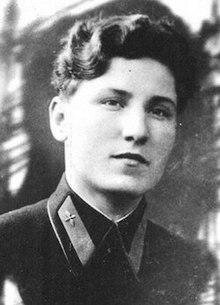 In a small village in Russia in 1916, a peasant family welcomed their newborn daughter, who they named Yekaterina Budanova. ‘Katya’, as she would come to be known by her family and closest friends, was a shy girl, one who worked hard to achieve the highest grades she possibly could at school. However, after her father’s tragic death, Katya was forced to leave school and become a nanny, caring for her siblings day after day and no longer able to continue her studies.

At just 13, Katya was sent to Moscow, where her sister was already working. Joining her, Katya began to work as a carpenter in an aircraft factory; it was here that her fascination with aviation started. In her spare time, she joined the aeroclub’s parachutist section and went on to gain her flying license in 1934. Her passion was such that she even went on to graduate as a flight instructor in 1937. She flew her main aeroplane, a Yak UT-1, in many air parades.

In June of 1941, the Germans initiated a surprise attack on the USSR under the code name ‘Operation Barbarossa’. The strong-willed Budanova wrote to her sister of the attack, claiming, ‘I am now devoting my entire life to the struggle against the vile Nazi creatures’. And so, carrying through on her promise to devote her life to the cause, Katya enlisted in military aviation. The timing, it turned out, would be quite fortuitous. Budanova’s enlistment coincided with the inception of Marina Raskova’s formation of three female fighter regiments: the 586th fighter regiment, 587th bomber regiment, and most famously the 588th night bombing regiment: the Night Witches. Considered to have a wealth of experience, Katya was assigned to the 586th fighter regiment, one which was reserved for only the elite female pilots. She signed off her letter to her sister, ‘If I am fated to perish, my death will cost the enemy dearly. My dear winged ‘Yak’ is a good machine and our lives are inseparably bound up together; if the need arises, we both shall die like heroes’. 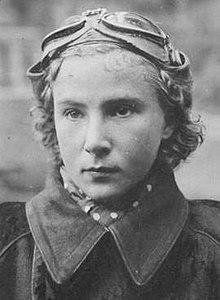 Born in Moscow in 1921, Lydia was five years Yekaterina Budanova’s junior. Her parents, Anna and Vladimir Litvyak, were also considerably more well off than Budanova’s family – although it hadn’t always been this way. Both had come to Moscow as peasants and had found work afterward. Her mother worked as a shop assistant, whereas her father took on multiple roles, namely a train driver and railway man.

Like many young people educated after the 1917 revolution, Lydia was taught that the USSR had the ability and the right to alter any aspect of life at will. A strong believer in the notion, she became a member of the Little Octobrists and the Young Pioneers, before joining the ranks of the Komsomol, the youth branch of the Communist Party. Then, at aged just 14, she enrolled in a flying club. An extremely bright girl, she performed her first solo flight at 15 before graduating from Kherson military flying school with her flying license. After this, she mirrored Budanova’s movements, becoming a flight instructor.

By the time the Germans invaded the USSR in 1941, Litvyak had trained 45 students, all of whom had obtained their licenses successfully. She was just twenty years old. Despite her young age, Lydia had a fierce and head strong approach to life. Determined to fight for her country, she tried to enrol in a military aviation unit but was turned down due to lack of experience.

One setback was not enough to stop Lydia Litvyak, however. She exaggerated her flight time by over 100 hours and as such was accepted into the 586th female fighter regiment alongside Katya Budanova. Determined not to make things easy for herself, Litvyak continually broke rules while undergoing training. If she wasn’t going AWOL to dance with soldiers, she was bleaching her hair peroxide blonde, and if she was doing neither of these then she was customising her standard-issue uniform. She was branded ‘a swanky, flirtatious aviatrix’.

Had it not been for her utter brilliance in the air, Raskova may not have put up with Lydia’s obvious weaknesses. However, the instinctual fighter knowledge that Lydia displayed was difficult to protest. Raskova saw Lydia Litvyak as something of a kindred spirit, considering her to have an ability that no amount of training could provide. As a result, her wild and reckless ways barely even made a dent in her military record. Later, Lydia would go on to write to her mother, ‘What can be in store for me? Either something wonderful and magnificent, or everything might collapse in an instant into the ordinary routine of the civilian life which ordinary sinners live.’