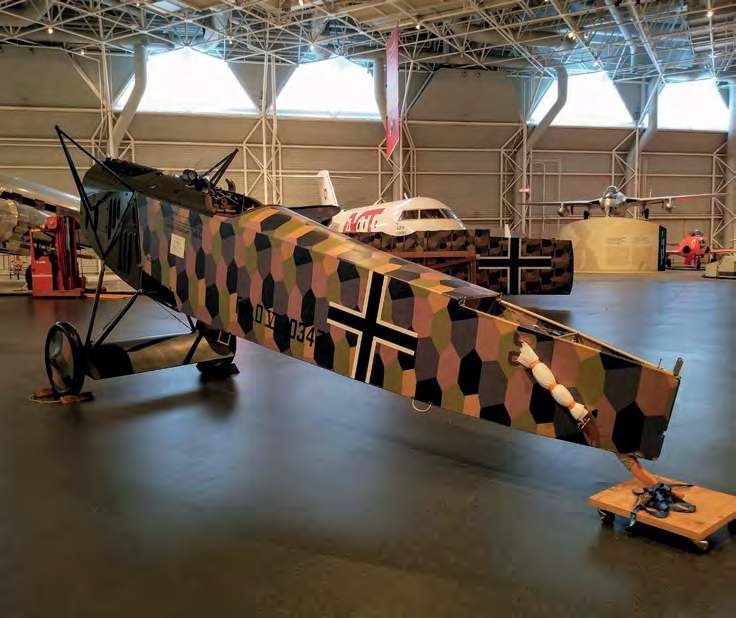 The fuselage of recently completed Fokker D.VII 10347/18 after being rolled in to the main exhibition hall at the Canada Air and Space Museum in mid-January. CASM BELOW: The reproduction SE5a, E5668, has the Wolseley Viper engine and propeller from an original example which was delivered to Canada in 1920.
CASM

In mid-January, the Canada Air and Space Museum at Rockcliffe, Ontario took delivery of Fokker D.VII 10347/18 from New Zealand, where restoration has been completed by The Vintage Aviator. Work on the Fokker restoration was started way back in 1975, but was suspended mid-project 40 years ago when the decision was taken to complete the museum’s Curtiss HS2L flying boat.

The Fokker, one of 22 taken to Canada after the war, went to New Zealand about four years ago. It has been fitted with a Mercedes D.III engine from another D.VII, 6849/18, which went to Canada as war reparations in 1919, the powerplant ending up in the University of Manitoba.

Also arriving from New Zealand was a Royal Aircraft Factory SE5a reproduction which includes some original parts with Canadian provenance. These include a 210hp Wolseley Viper engine and a propeller from an SE5 that was part of the 100-plus-strong group of aircraft presented to Canada by the British government in 1920.

In exchange for the work undertaken by The Vintage Aviator, the Canadian museum’s Mann Egertonbuilt SPAD VII has gone to that organisation for restoration to fly at Hood aerodrome. The SPAD — which was once part of legendary movie pilot Frank Tallman’s collection and was acquired from another American owner in 1965 — is a composite aircraft built from the remains of two original airframes. It is estimated to be about 15 per cent original, including the Vickers gun and Hispano engine and propeller. The type was flown by a few Canadian pilots with No 19 Squadron in France including Maj Albert D. Carter from New Brunswick, who scored 15 of his 29 victories flying SPADs during 1917. It was reasoned that B9913 is not of such importance to Canadian aviation history as the SE5 and the highly original D.VII before the deal was done. 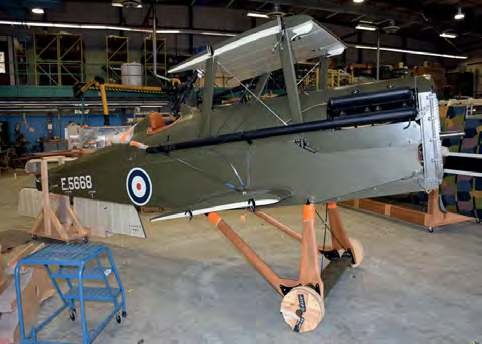