Laminar Research has officially released X-Plane 11.50, introducing the Vulkan and Metal rendering engine to the platform. 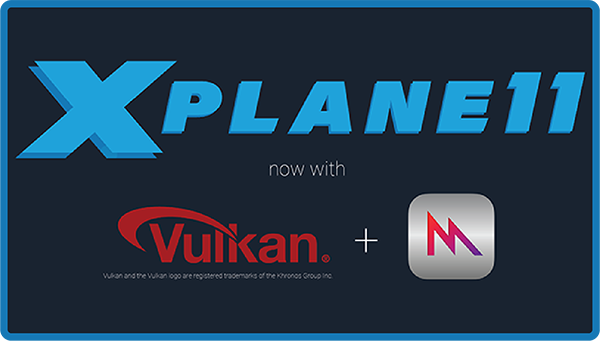 X-Plane 11.50 is a major update that completely rewrites the rendering engine to use modern rendering APIs: Vulkan (on Windows and Linux systems) and Metal (on Mac).

Before version 11.50, X-Plane used OpenGL exclusively. OpenGL is a standardized way to talk to a computers graphics card and put images on the screen. With version 11.50, X-Plane introduces the Vulkan and Metal graphics engine. These are similar standards but are more modern and efficient than OpenGL. Vulkan and Metal reduce the amount of overhead necessary to talk to the graphics card, resulting in faster video processing, fewer visual stutters and an overall increase in frame rates.