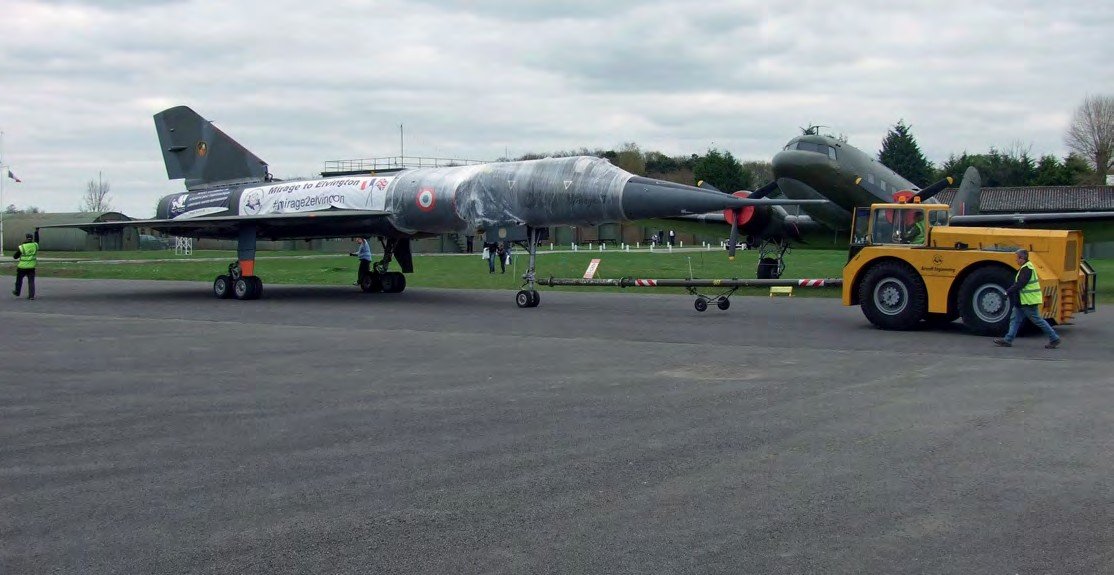 The post-reassembly move of the Mirage IV as it heads for covered accommodation at Elvington on 7 April.
YAM

DASSAULT Mirage IVA serial 45/BR became the only example outside of its mother country at the end of March after the 530-mile surface trip from Châteaudun air base south-west of Paris to the Allied Air Forces Memorial and Yorkshire Air Museum (YAM) at Elvington near York. Reassembly began at the museum on 2 April, with the arrival of French Air Force personnel David Dron and Lionel Schmitt, both experienced Mirage IVA technicians. They led the YAM aircraft heritage team in the reconstruction of the bomber. This particular Mirage IV made its maiden flight on 6 May 1966, completing 6,309 flight hours before retirement on 11 September 1991. It was exhibited at the Cité des Sciences et de l’Industrie in Paris from March 1995 to January 2009, before returning to Châteaudun.