Yankee gets an A-4 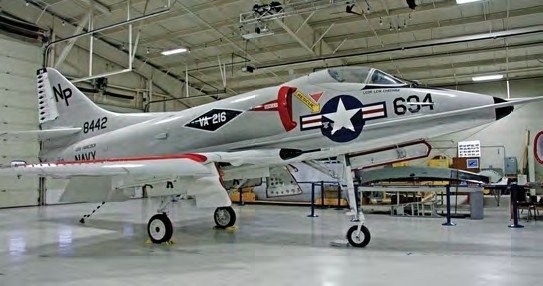 The newly delivered A-4 Sky hawk at the Yankee Air Museum on3December.
YAM

Douglas A-4C Skyhawk BuNo 148543 arrived at the Yankee Air Museum at Willow Run, Michigan on 2 December 2016. It is now on display on long-term loan from the National Naval Aviation Museum at Pensacola, Florida. The lightweight strike aircraft has been painted as BuNo 148442 of VA-216, based on the USS Hancock and flown by Lt Cdr Paul Galanti, who achieved 97 combat missions over Vietnam. He was shot down and captured on 17 June 1966, and spent seven years as a PoW until being released during February 1973.